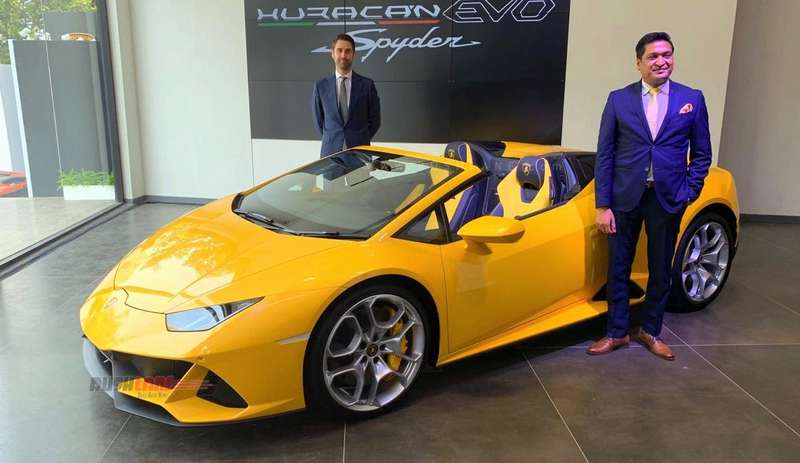 2019 Lamborghini Huracan Evo Spyder has been officially launched in India. It is based on the Huracan Evo Coupe, which was launched in February this year at Rs 3.7 cr. The Spyder variant comes with a convertible rooftop. It is powered by the same engine as the Coupe but commands a higher price of Rs 4.1 crore. All prices are ex-sh.

The soft top Lamborghini Huracan Evo Spyder gets an electro hydraulic mechanism that can lower the soft top in 17 seconds at speeds upto 50 kmph. It also gets pop over roll over bars and new styling on its rear deck along with a new engine cover.

The roof folding system however increases weight by 120 kgs taking total weight upto 1,542 kgs thus making the Huracan Evo Spyder slower by 0.2 seconds as compared to the hard top version. Acceleration from 0 to 100 kmph is achieved in 3.1 seconds while top speed stands at 325 kmph. 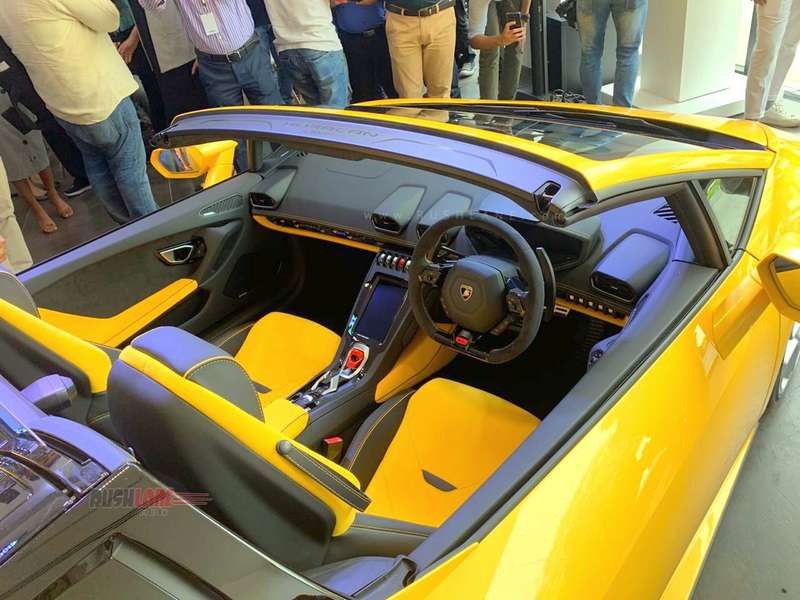 The new Lamborghini Huracan Evo Spyder gets several updates such as LDVI (Lamborghini Dinamica Veicolo Integrata) with four wheel steering and a torque vectoring system and Lamborghini Dynamic Steering (LDS). Its interiors are seen with an 8.4” touchscreen infotainment system which is located on the central console above the start button and allows for better connectivity with multi finger gesture control.

A multimedia system incorporated connected navigation and entertainment for web radio and video player while the intuitive interface allows for voice commands and connects the driver with Siri. There is also an optional dual camera telemetry system and an integrated high capacity hard disc.

Where its exterior design is concerned, the drop top variant looks identical to the hard top Coupe but with coloured bumpers instead of black ones and blacked out A Pillars. At the rear it gets a duck tail spoiler while underbody has been revised for better aerodynamics.