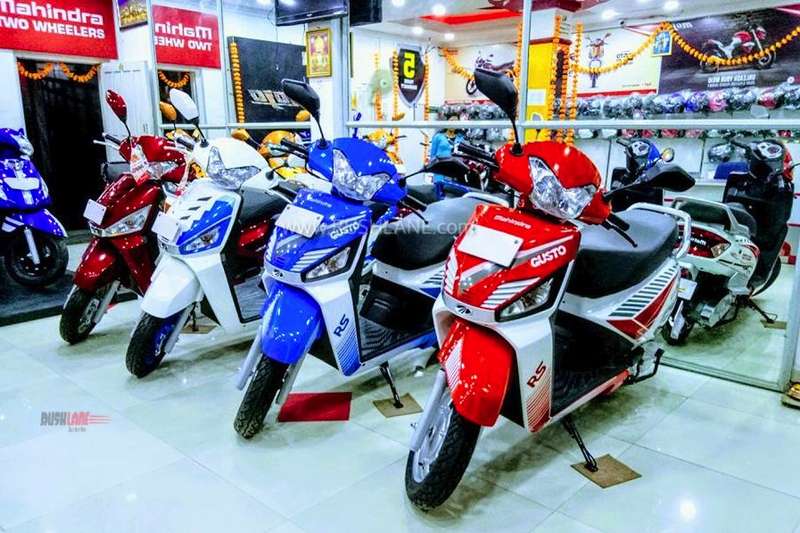 Mahindra two wheelers took the bold decision of axing all its scooters and bikes a while earlier, except the Mojo. The brand has banked on Mojo sales alone to hold up its two-wheeler undertaking. Over the last few months, Mahindra Two Wheelers have been registering 0 sales. The reason, none of their two wheelers met the govt safety norms.

Both Mahindra Gusto models feature a standard drum brake setup. Suspension is through telescopic front forks, and a rear monoshock setup. Gusto 110 CBS and Gusto 125 CBS will be available for sales at dealerships soon. Mahindra Gusto will take on the likes of Honda Activa, Hero Maestro, Suzuki Access, TVS Jupiter, and other scooters in the 110-125cc segment.

Next Mahindra will launch Mojo ABS, which has already arrived at dealerships. Apart from new Gusto CBS, Mahindra is also planning on launching an electric variant of Gusto. The new electric scooter from Mahindra will share underpinnings with Mahindra Gusto.

More details of electric engine, battery type and other features have not been revealed but one can expect this new electric model to sport a lithium ion unit. Similar features such as telescopic front forks and height adjustable seat from the Gusto 125 are likely to make their way to the new electric scooter.

This electric scooter project based on the Mahindra Gusto will be sold under Mahindra Two Wheeler Limited and is a part of the Government of India initiative to focus on electric vehicles in the future.