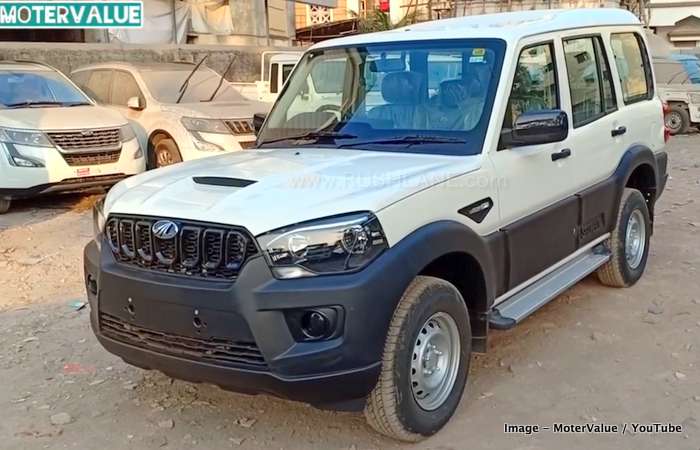 Launched back in 2002, the Mahindra Scorpio has been one of the most successful SUVs in the country. Over the years, Mahindra has continuously brought in facelifts and model upgrades to ensure that the SUV stays relevant in the highly competitive market. Regulatory norms also ensure that the SUV gets minor upgrades, as and when required. Continuing with the trend, Mahindra has introduced minor updates in the S3 (base) variant of the current Scorpio.

The video from Motervalue shows what all has been included in the base variant of the 2019 Scorpio. The S3 continues to draw its power from a 2.5-litre turbocharged diesel motor which churns out 75hp and 220Nm of max torque. It is mated to a 5-speed manual transmission while power is transferred only to the rear wheels as an all-wheel drive option is not available in this trim.

Structurally, there is no difference between S3 and S11 variants, however the base trim misses out on chrome, body-colored cladding, roof-rails etc. Instead, it gets a healthy dose of black plastics across. Mahindra is offering only steel rims in this variant and even wheel covers have been given a miss. What is new in the 2019 offering is that Mahindra has added a hydraulic lift bonnet and ABS, which were not available in the S3 grade in the past.

The car in the video happens to be a 9-seater variant. It is also offered in 7 seater variant. Both variants of S3 are priced at Rs 10 lakhs, ex-sh. Mahindra also offers the Scorpio in 7 seater configuration, but not with the S3 trim. Talking about the overall trims, there are 5 on offer, namely S3, S5, S7, S9 and S11. The S3 (equivalent to the S2 grade of the pre-facelift version) has usually seen good demand in rural, semi-urban markets and is also the preferred choice by car rental services like Zoomcar etc.

Talking about the future, Mahindra has already started testing the next generation Scorpio in the country. The upcoming Scorpio is expected to launch in 2020 and will feature a new platform and a new 2 litre turbo diesel unit, which will be BS-VI norms compliant. Power figures are expected to be in the 150-160hp range, an increase from the current 140hp (offered in the top-end variants).

Just like the current version, 2020 Scorpio will continue to use a body-on-ladder chassis configuration but there shall be consider improvements in the overall handling and performance of the SUV. Over the years, competition for the Scorpio has increased and it will continue to do so, with new entrants like MG Hector and Kia’s SUV coming in the market!