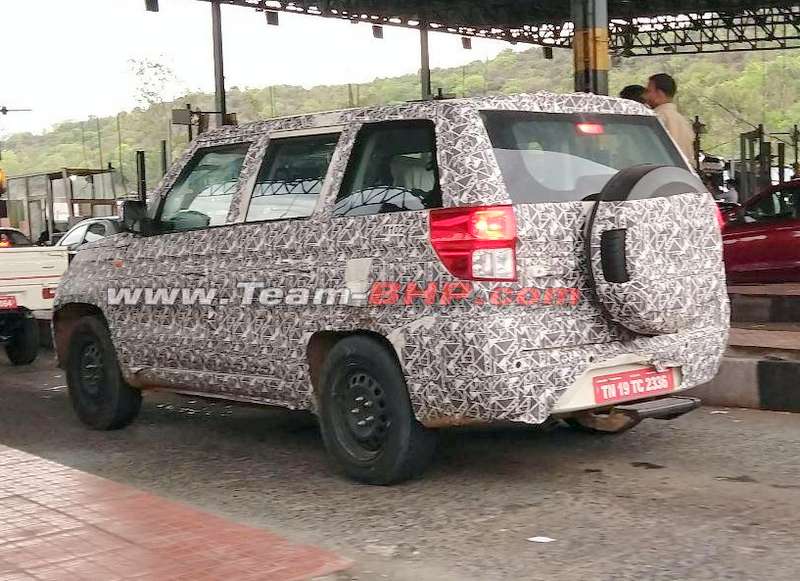 Codenamed M102, the updated version of Mahindra TUV300 Plus 7-seater has been spotted testing in India. Though the prototype was fully covered in camouflage, we know most of the changes will be identical to those seen on the recently updated sub-4m TUV 300.

Just like its smaller sibling, the TUV300 Plus is expected to receive a revised five-slat front grille finished in piano black, smoked headlamp clusters with integrated DRL elements, and additional black plastic cladding. The spyshots indicate that the profile will continue without any immediately noticeable changes while the rear fascia would receive subtly revised taillights.

Inside, the TUV300 facelift comes with additional silver accents on the dashboard and we expect the same to be carried forward to the Plus variant as well. In terms of equipment, the Mahindra TUV300 Plus will offer standard dual airbags, ABS, reverse parking sensor, speed alert system, driver and front passenger seat belt warning. We also expect the top-spec variant to offer an updated touchscreen infotainment system. 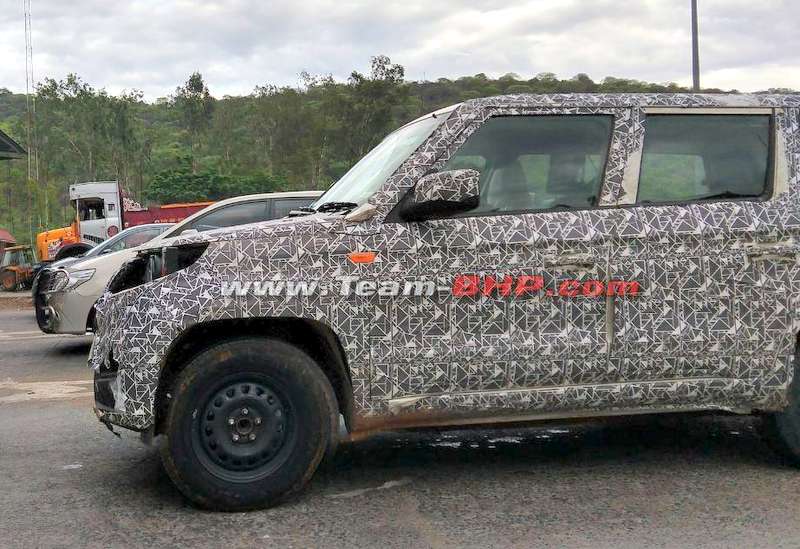 The facelifted TUV300 Plus will be powered by a BS-VI version of the 2.2-liter four-cylinder turbocharged diesel engine which is mated to a 6-speed manual transmission. In its current avatar, the motor produces 120 hp and 280 Nm of torque. The chassis is expected to be reinforced to meet the upcoming crash test norms.

The Mahindra TUV300 Plus is currently priced at INR 9.92 lakh to 11.41 lakh (ex-showroom, Delhi). The BS-VI powertrain upgrades are estimated to inflate the price significantly. At this price point, the TUV300 Plus picks up a fight against well established SUVs including its stablemate, the Mahindra Scorpio. Semi-urban and rural markets are expected to be the focus points for the TUV300 Plus.

The 2019 Mahindra TUV300 Plus is expected to introduced sometime later this year or early next year. Mahindra is also working on updating rest of its portfolio to the fast approaching BS-VI and crash test standards. The most significant of them is the all-new XUV500 which is slated to make its world debut sometime next year. The new crossover in question will also spawn a Ford SUV. The duo will take on the likes of Tata Harrier, next gen Hyundai Creta and the newly launched MG Hector.