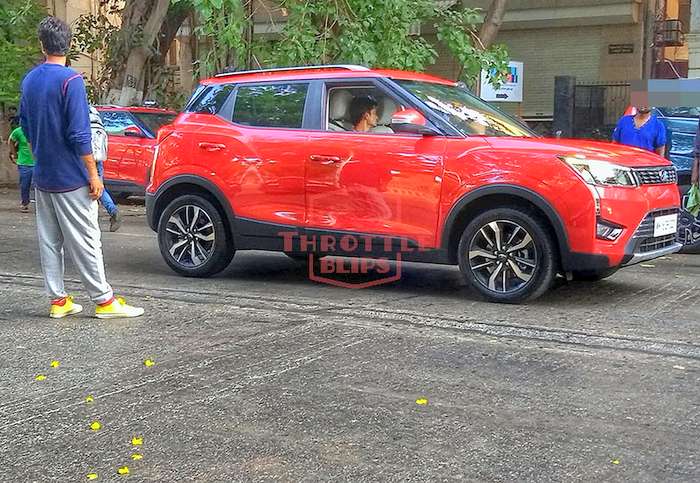 Competition in the sub 4 meter SUV segment has always been fierce. Until the start of this year, there were only three prominent contenders in the sub 4m SUV segment. These are Maruti Brezza, Tata Nexon and Ford EcoSport. But with the launch of Mahindra XUV300 in Feb 2019, and that of Hyundai Venue last month, there is now an increased level competition.

Hyundai Venue’s launch price surprised not only awaiting buyers, but also the competition. Priced from just Rs 6.5 lakhs, Hyundai Venue is now threatening to eat into the market share of all rivals. But rivals are also reacting fast. Maruti has already launched Brezza Sports Edition. Ford is getting ready to reduce price of select variants by up to Rs 50,000, as well as launch a new Thunder Edition EcoSport.

Mahindra on the other hand, is getting ready to launch AMT variant of the XUV300. 2019 Mahindra XUV300 AMT will launch this month. Ahead of that, the SUV has been spotted undisguised while it was out for a TV commercial shoot on public road. It is seen wearing the variant badge W8, and on above that is the AutoShift badge, which all AMT equipped cars from Mahindra get. 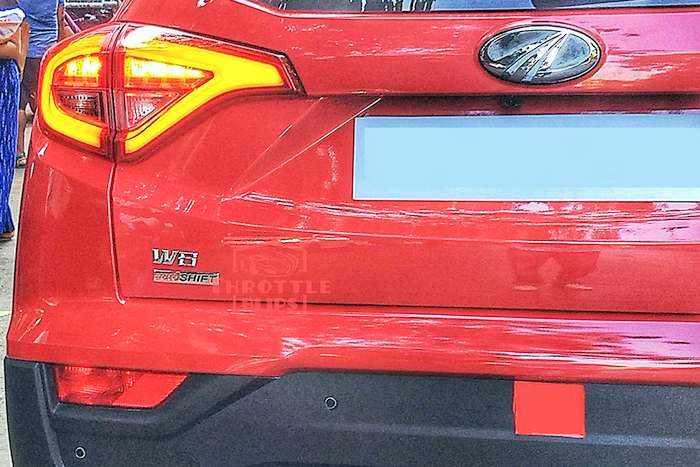 New Mahindra XUV300 with AMT gearbox will be offered with petrol as well as diesel engine option. It is expected to be on offer with the W6 as well as the W8 trim. It will most likely not be on offer with the W2 and W4 trim. Price of AMT XUV300 will be about Rs 50k higher than respective manual transmission variant. Features list will be same as the existing manual transmission variant.

Petrol AMT XUV300 will be 1.2 liter three cylinder engine while diesel will be in the form of 1.5 liter 4 cylinder mill. Power output of the former stands at 110 hp and 200 Nm while that of the latter is 115 hp and 300 Nm. Mileage claimed is about 17 kmpl for petrol variant and 20 kmpl for the diesel variant. As on date, the Mahindra XUV300 is priced from Rs.7.9 lakhs to Rs.11.99 lakhs, making it the most expensive car in the segment.

Before 2019, it was the Maruti Brezza which was on the No 1 spot in terms of sales with about 15k units sold every month. This was followed by Tata Nexon at about 4,500 units a month and lastly, Ford EcoSport with about 3,000 units a month. But post the arrival of XUV300, Nexon has slipped to third spot, while XUV300 has taken the 2nd spot. Ford EcoSport has been shifted further down to 4th spot while Maruti maintains the lead, with sales declined to 11k units a month. Hyundai has aimed to sell 10k units of Venue, thus threatening XUV300’s second spot in the table. Only time will tell if Hyundai manages to topple XUV300 or not.