2019 Mahindra XUV300 SUV spied in Manali ahead of launch

Mahindra XUV300 will launch in India on 14th February 2019. Ahead of that, the car continues testing. Recently it was spotted in Manali by automotive enthusiast Dhruv Khosla. Over the last few days, it has been snowing in Manali. Roads are covered in snow, which proves to be a perfect time to test the traction system in real world conditions.

Mahindra XUV300 is a compact SUV positioned on the same platform as the SsangYong Tivoli, but has been modified so as to fall into sub 4 meter segment. The cheetah inspired XUV300 will be presented in three variants of W4, W6, W8 and W8(O). It will borrow design cues from its larger XUV500. 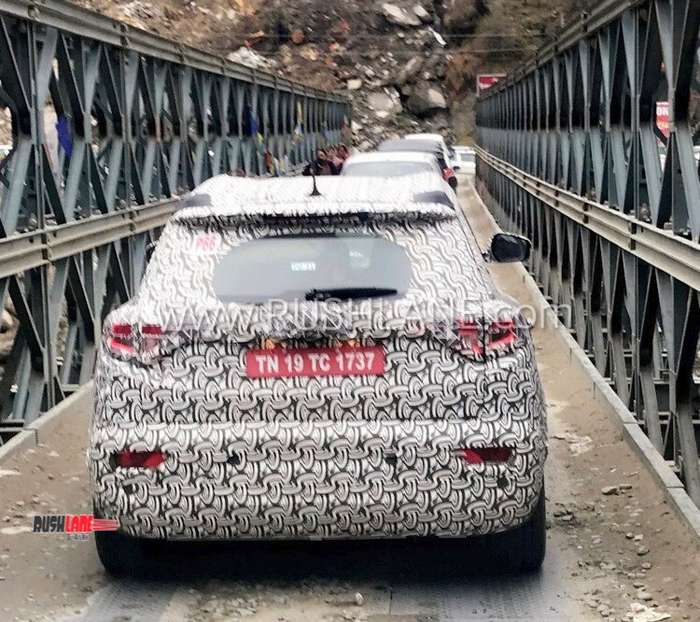 Its interiors will sport some of the best in class features. The 5 seater XUV300 which will be seen in a black and beige color scheme will get dual zone automatic climate control, a well equipped dashboard with a 8.0” touchscreen infotainment system with Apple CarPlay and Android Auto. Safety features include 7 airbags, the highest number to be offered on any 5 seater compact SUV or midsized sedan in India.

It will also receive front parking sensors while ABS, disc brakes on all four wheels and all four power windows – which will be offered as standard. The top-spec W8 (O) is slated to be seen with front parking sensors. The XUV300 will also receive ABS, EBD, ESP, speed alert system and ISOFIX child seat mounts as a part of the Bharat New Vehicle Safety Assessment Program (BNVSAP) regulations which will be offered as standard across all variants.

Mahindra XUV300 will be powered by petrol and diesel engine options. These will include a 1.5 liter diesel engine offering 123 hp power and 300 Nm torque and a 1.2 liter turbo petrol engine offering 200 Nm torque while no power figures have been revealed as on date. Both engine get mated to a 6 speed manual as standard while an automatic options will be introduced at a later stage. Prices will range between Rs.8-12 lakhs, ex-showroom. It will rival to the Tata Nexon and Maruti Brezza. It has been opened for bookings at company showrooms at a down payment of Rs.20,000.