Come October 2019, Maruti Alto, country’s most popular car, will cease to exist as we know it. The next generation model will take the baton around the festive season and will be a completely new model in every respect.

Not only the 2019 Maruti Alto has the burden of meeting the new safety and emission regulations (which means all-new platform and engine family) it also has to cater to the changing customer preference from a tradition small car to SUV-ish body style. We have gotten our hands on what we believe is the first ever spyshot of the next generation Maruti Alto prototype. 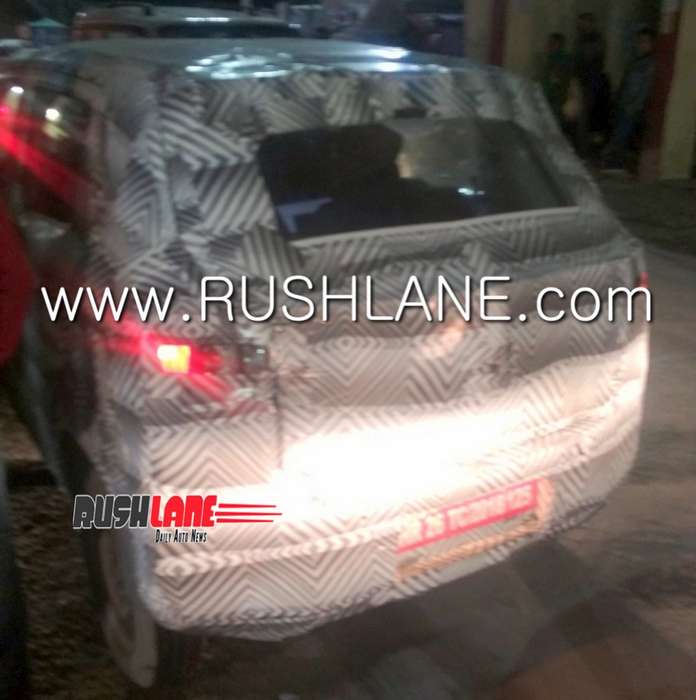 The heavily camouflaged and protected test mule has been spotted at Kufri near Shimla (the same location where the 2020 WagonR electric was spotted testing in snow recently). While we only have the rear angle to work with, it is plainly apparent that the vehicle adopts micro-crossover body style which was made popular by the Alto’s primary rival Renault Kwid.

By making a significant splash in the Alto dominated small-car territory, the French manufacturer demonstrated that the small car buyers in India are as heavily inclined towards SUVs as buyers from higher segments. So, from that point on, it was a no brainer for market leader Maruti Suzuki to apply a similar approach to its bread-and-butter model.

Coming back to the prototype, the HR-26 (Gurgaon) test plates is a dead giveaway that the prototype is indeed a Maruti. The narrow tyres implies a low-cost product, and the overall size also strongly points towards next generation Alto. The Suzuki Future-S concept which debuted at 2018 Auto Expo has been widely considered to spawn Alto’s spiritual successor and the prototype adds gravity to this belief. The styling hardly has any obvious cues from the design concept but the idea of an affordable and spacious micro-crossover has been retained.

The next generation Maruti Alto would be based on Suzuki’s modular Heartect platform which also underpins the new WagonR. The lightweight platform would satisfy the new safety norms and could adopt electric powertrains in the future. For now, the new Alto is likely to employ BS-VI versions of 800 cc and 1.0-liter petrol engines (with LPG and CNG options). Both manual gearbox and AMT will be on offer.

Apart from being lighter than today’s Alto, it will be safer, more powerful, more spacious and come with more features. It will get touchscreen infotainment system, steering mounted controls, digital MID, dual airbags, parking sensors, speed warning, etc. Alto for India will be different than the Alto for markets abroad. Suzuki will unveil international-spec Alto in October 2019, and in the same month, India-spec Alto will also be launched. Diwali festive period will help push sales.

The 2019 Maruti Alto is a huge leap ahead and is set to popularize the trend set by the Kwid. With significant benefits of economies of scale at its disposal, Maruti is fully equipped to launch the new car at a very attractive price point. Heck, the Alto badge alone will do the trick!