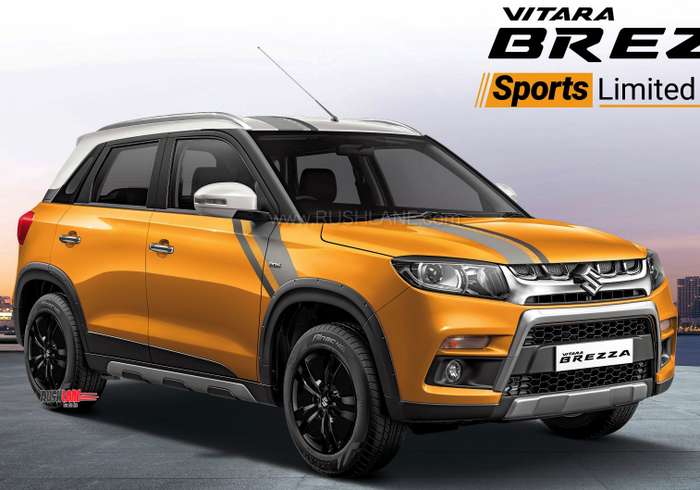 Maruti Suzuki Vitara Brezza continues to be a bestseller in the compact SUV segment, but with more rivals targeting this space, sales have taken a hit in recent months. To maintain its supremacy in sub-4 metre SUV space, Maruti Suzuki has launched a new edition of Brezza. This has been launched today, and is called Vitara Brezza Sports Limited Edition.

The launch has been announced a few days after Hyundai launched Venue at a staggering price of just Rs 6.5 lakhs. Post Venue’s launch, atleast two rivals have announced or are in the process of announcing special / limited editions. One is Maruti Brezza, the other is Ford EcoSport, whose Thunder Edition has arrived at dealerships. 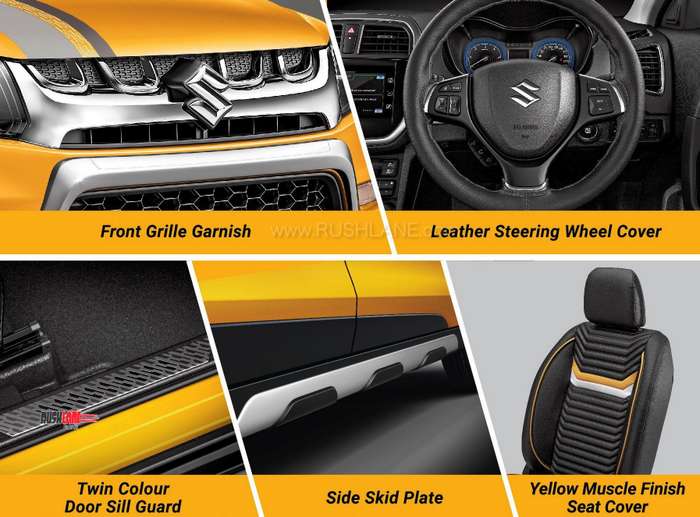 Maruti Brezza is expected to get new 1.5 liter E15A DDiS 225 diesel engine, that has been developed in-house by Maruti Suzuki. Existing engine makes 89 bhp / 200 Nm whereas the new engine will deliver more power and torque at 94 bhp and 225 Nm. Mileage of new engine will be more than 22 kmpl. It is possible that Maruti might equip new Brezza with conventional automatic transmission that will replace the existing AMT unit. No news of petrol engine yet.

The Sports Edition is on offer for existing as well as new buyers of Vitara Brezza. It is priced for Rs 29,990. Maruti Brezza competes with rivals such as Tata Nexon, Mahindra XUV300, Hyundai Venue and Ford EcoSport. All rivals are offered with petrol engine as well. But only Maruti is offered with diesel engine. Maruti will launch petrol Brezza ahead of 1st April 2020. Maruti has revealed that they will discontinue diesel cars from 1st April 2020.