Maruti Suzuki India Limited launched the new Ignis, an SUV-styled hatchback in India in February 2019. This time round, the Ignis had been given a more rugged stance, better driver and passenger comforts along with updated safety features to comply with upcoming norms.

2019 Maruti Ignis is priced between Rs.4.79 and Rs.7.14 lakhs. It is presented in Sigma, Delta, Zeta and Alpha variants and only offered with a petrol engine options with the diesel engine being done away with due to lack of demand. The new Ignis exterior color schemes include single tone color options of Nexa Blue, Glistening Grey, Silky Silver, Pearl Arctic White, Tinsel Blue and Uptown Red along with dual tones of Tinsel Blue with Pearl Arctic White, Tinsel Blue with Midnight Black and Uptown Red with Midnight Black. 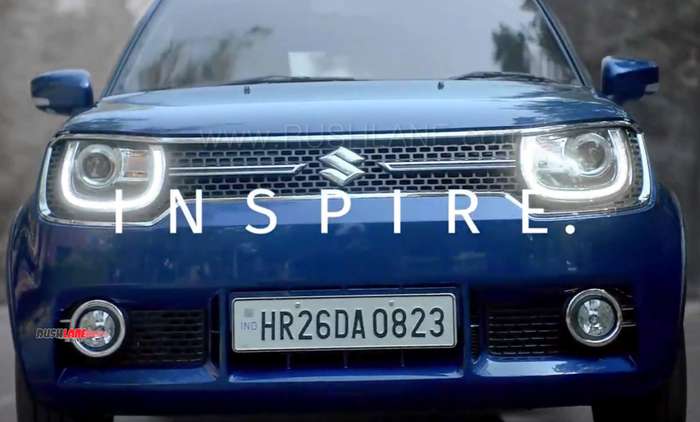 Sold via NEXA dealerships, the Ignis, in the premium compact segment, continues with its tallboy stance and gains roof rails to further accentuate its sporty appeal. It is also seen with plastic underbody cladding, black alloy wheels and a high shoulder line along with features such as LED projector headlamps, U shaped LED DRLs and a chrome front grille. Standard safety features also get updated right from the base variant onwards.

The new Ignis is now exclusively powered by a petrol engine. This 1.2 liter engine offers 83 PS power at 6,000 rpm and 113 Nm torque at 4,200 rpm mated to a 5 speed manual gearbox while customers are also offered the option of a 5 speed AMT called as AGS in Maruti Suzuki lingo. No diesel engine option is on offer.

In its earlier iteration, the Maruti Suzuki Ignis was also offered with a 1.3 liter diesel engine which also powered the Swift and Baleno, offering 74 bhp power and 190 Nm torque. However, due to lack of demand the same has been discontinued. Like the Baleno, S-Cross and Ciaz, the new Ignis is also sold via NEXA dealerships in India.