Maruti Suzuki India Limited will launch the new 2019 WagonR in India on January 23, 2019. The hatchback has been spied on test on numerous occasions last year. But now, first undisguised spy video has emerged, of the all new 2019 Maruti WagonR.

Spied at a dealer’s stockyard, the new spy video draws attention to the car’s exterior and interior makeup. Bigger and more spacious than its current counterpart, the new WagonR not only gets feature and cosmetic updates but also seen new engine. 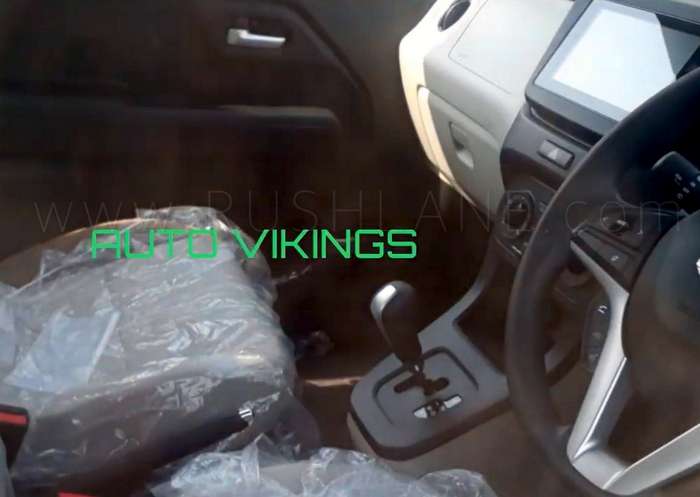 2019 Maruti WagonR is built on a modified version of the Suzuki’s fifth generation Heartect platform making it lighter and safer. This time round, the WagonR is designed to comply with upcoming and future crash test norms.

Its exteriors see wrap around headlamps, a grille and lower bumper section finished in matte black while B and C pillars are also blacked out. The new WagonR gets a floating roof while design elements to the rear include premium tail lamps while the top spec model gets a roof integrated spoiler with stop lamps.

The new WagonR gets refreshed interiors done up in a color scheme of beige and brown. It also sports a new instrument cluster and touchscreen infotainment system on the top spec model along with a 12V phone charging socket, electrically adjustable mirrors and all four power windows. The WagonR also gets a multi function steering wheel and manual air conditioning system along with a host of storage spaces. In terms of safety, the WagonR receives dual front airbags, ABS and EBD as standard.

In terms of dimensions, new WagonR is longer and wider than before. This has resulted in more space on the inside. But inspite of the car being larger than before, it is lighter by 65 kgs. This is due to the new platform, which is not only lighter, but also stronger.

New Maruti Suzuki WagonR will be powered by the same 1.0 liter, 3 cylinder petrol engine while the mid and top spec model will get a larger 1.2 liter, 4 cylinder engine offering 82 bhp power and 115 Nm torque. This is the same engine that also powers the Swift and Ignis. Both 1 liter and 1.2 liter will be offered with manual as well as AMT. AMT variants will also get the new SmartPlay touchscreen system.

There are no indications on pricing but a higher price than that seen on its current counterpart is surely expected. Once launched, it will compete with the Hyundai Santro and Tata Tiago.