WagonR sales have taken a beating over the last few months. Some of this could be due to rivals Tata Tiago and all-new Hyundai Santro. However, Maruti Suzuki is looking to wrest back control with the launch of new generation WagonR on January 23, 2019. To achieve that, India’s largest carmaker has introduced a number of new features and upgrades in 2019 WagonR.

Next-gen 2019 WagonR is a lot more stylish than its predecessor, even though it continues to use the tallboy design. Key exterior features include sporty headlamps, chrome strips on the front grille, striking black chin, snazzy fog light enclosures and body-coloured ORVMs with turn indicators. A black coloured plastic insert has been added on the C-pillar, which renders a floating roof effect. At the rear, we can see vertical x-mas tree taillights and ‘WagonR’ chrome badging on top of license plate enclosure. 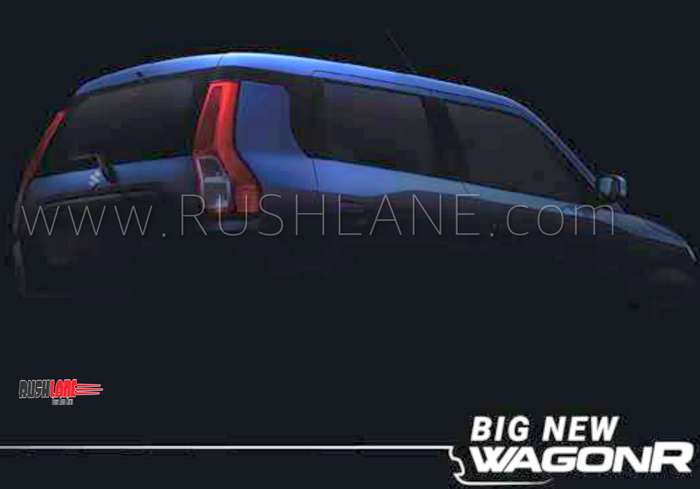 2019 WagonR will be more spacious than its predecessor, as it’s longer, wider, taller and has a longer wheelbase. New WagonR is 3655mm long, 1620mm wide, 1675mm in height, and has a wheelbase of 2435mm. This translates into more cabin and boot space. Interiors sport a new look with dual-tone beige and brown colour scheme and premium upholstery. Instrument cluster has been revamped and there are more controls on the steering wheel.

Top-spec variants of new WagonR will get touchscreen infotainment system, power windows, and dedicated phone charging socket. New WagonR is expected to deliver improved performance and fuel efficiency, as it weighs 65kg less than its predecessor. That’s been possible owing to the new Heartect platform that’s lighter yet stronger. 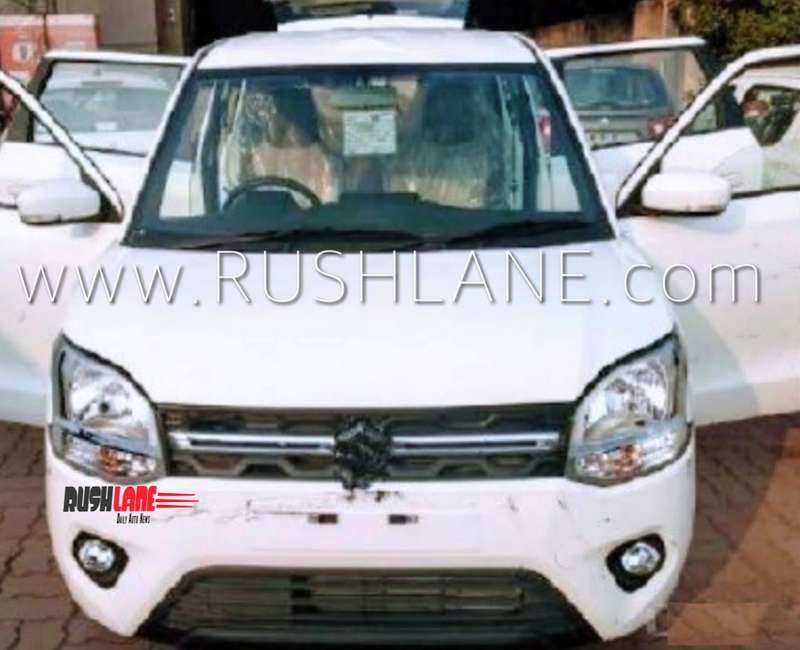 Mid and top-spec variants of 2019 WagonR will feature a larger 1.2-liter four-cylinder engine that makes 83 PS power and 113 Nm torque. It’s the same engine that powers Dzire and Ignis. Lower end variants will continue to use the existing 1.0-liter three-cylinder petrol engine that delivers 67 PS and 90 Nm. Both engines will be coupled with 5-speed manual or AMT unit. New WagonR will also be available in LPG and CNG versions, which would be advantageous for customers. But only petrol and LPG options will be available from day 1, CNG WagonR will be launched later, reveals Car Dekho.

In terms of safety, WagonR will come with advanced features such as dual airbags, ABS with EBD, collapsible steering column, central locking, and immobilizer. Maruti Suzuki WagonR is already a trusted and preferred brand, so it won’t be that tough to regain lost ground. New features and upgrades will make it all the more easier for WagonR to maintain its dominance in the hatchback segment. Launch price is expected in the Rs 4.5 lakh range.