Maruti Suzuki India Limited has announced a recall of 40,618 units of its WagonR (1 litre) vehicles. The vehicles affected were manufactured between November 15, 2018 and August 12, 2019. The recall is a check for a possible issue of fuel hose fouling with metal clamp.

MSIL launched its new-gen WagonR is January of 2019. This includes a 1 litre, as well as, a 1.2 litre engine. At the same time, the previous gen WagonR is still on sale for taxi fleet customers. The old WagonR is sold exclusively as a 1 litre engine offering. Keeping in mind date of manufacturing, the recall is likely to have affected both, old and new gen WagonR.

Beginning tomorrow, i.e., August 24, 2019, owners of suspect vehicles will be contacted by Maruti Suzuki dealers. Inspection and replacement of faulty part will be carried out free of cost. Maruti WagonR (1 litre) vehicle customers may also visit the company website, and enter the chassis number (MA3 followed by 14-digit alpha-numeric number) to check if their vehicle is affected by the recall.

Maruti WagonR has been one of the best selling cars of the company, ever since it was launched in 1999. The latest generation of Maruti WagonR is the biggest and the most advanced variant ever. It is also the most powerful WagonR variant till date. 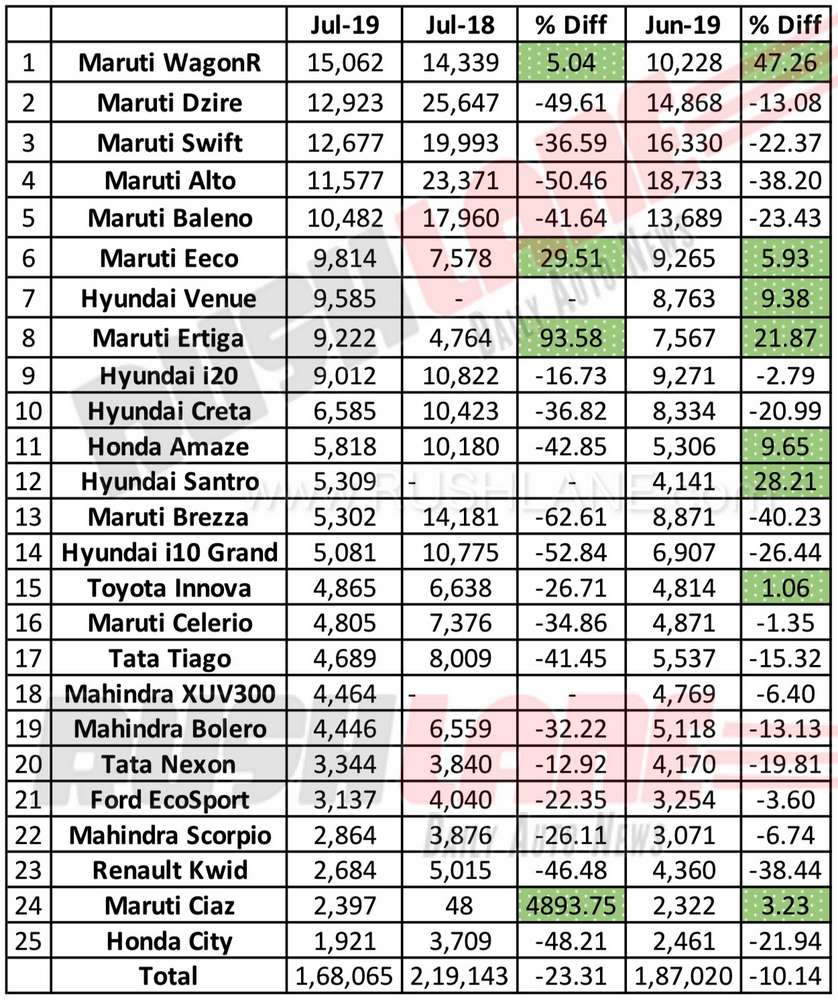