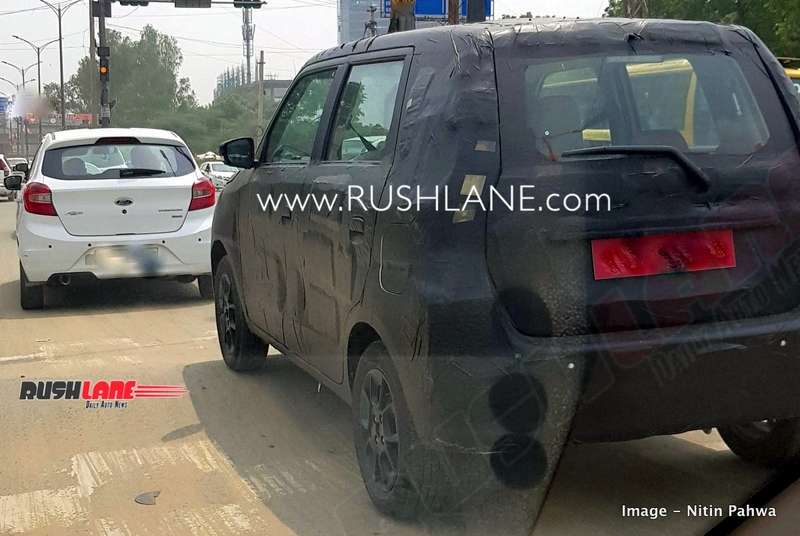 A new 2019 Maruti WagonR test mule with heavy black disguise has been spotted testing in public by automotive enthusiast Nitin Pahwa. On first glance, we suspected it to be the final production-ready version of India-spec WagonR electric variant but closer inspection revealed that the prototype features conventional exhaust pipe. So what it could be?

The boxy and spacious Maruti WagonR has been one of the best selling cars in the country for years and the latest model which was launched earlier this year has managed to carry the baton successfully. In fact, the WagonR jumped 5 places to emerge as the best selling car in India in the month of July 2019. This is an impressive feat considering the current market situation.

Recently, Maruti launched XL6 MPV, which is based on Ertiga. Made it a bit longer, and added premium features. It is now on sale at Nexa dealers. Maruti did this to get more sales out of the Ertiga range. As the Ertiga is still in good demand, despite of these bad times. A similar treatment could be in the work for the WagonR. The more premium variant of WagonR could be sold via Nexa once launched. 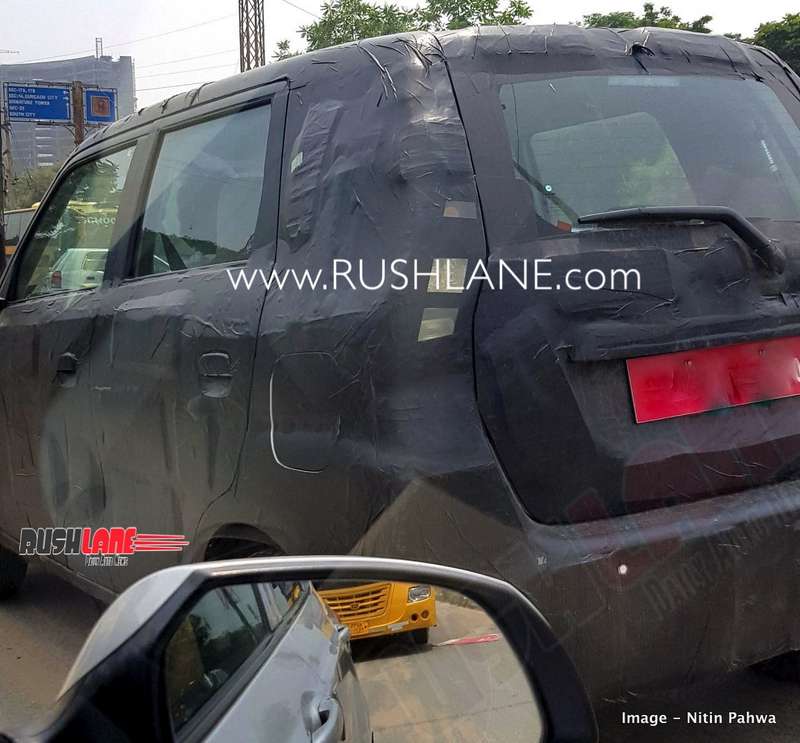 The test mule indicates that Maruti is working on a new variant of the WagonR with significant visual difference. There were rumours that a 7-seat variant is under development but this particular test mule doesn’t seem bigger than the existing variant. Going by the Ignis-derived alloy wheels (15-inchers) we wager that it is a soft crossover derivative. Maruti WagonR currently on sale does not get alloys. It only gets 14 inch steel wheels.

It is also possible that the new gen 2019 Maruti WagonR StingRay is in the making. Either way, the new variant sits on larger alloy wheels which would increase the ground clearance a bit. A thick disguise points to possible black plastic cladding on the lower part of the bodywork and restyled bumpers. Whatever the visual changes are, the prototype conceals them skillfully.

The new Maruti WagonR’s interior has a fresh and youthful appeal, so we don’t expect it to be changed drastically in the upcoming variant. There could be new colour theme and premium seat fabrics on offer though. Like dual tone funky bright colour themed interiors. 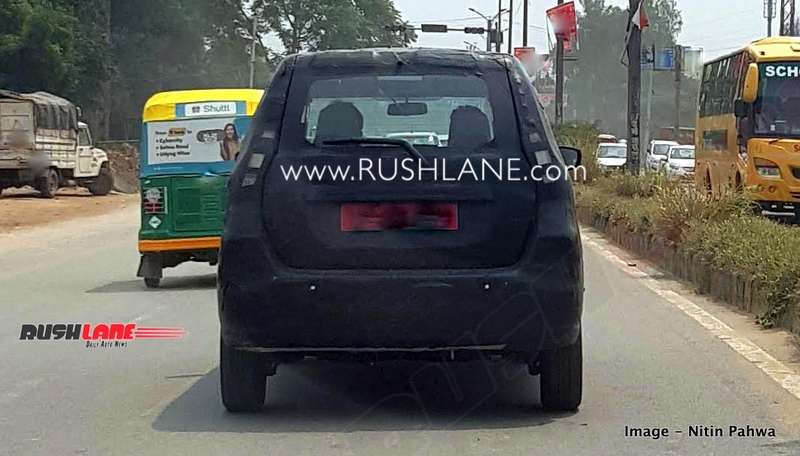 We expect the new Maruti WagonR variant to carry forward the 1.0- and 1.2-liter petrol engines without any change. The base motor is rated at 67 hp and 90 Nm of torque while the range-topper is tuned to deliver a 82 hp and 113 Nm of torque. Both motors can be had with manual and AMT gearboxes.

If it is the Stingray, expect it to be only offered with more powerful 1.2 liter BS6 petrol engine. A new variant of WagonR with considerable visual difference would help Maruti appeal to wider audience base with the same package. Launch could take place at 2020 Auto Expo.