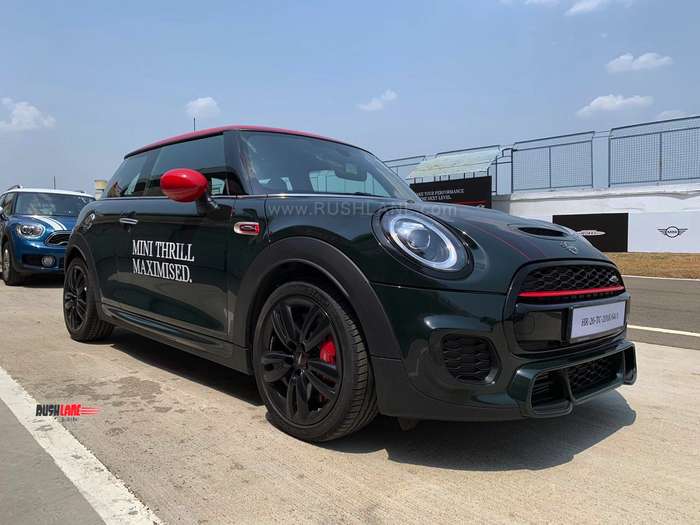 To be distributed via the CBU route, the latest version of this cute little hot hatch comes packed with minor design tweaks and some interesting hardware upgrade. Speaking at the launch, Dr Hans-Christian Baertels, President BMW Group India said, “When you`re behind the wheel of a John Cooper Works, you are guaranteed the thrills worthy of a racetrack”. We drove the JCW at the MMRT race track and were left wanting more. But before we get into the drive experience, lets take a look at the new for 2019 bits.

Style and Design – Ever since the BMW Group took reigns of the iconic brand, the design has evolved into settlement. Now in its 3rd Generation, Mini doesn’t need to scream for attention. For an untrained eye, it’s very very similar to the earlier versions.

Look hard all around, and the first change one notices are the LED Union Jack tail lamps, which are absolutely stunning. Interiors are a continuation of the funky external styling, and here again its hard to spot differences. The 2019 spec now gets a gear selector stick, which reflects its BMW roots; gone is the long throw chunky shifter. Interiors on this 3 door hatch back remain funky, quirky and racy. 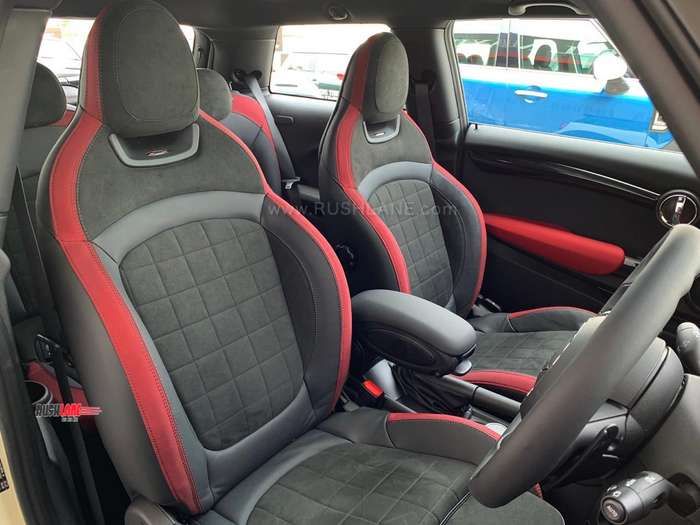 Engine and Suspension – Powering the JCW is a 2 litre Twin Power Turbo packing in 231hp and 320 Nm deployed via a new for 2019 8 S speed Stepronic Sport transmission capable of propelling it to 100 clicks in 6.1 seconds. Internationally, Mini is also available in a 6 speed manual transmission, which isn’t on offer in India.

JCW gets special attention in its underpinnings too. JCW tune brings in stiffer spring, 4 piston Brembo brakes, mechanical differential and lightened suspension components. If that’s not all, Adaptive Suspension is on offer as an option. Shod with 205/45 section Hankook Ventus S1 evo2 tyres on 17” rims which barely contain those massive callipers tastefully finished in Chilly Red. One can choose from 11 different paint options.

How`s it to drive – We had a chance to drive the Cooper S first on the racetrack before switching over to the JCW. Not getting to sample the showstopper in the first go turned out to be a blessing in disguise. Make no mistake, the Cooper S is immense fun even on a racetrack as much as it is on the road. So much so that it set a benchmark with its involving drive experience. 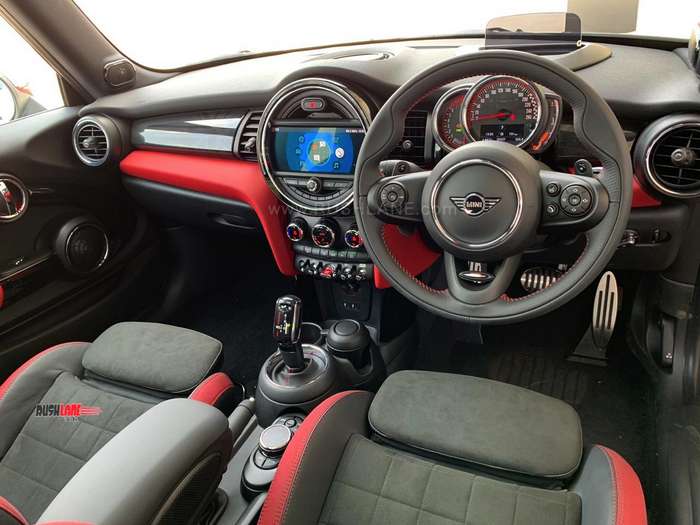 Fast forward about 20 laps and a lunch break, step in and the JCW coaxes you into race mode from get go. Right from the dark interiors with red accents, the Anthracite headliner, the sporty seats with alcantara finish and let’s not forget the cracker of an exhaust system – it has all the right stuff, in just about the right proportions.
Unlike before, the JCW does not get a fiddly bluetooth switch to turn on the raspy exhaust.

Rather it stays on all the time and becomes even throatier in Sport mode! Even a little dab at the throttle invokes an instantaneous response, and going pedal to metal is hard to resist. With the max torque available right from 1450 RPM, the twin turbo engine loves to be whisked all the way to its redline. With its stiff suspension – damper setup, JCW takes to the track like a duck to water.

The MMRT is a technical circuit always ready to expose flaws in track driving, JCW’s clever bits certainly help in saving a lot of blushes. Shifts are quick and the 8 speed transmission gives its ample ratios to deliver rapid bursts of acceleration. Employing a mechanical differential along with the Dynamic Stability Control helps in negating the understeer associated with a front wheel driven car. 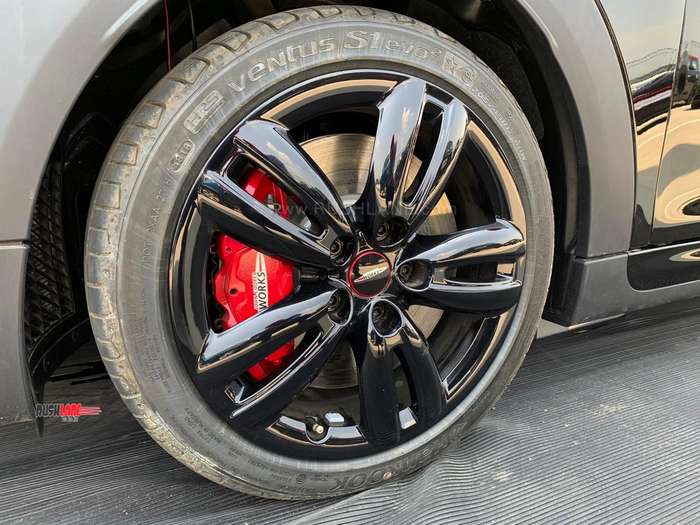 Steering feel is brilliant and the car turns in sharp, pushes harder, and the tyres squeal louder but the JCW doesn’t give up, and tracks the intended line. Braking courtesy comes via Brembo and is supremely intent, as expected, and the brake pedal barely exhibits fade despite repeated pounding. Ride and handling is befitting a track car, and we are certain that it would feel stiffer on public roads.

The Mini in its JCW trim lives up to its racing heritage and delivers on its promises. It simply maximises thrill and gets your blood racing. At its price point, there is simply nothing like a Mini and even if there was, we’d still take the JCW. John Cooper Works, indeed embodies the true essence of motorsport.