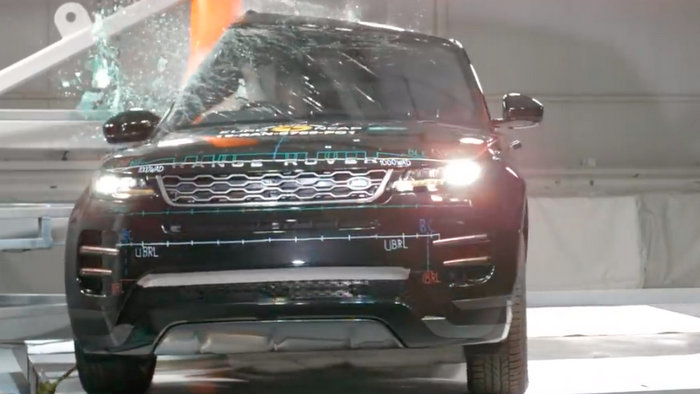 New 2019 Range Rover Evoque has passed its round of Euro NCAP testing with flying colours, a five-star safety rating it is. Evoque in now available in its 2nd-gen avatar, having first been launch back in 2011.

In its recent Euro NCAP testing, the 2019 Range Rover Evoque has scored higher ratings for adult and child occupant protection than its predecessor.

Following the test result, new Evoque is the safest Land Rover car ever tested by Euro NCAP. Pedestrian protection rating is at 72 percent, and safety assist technology rating at 73 percent.