The new generation Range Rove Evoque made its global debut a couple of weeks ago. Now, the same has been spotted in Bangalore, India. It was also the same city where the first spy shots of Harrier H5X had emerged from. The reason behind new gen Tata cars spy shots emerging from Bangalore is Tata Technologies, who have their setup in this city.

New Evoque boasts of a premium design, borrowing several design elements from the Velar. It is positioned on a new platform. This makes the Evoque lighter and more efficient as compared to its earlier counterpart while in addition to its petrol and diesel engine lineup, it is also made compatible for hybrid engines. 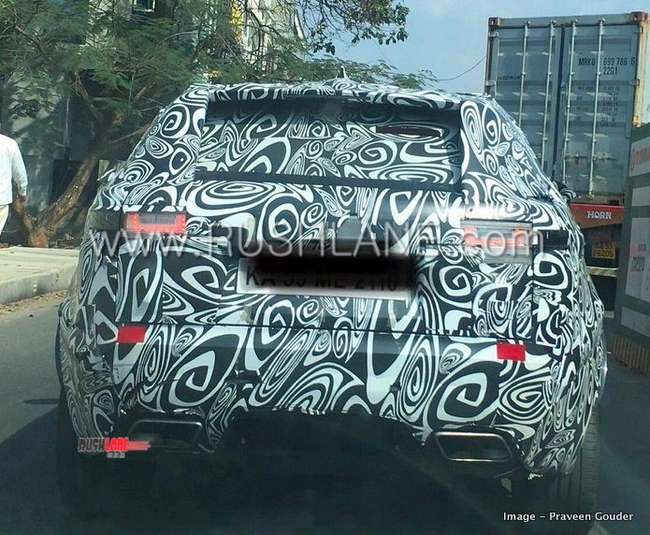 Built on the Land Rover’s new Premium Transverse Architecture, the new Evoque has a total length of 4,370mm which is 10mm longer than the older variant. This contributes to added interior space especially in the rear segment offering extra knee room to passenger at the rear and extra boot space. This boot space can be extended from 591 liters to 1,383 liters with 40:20:40 seats folded down.

Its exteriors are noted with slim matrix LED lights, flush door handles and copper accents enhancing the Evoque’s premium appeal. The interiors of the new Land Rover Evoque spell comfort and luxury both in terms of design and material used. It gets recycled plastics offered as premium alternatives to leather such as Kvadrat wool bend and Mico Dinamica suede cloth besides Eucalyptus and Ultrafabrics. 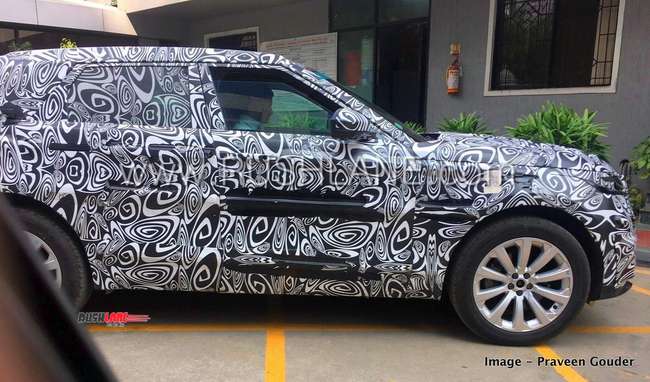 2019 Evoque gets 16 way seat controls, cabin air ionization and twin touchscreen Touch Pro Duo system along with a new infotainment system with Apple CarPlay and Android Auto connectivity options. As a part of its several segment first features, the Evoque is also seen with ClearSight rear view mirror that changes into an HD video screen at the touch of a button located underside of the mirror. The screen offers a wider 50 degree field of vision.

Range Rover Evoque is presented in three and four cylinder Ingenium petrol and diesel engine options internationally. There is also a plug-in hybrid option with 3 cylinder Ingenium petrol engine generating 200 PS and 80 kW motor offering 108 PS power. The 11.3 kWh battery pack is placed under its rear seat. In India it will continue to get the same engine as today – 2 liter petrol (240 PS / 340 Nm) and 2 liter diesel (180 PS / 430 Nm). Prices are expected to start from Rs 50-55 lakhs.