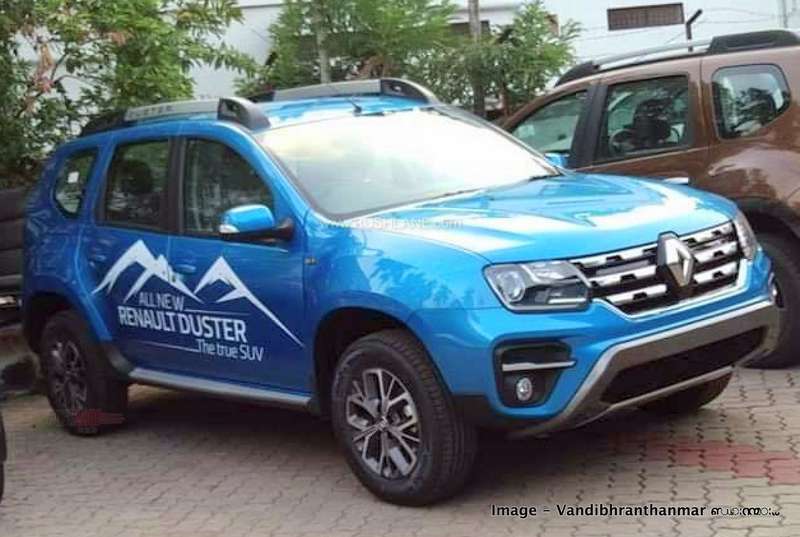 Renault Duster, once a highly acclaimed SUV in its segment has suffered huge decline in sales – from about about 8,000 units a month in 2012 to below 800 units in recent months. The decline is largely due to arrival of new cars in the segment, like the Hyundai Creta, Maruti S-Cross, Tata Harrier, MG Hector. Decline is also due to the Duster being relatively outdated in design as well as on board features.

To bring a boost in sales Renault will soon launch the new Duster in India. Spied undisguised already, new Renault Duster has now arrived at dealer showrooms in the guise of test drive cars (Images credit to Vandibhranthanmar). Renault has revealed that the launch of new Duster is scheduled for 8th July 2019.

Unlike the new generation Duster on sale abroad, India-spec Duster continues to be based on the same BO platform as current Duster. The 2019 Duster will see exteriors now sporting a revised front, refreshed bonnet design and new bumpers. It will also get projector headlights, LED DRLs and a new chrome grille. 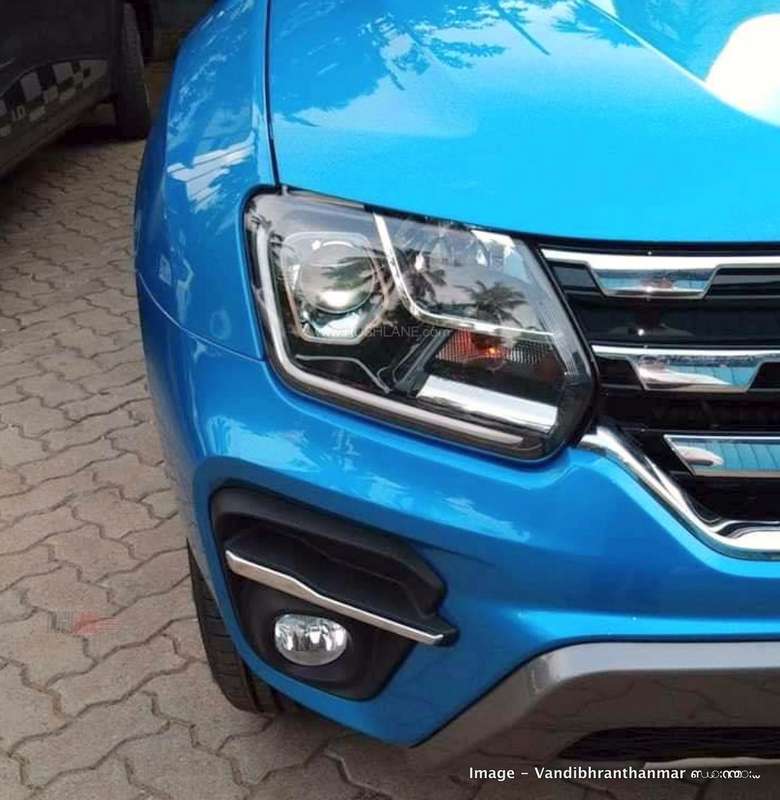 Changes also include new black padding on its tail gate, new roof rails and a new set of 17” alloys. The interiors will also receive some premium features, more equipment while safety features will also be enhanced.

On the inside you will get dual tone treatment of Black and Dark Brown. Dashboard features touchscreen infotainment system in the center which is compatible with Apple Carplay as well as Android Auto. It also gets USB and AUX compatibility. Steering wheel is new, and gets a flat bottom. Instrument control is revised, but is more or less same as before. Safety features include dual front airbags, ABS, parking sensors and a speed warning system.

These feature and safety upgrades will see an increase in price as compared to the current Renault Duster which is priced from Rs.8-13 lakhs. It will continue to compete with existing rivals, and will also rival the upcoming Kia Seltos which is planned for launch on 22nd August.