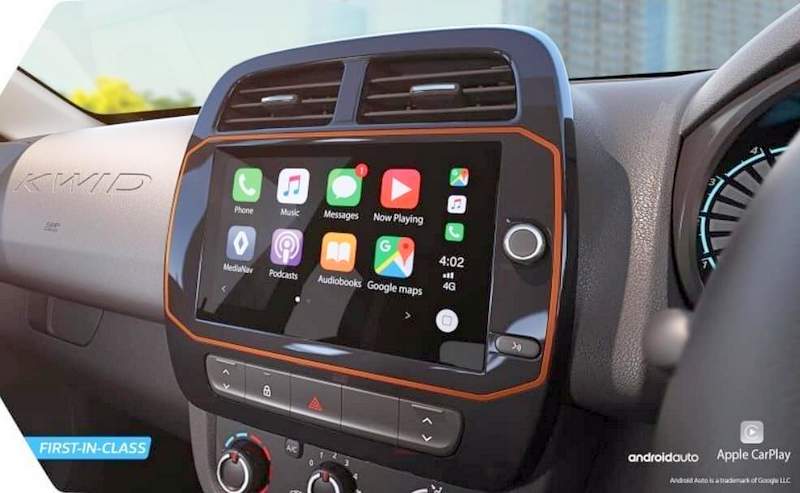 Renault India launched the much awaited 2019 Kwid at a starting price of Rs 2.83 lakhs, ex-sh. This is the first full fledged facelift which the hatchback has received since its launch, which took place back in 2015.

Changes in the Kwid include cosmetic updates, both on the outside and on the inside. Additionally, the creature comfort list too has received an upgrade, when compared with the outgoing model. On the safety front too, the Kwid will comply with the latest crash-test norms and includes all the required safety kit (like dual airbags, ABS, seatbelt reminders etc.) from the entry-level trim.

As far as looks are concerned, the 2019 Kwid takes in a considerable amount of inspiration from the K-ZE concept which was showcased by Renault earlier this year in China. However, what hasn’t changed is that the Kwid has still retained its crossover-ish looks, which made the Kwid an overnight success back in 2015. 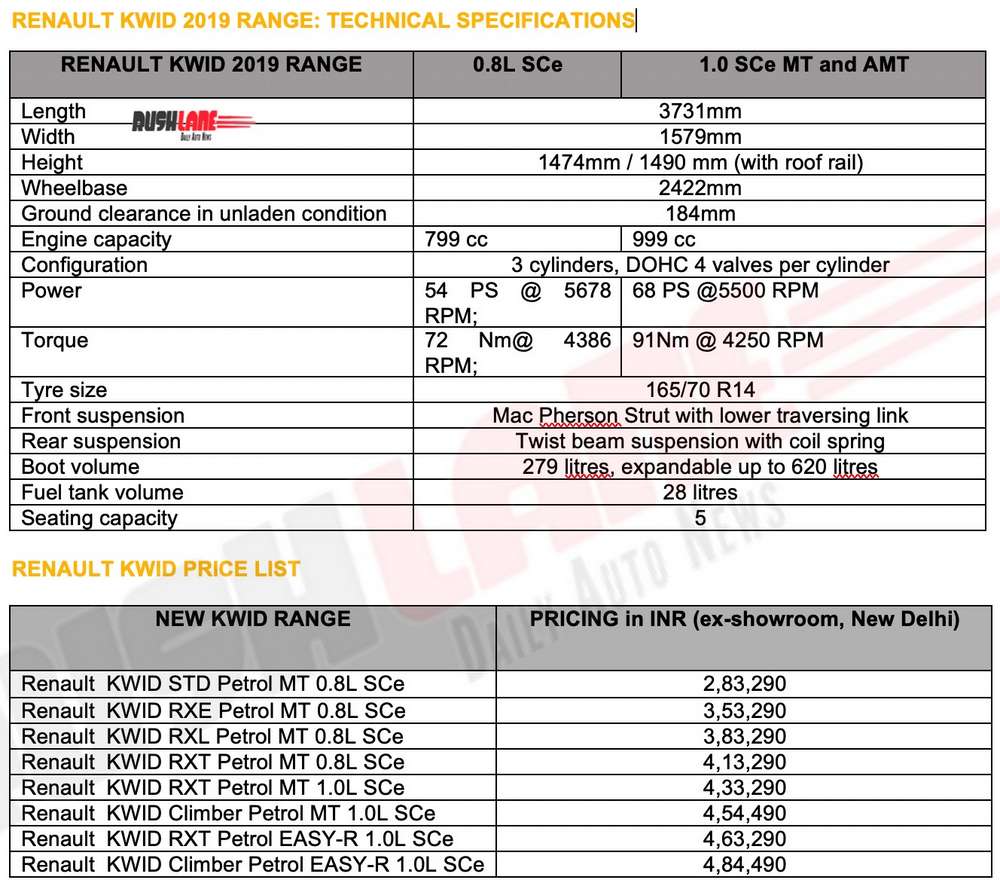 Step-in and you will be able to notice multiple updates. To begin with, there is a new larger 8-inch touchscreen infotainment unit (borrowed from the Triber) which supports Android Auto and Apple CarPlay. The steering wheel too has been redesigned and the instrument cluster is now a full-digital unit.

Upholstery options have also received an update which help to bring in a fresh-feel to the cabin. Renault has also redesigned the Aircon vents which now look more chunky. One major noticeable difference in the AMT model is that the drive-shift knob has now moved to the centre console, and is no longer mounted on the dashboard (the way it was in the pre-facelift version).

Similar to the pre-facelift model , Renault is offering two engine options on the Kwid. These include a 799cc three cylinder petrol motor which churns out 54hp and 72 Nm of max torque. The other engine is a more powerful 1 litre 3 cylinder petrol unit which dishes out 67hp & 91 Nm of peak torque.

While the smaller 799cc engine is available only with a 5-speed MT, the larger engine also comes paired to an AMT setup (apart from the standard 5-speed MT). Both the engines are currently BS-IV emission norms compliant, however, Renault will bring in BS6 compliant engines closer to the April 2020 deadline.

The latest launch in the segment, the Maruti S Presso (launched on 30th September) will be the closest competitor to the Kwid. Other competitors for the hatchback will include cars like Alto (800 & K10), Datsun Go and Hyundai Santro.