Last week, Suzuki Motorcycle India Pvt Ltd (SMIPL) announced the launch of its 2019 Hayabusa edition at a price of Rs 13.74 lakh (ex-showroom Delhi). Bookings can be confirmed for a lakh. The new year offering comes with a price tag that’s about 10k steeper than the outgoing model.

With speed and sportiness being the bike’s forte, this keen can look forward to two new colours on offer – two new colour schemes – Metallic Oort Gray and Glass Sparkle Black. 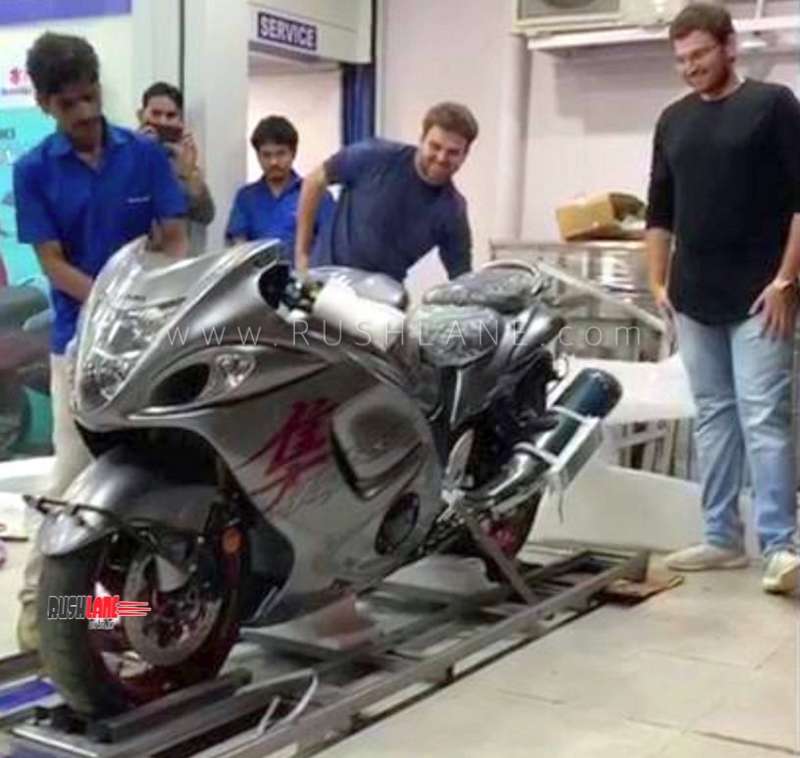 The first 2019 Hayabusa has now been delivered to Kaif Dosani and Ameen Dosani. Their pick – a beauty in Metallic Oort Gray. The big bike as part Suzuki Motorcycle India’s strategy is sold at the company’s big bike dealerships in Bombay and Delhi.

2019 Suzuki Hayabusa gets power from a 1,340 cc four-cyl, inline, liquid cooled, DOHC engine that returns max power of 199.7 PS at 9,500 rpm, and 115 Nm of torque at 7,200, mated to a 6-speed gearbox. In its newest avatar, one can look forward to updated graphics, and a pair of side reflectors. The company says the latter are added for Indian conditions.

Following a successful two-decade long run, Hayabusa as we know it is no longer available in Europe. Production was stopped earlier, and sales came to a planned halt yesterday. This is because its current engine isn’t compliant with EU Regulations 168/2013 in effect since January 2016. Manufacturers who found themselves in such a predicament were granted two-year grace period to bring sales to an end.

Launched back in 1999, Suzuki Hayabusa holds the distinction of being the first production bike to get to a top speed of 300 kmph. With top speed limited to 299 km/h, 0-100 kmph takes 2.74 seconds. The company is expected to launch an all-new Hayabusa that meets new emission regulations sometime in 2022.