2019 Suzuki Swift Sport custom marks its debut at the Bangkok International Motor Show, which went LIVE a few hours ago. Seen with a special paint scheme, which has been further enhanced by body graphics, giving it an even sportier appeal.

Suzuki Motors Thailand showed off this new and modified version of the Swift Sport with not only a more striking paint scheme but also with other updates which add to its sportiness. Though the new custom Suzuki Swift Sport carries on with most of its original styling in its exterior makeup, it gets a large diffuser, sportier bumper and new honeycomb front grille. 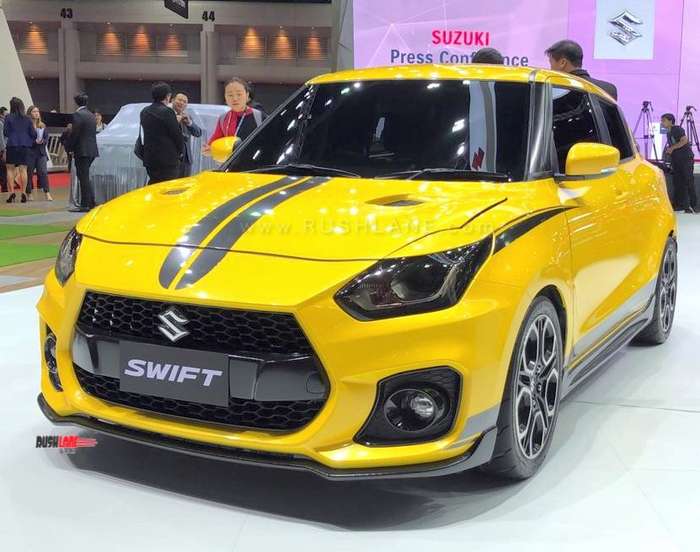 It also gets body colored headlamp eyelashes, dual racing stripes painted across its hood and twin air scoops. There are no changes to the rear expect for new custom tail lamps with a smoked effect while interiors also see no changes with a sporty all black color scheme with red trims all around and black leather seat upholstery with red stitching.

2019 Suzuki Swift Sport gets its power via a K14C 1.4 liter Boosterjet petrol engine offering 140 PS power at 5,500 rpm and 230 Nm torque at 2,500-3,500 rpm. The turbocharged petrol engine comes mated to a 6 speed manual transmission or a 6 speed automatic transmission that drives its front wheels. 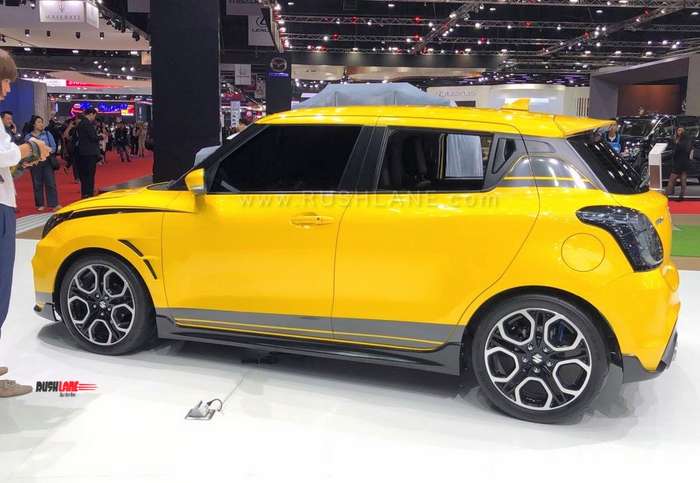 Suspension is in the form of performance oriented Monroe shock absorbers and a larger strut bar while wheel hub and wheel bearings are combined into a single unit with increased width between bearings which contributes to better rigidity during cornering. The Swift Sport also receives a new torsion beam for added roll stiffness.

Maruti Suzuki has shown no interest in launching the Swift Sport in India. The reason, as per the company, there is poor demand for the more powerful variant of Swift, as it does not meet the demand of most buyers in the segment, which is mileage. Most car buyers opting for Swift, do so because of its exceptionally high fuel efficiency.