Tata Motor’s new premium hatchback, codenamed 45X as on date, is poised for launch in India next year. It has been showcased at the 2018 Auto Expo in concept format and has been recently spied at a parking lot in Bangalore; drawing attention to some features which will be making its way to the production model.

Tata 45X will be the company’s first hatchback to come in with Tata’s Impact 2.0 design philosophy and is also the first car to be built on the Advanced Modular Platform developed by Tata Motors. Here it is seen with a bright orange exterior paint finish, which can be clearly seen. Along with the 45X, there were also the Harrier and XUV500, parked in the same lot.

In terms of styling, the 45X will be similar to the concept. It will be longer than the Tiago but will continue to sport a sub 4 meter length so as to take advantage of tax cuts. Tata 45X production model will get sleek front grille, projector head lamps, LED tail lamps, generous wheel arches which are common to all cars designed according to Tata’s Impact Design 2.0 language.

Interiors have also been spied. It will feature a large central touchscreen infotainment system, a radical dashboard, analog dials, a T shaped central console and AC vents under the central screen. Dashboard is done dual tone of black and brown, seats are seen in brown. Various color combinations and use of high quality materials will also be offered along with accessory options and in-cabin storage spaces 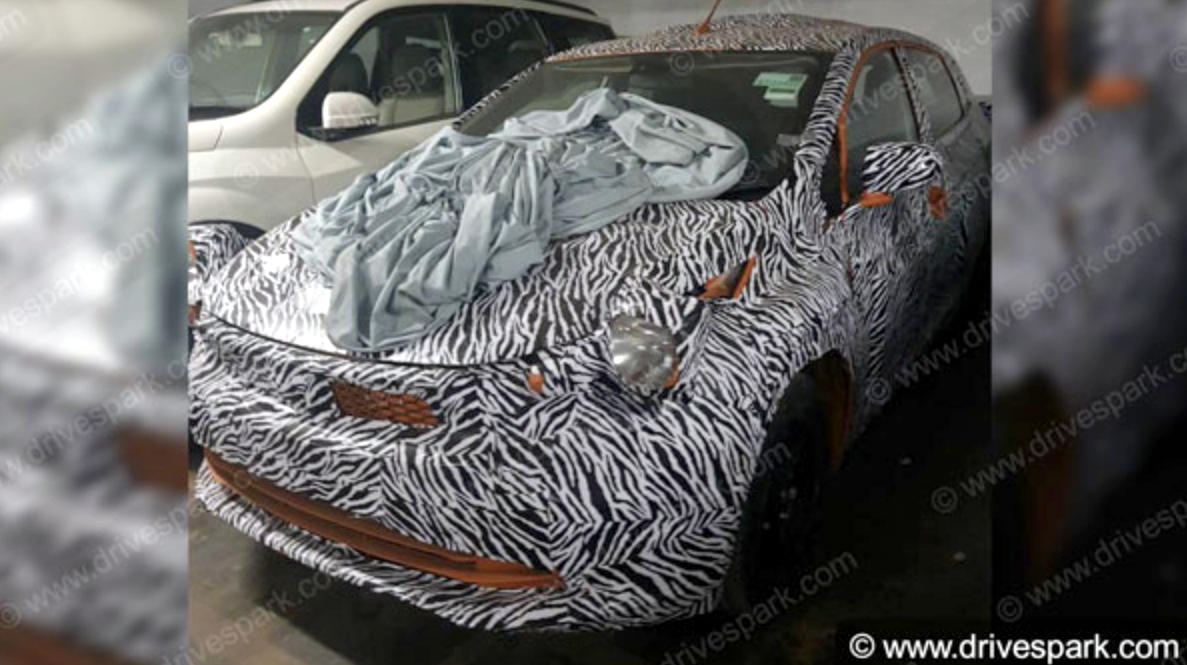 Engine details on the Tata 45X could include a 1.2 liter petrol and 1.5 liter diesel engine also seen powering the Tata Nexon. These engines deliver 110 PS power and could be mated to 6 speed manual or dual clutch gearbox, which is also under development.

Tata 45X will be produced from the Tata Sanand facility in Gujarat. It launch sometime in 2019 when it will compete with the Maruti Baleno, Hyundai Elite i20 and Honda Jazz. No pricing details have also been revealed but estimates put it in the Rs 6.5-10 lakhs price segment.