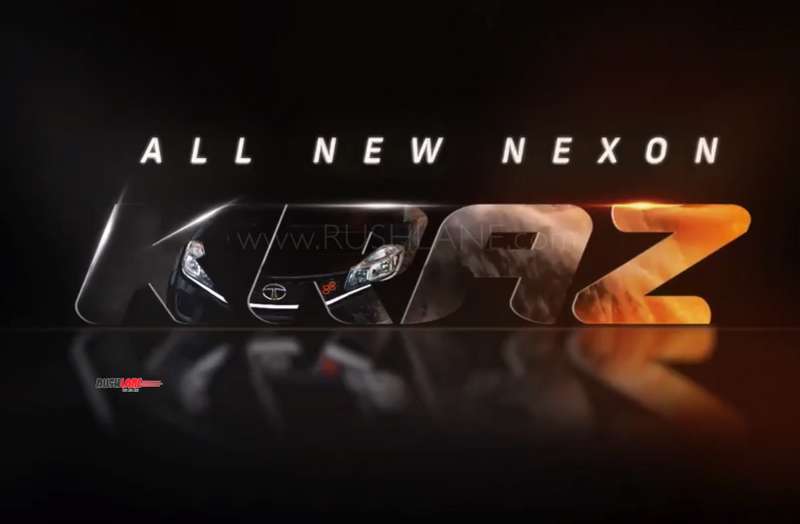 The Tata Nexon Kraz (to be pronounced as Craze) special edition was introduced in September last year to commemorate the crossover’s first year anniversary. Thanks to the popularity of Tata Nexon Kraz Tromso Black edition, the automaker followed it up with an additional colour theme with Calgary White as primary hue.

Both the colour themes feature grey roof and contrasting florescent green accents on the exterior and interior. Tata has recently teased a third colour option which is just days away from introduction. The teaser video shows the front of the car, giving gives us an obvious clue about the new colour combination.

The third Tata Nexon Kraz edition will be finished in black as primary colour with contrast orange / red accents. It remains to be seen what colour the roof will be. Going by the existing variants, we can expect the orange accents to be on wing mirrors, radiator grille, alloy wheels, AC vents and upholstery stitching. We also expect the dashboard to have a lot of piano black bits.

Two trim levels – Kraz and Kraz+ – would be offered with both petrol and diesel diesel engine options. If the previous Kraz editions are anything to go by, only the manual transmission will be offered.

The Nexon witnessed a significant drop in monthly sales in July 2019 due to general slowdown in the industry as well as increased competition from the Hyundai Venue and Mahindra XUV300. A special edition with spruced up exterior and interior could help bring in marginally better sale volume for a few months.

The Tata Nexon is also getting ready for a comprehensive mid-life facelift next year. Apart from receiving BS-VI engines, the facelifted version will feature a significantly revised front fascia, replete with new headlamps, grille and bumper. A camouflaged prototype has already been spied.

The company is also working on a Hyundai Creta-sized crossover codenamed Blackbird which will be positioned between the Nexon and Harrier. The product in question will be based on the ALFA platform which will debut in the Altroz premium hatchback.