Triumph Motorcycles India has launched the updated versions of Triumph Street Twin and Triumph Street Scrambler. Both motorcycles keep their core retro-modern styling the same as earlier, but there are some cosmetic changes. Both these classics belong to the Bonneville family.

2019 Triumph Street Twin has improved its looks with brushed aluminium headlight bracket, stylish side panels and redesigned dual-tone alloy wheels. It also gets adjustable levers and an updated analogue instrument cluster that has ‘Bonneville’ metal plaque with black surround on top. 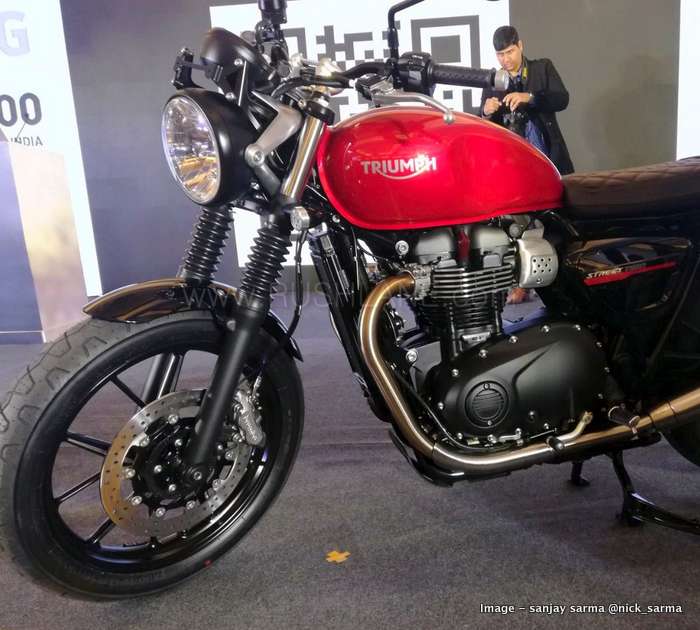 New Street Twin is the most affordable in the Bonneville range and comes with a 900 cc engine. With some tweaks, the engine now delivers 65 bhp, which is 10 bhp more than earlier. Torque output remains the same at 80 Nm. Engine is mated to a 6-speed gearbox and comes with slip-assist clutch for seamless gearshifts. Street Twin already has high-end features such as ABS, ride-by-wire electronic system, traction control, torque assist clutch, engine immobilizer, feature-packed instrument pod, and USB charging point.

Triumph Street Scrambler is also part of the Bonneville family and shares the same 900 cc engine. In addition to the ones on Street Twin, Street Scrambler has some more advanced features such as switchable ABS and switchable traction control. Switchable ABS allows the rider to turn off ABS from the instrument menu, as per their requirement. Switchable traction control manages torque delivery to ensure optimal safety and control for the rider. 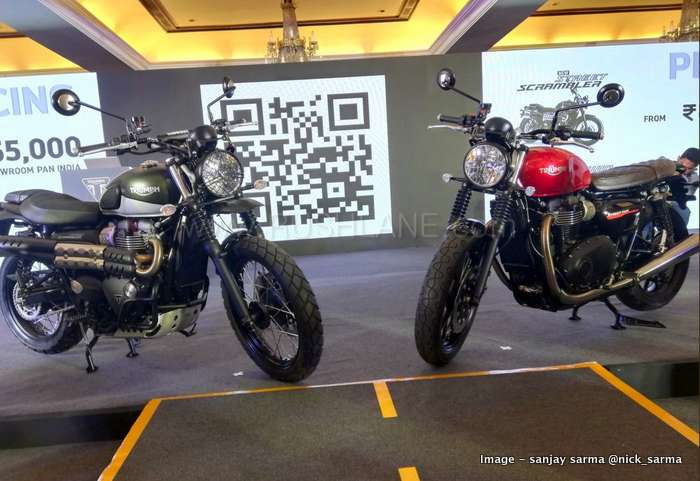 Upgrades that are common to both motorcycles include a heavily updated powertrain. Key changes include a lighter crank, balancer shaft, smoother clutch, and magnesium cam cover. Two ride modes, Road and Rain, have been introduced for both motorcycles. An additional Off-Road mode will be available with Street Scrambler. The ride modes make changes to traction control and throttle to ensure optimal response to a specific terrain or environment. Another key change involves the front brakes, wherein the earlier two-piston Nissin unit has been replaced with four-piston Brembo callipers.