Volkswagen has been struggling with sales in India for some considerable time now. In a move to increase footfall at its showrooms, VW had recently slashed the service costs for all their products. However, these moves won’t be enough to regain its lost market share (which was anyway low). Talking about the Vento, sales for the month of February’19 declined 30% (YOY) to just 351 units. This is when competitors like Verna, City and Ciaz all sold almost 10 times (each) the overall sales of Vento.

To counter these plummeting sales numbers, VW is currently readying up facelifts of the Vento and Polo. Recently, the two cars were spotted testing on Pune roads while both of them were covered in camouflage. It is to be noted that these aren’t the next-gen variants of the cars. The next-gen Vento and Polo are expected to be launched in the country only post 2020. 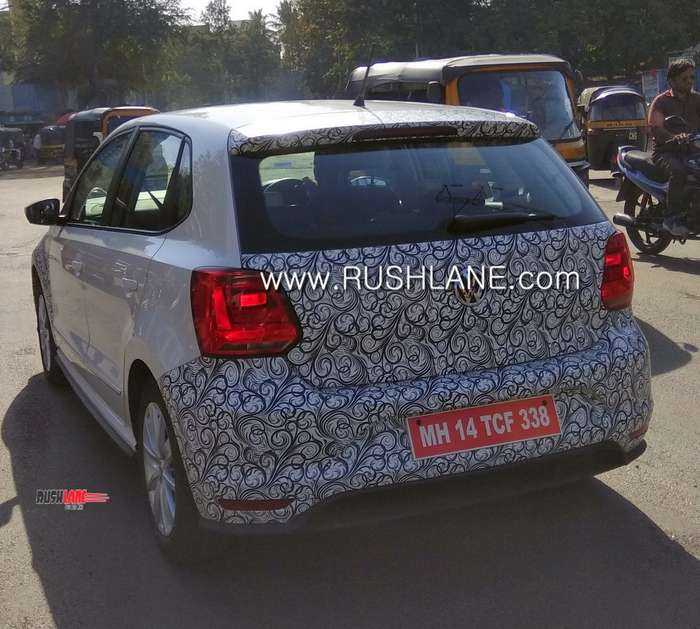 The facelift will mostly include newer bumper designs and some minor cosmetic changes on the outside. The regular Polo could get some inspiration from the Polo GTI and also get a dual-tone rear bumper. Interiors might get some feature addition however no major inclusions are expected.

Volkswagen in all likelihood won’t be bringing in any mechanical changes in these cars. Hence, powertrain options are expected to continue as is for both cars. The Polo comes with 4 engine options, 2 diesel and 2 petrol. The regular 1-litre petrol delivers 75 bhp and 95 Nm of torque while the performance focused GT TSI variant draws power from a 1.2 litre turbocharged petrol motor which churns out 104 bhp and 175 Nm of torque. The regular diesel Polo is powered by a 1.5 litre 89 bhp diesel engine while the GT TDI variant draws 108 bhp and 250 Nm of torque from the same motor.

The Vento comes with 3 engine options, one diesel and two petrol. Diesel unit is same as the one found on the Polo GT TDI and can be chosen with either a 5-speed MT or a dual-clutch AT. In case one wants a 7-speed dual-clutch AT option with a petrol engine, one needs to choose the 1.2 litre turbocharged petrol unit which delivers 105 bhp and 175 Nm of torque. However, if one prefers an old-school 5-speed manual gearbox with a petrol motor, VW provides this option with a 1.6 litre 103 bhp petrol engine.

Once launched, the Polo will continue to compete with the likes of Maruti Swift, Hyundai i20, Honda Jazz and the upcoming Altroz from Tata Motors. As far as Vento is concerned, it will try and grab some sales in the highly competitive space which is primarily dominated by Honda City, Maruti Ciaz and Hyundai Verna.