All new 2019 Yamaha FZ FI, also known as the FZ V3, has been spied testing in production ready format. Yamaha India has shared a launch invite with media, which is dated for an event on 21st Jan 2019. It is expected that this new bike gets launched on that date.

Seen in under rather little camo, there’s but little info to be gleaned. With design elements reminiscent of current gen FZ V2 and FZ25, it’s likely to be a matter of same same, but different. 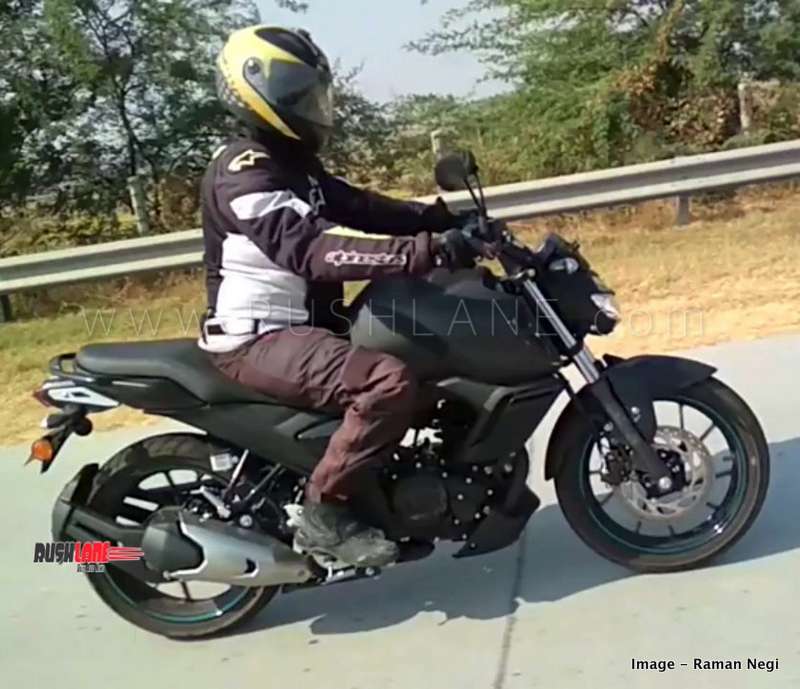 2019 Yamaha FZ V3 upgrades over FZ V2 include a design carryover. With front-end similarities to the FZ25, changes point to a new tank design and console layout, and handlebar position. The rear looks similar to the expected outgoing model with the addition of a tyre hugger.

The body doesn’t look unnecessarily garish with chrome bits and loud decals. Plenty of dark bits are complemented with a chrome or silver painted exhaust cover. In being compliant with ABS norms coming into effect in 2019, FZ V3 appears to get dual disc brakes with single channel ABS. 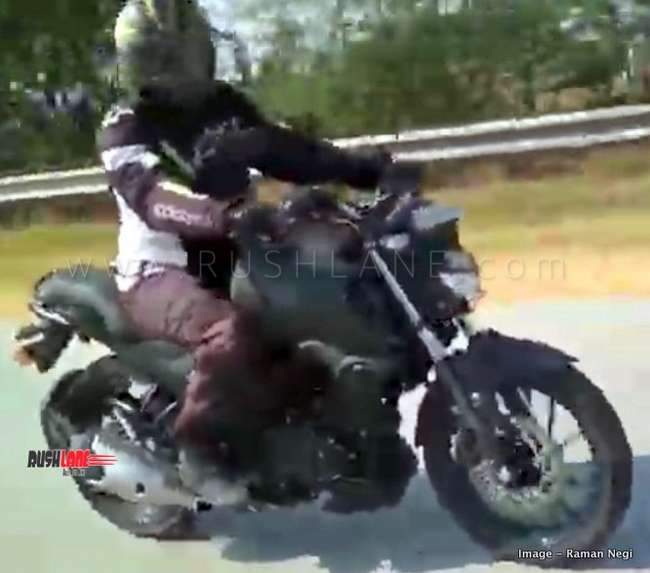 Current gen FZ gets power from a 149cc single-cylinder engine that returns max power of 13.2 PS, and 12.8 Nm of torque. The Yamaha FZ V3 test mule seems to carry the same engine unit is the current gen model. It’s performance output is likely to remain largely unchanged with cosmetic changes being the focus for the expected facelift.

Once launched, the new 2019 Yamaha FZ, will compete with the likes of Suzuki Gixxer. Expect prices to increase, due to the addition of new features, and single channel ABS. Current FZ is priced in the Rs 82k region. The new one can be expensive by about Rs 5k, and cost about Rs 87k, ex-showroom.