For visual enhancements, improved safety and functional improvements, Yamaha has launched a range of accessories for both FZ FI and FZ-S FI Version 3.0. Available at Yamaha dealerships across the country, these accessories are priced in the range of Rs 175 to Rs 800. Key accessories offered include tank pad, skid plate, rear footrest, USB charger, graphic set, engine guard and seat cover. 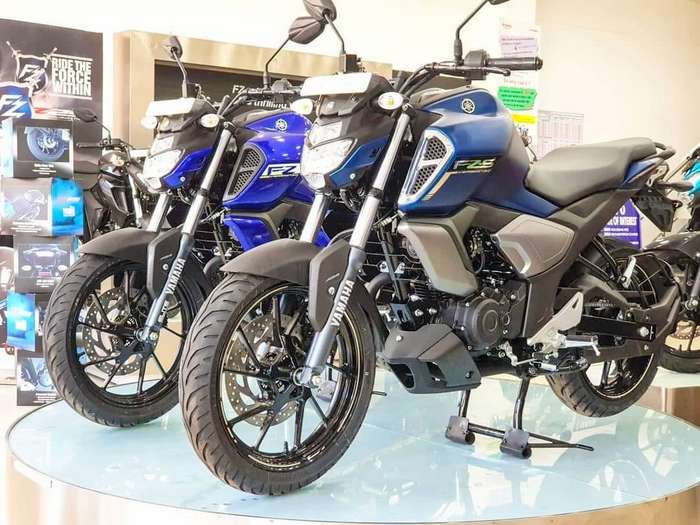 Rear footrest is priced at Rs 400 and it can be used as a base for side saddle and as a foot rest for pillion rider. USB charger is priced at Rs 750 and it is installed near the handlebars. However, a mobile phone holder is not part of the package. So you either need a long cable or may have to buy an aftermarket mobile holder.

One of the costliest accessories is the graphic set, which is being offered for Rs 800. It comprises racing decals that are added to various parts of the bike such as fuel tank, tank extension, side panels, and tail panels. Engine guard is also priced at Rs 800 and it comes with rust protection coating. This can be very useful in preventing damage to engine parts in case the bike skids. Engine guard also provides protection to your legs. Seat cover is available for Rs 300 and it adds style to the bike, all while protecting the seat from dust and abrasion. 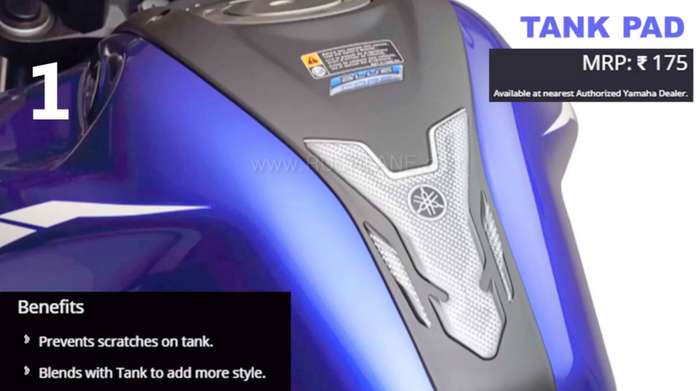 However, we don’t see any performance-enhancing accessories in the list. Yamaha FZ-FI Version 3.0 is powered by a 149 cc air cooled, 4-stroke SOHC, 2-valve engine that makes 13.2 PS of max power and 12.8 Nm of max torque. Engine is mated to a 5-speed, constant mesh transmission. Safety features include Bosch Anti-Lock Braking System (ABS) on the front disc brakes.

FZ-FI Version 3.0 retails at Rs 95,350 whereas FZS-FI sports a price tag of Rs 97,350 (both ex-showroom, Delhi). Both bikes are essentially the same with the exception of colour options and chrome accents on the body. Their primary rivals include Suzuki Gixxer and Honda CB Hornet 160R.