The 2019 Yamaha FZ S street fighter has been spied up close at what looks like a warehouse. The motorcycle is expected to be launched on 21st Jan. The new version of the popular compact displacement naked motorcycle is not just about the mandatory ABS update as it also receives significant restyling. 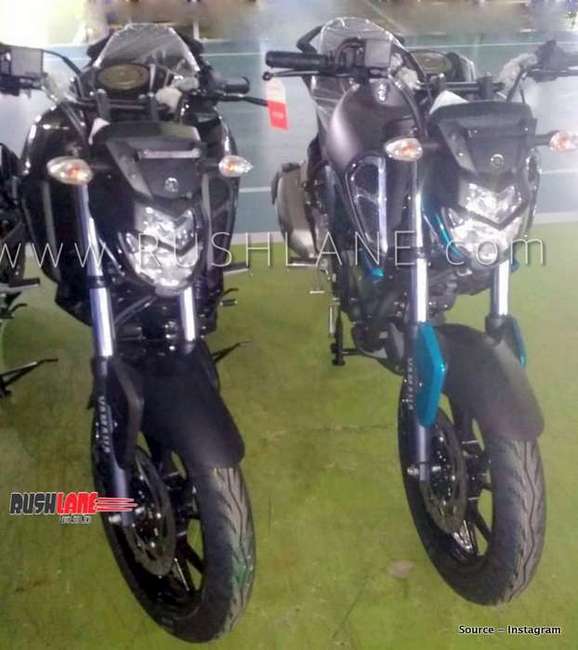 The updated motorcycle also receives new dual-tone color themes. The tailpiece and rest of the components appear to have been carried forward without much changes.

Apart from the addition of ABS, we don’t expect any significant mechanical upgrade. Speaking of ABS, it is unclear from the pictures if the system is a dual-channel unit or not. It is to be noted that the existing FZ S is available with standard rear drum brake and optional rear disc. 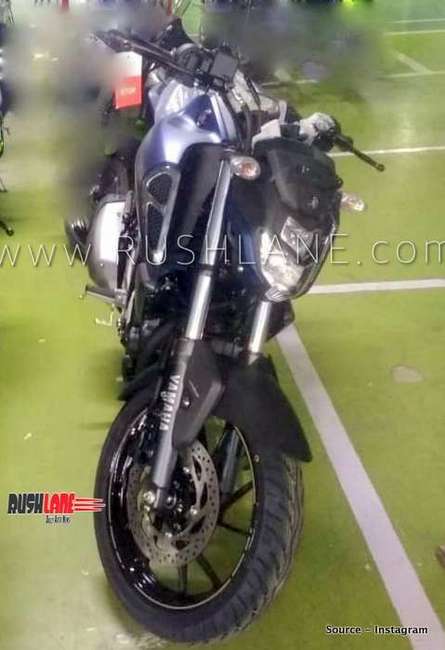 Yamaha FZS is powered by a 149 cc air-cooled fuel-injected engine which is tuned to deliver 13.2 PS and 12.8 Nm of torque. The motor is paired with a 5-speed gearbox. What FZ-S lacks in outright power, it makes up with a light kerb weight of 133 kg (disc brake variant).

To recap, the Yamaha FZ S is underpinned by a segment-standard hardware setup which includes a diamond frame with telescopic front and monoshock rear suspension system. The 17-inch alloy wheels are equipped with 100/80-17 front and 140/60-17 rear tubeless tires. Fuel tank capacity stands at 12 liters.