Yamaha Motors India has launched the new MT15 naked motorcycle today in India. The launch event took place at the Buddh International Circuit in Greater Noida, India. The bike is basically based on the R15 V3 in India, and is notably different from the one which is on sale in markets abroad.

The new Yamaha MT15 launch is part of the Japanese brand’s ‘Call of the Blue’ campaign, which started with the launch of new R15 V3. Under this new campaign, the company has launched a range of new motorcycles under the R-Series, FZ Series and now the MT Series. 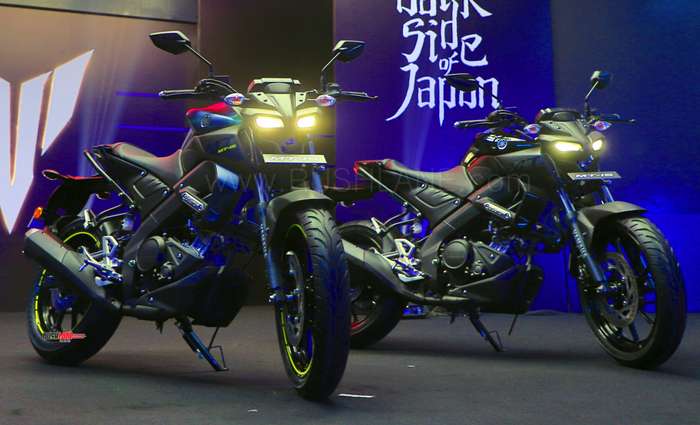 The new MT15 is directed towards young generation of two wheeler buyers in the country. It comes in with better acceleration and handling, as compared to rivals in the segment. It is based on the existing R15 V3 and receives an aggressive riding stance, muscular design. Features consist of LED headlight, LED taillamps, slipper clutch and a fully digital instrument console.

Yamaha MT15 is offered in two color options of Metallic Black and Dark Matt Blue. It is powered by a 155cc, liquid cooled, 4 stroke, SOHC, 4 stroke, fuel injected engine with Variable Valve Actuation. The engine is rated at 19.3 PS power at 10,000 rpm and maximum torque of 14.7 Nm at 8,500 rpm mated to a 6 speed transmission. Braking duties are handled by 282mm disc brake at the front and 220mm at the rear.