Yamaha MT15 will make its official debut on 15th March 2019 at the Buddh International Circuit. It is here the bike will be launched in India, and price will be revealed. Ahead of that, Yamaha India dealers have started receiving test ride and display bikes for promotional purposes. 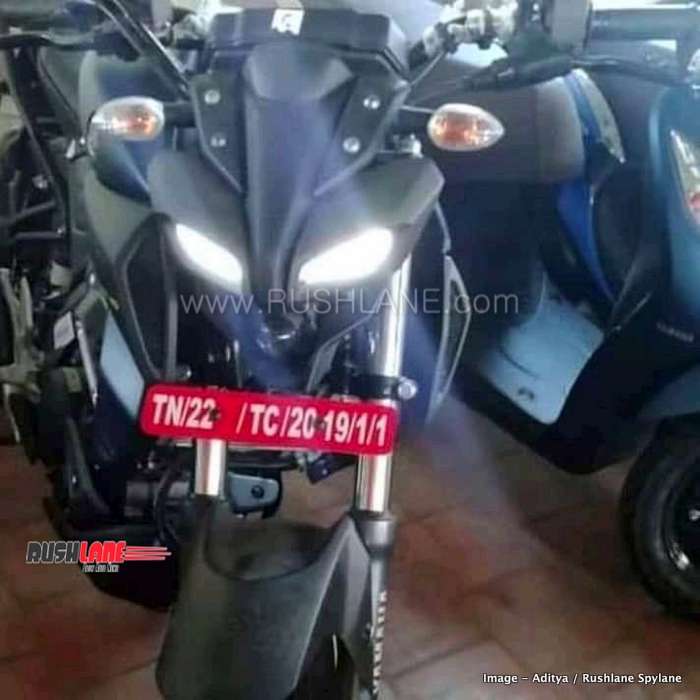 Spotted at a dealership, it was noted in a cool matte blue shade, but unlike the bright neon green wheels offered on the Indonesia spec model, the India spec Yamaha MT 15 will get black alloy wheels. Other colour option for India is the Darknight, which was recently launched on board the R15 V3.

Yamaha MT15 in India will sport similar designs for its headlamp, seats and instrument cluster as seen on the Indonesia spec model. However to keep costs low, it will miss out on a contoured fuel tank design, dual tone color scheme while tyres will be from MRF. The India spec model will also get box type swingarm, conventional telescopic forks as against upside down forks and cast aluminum swing arm. 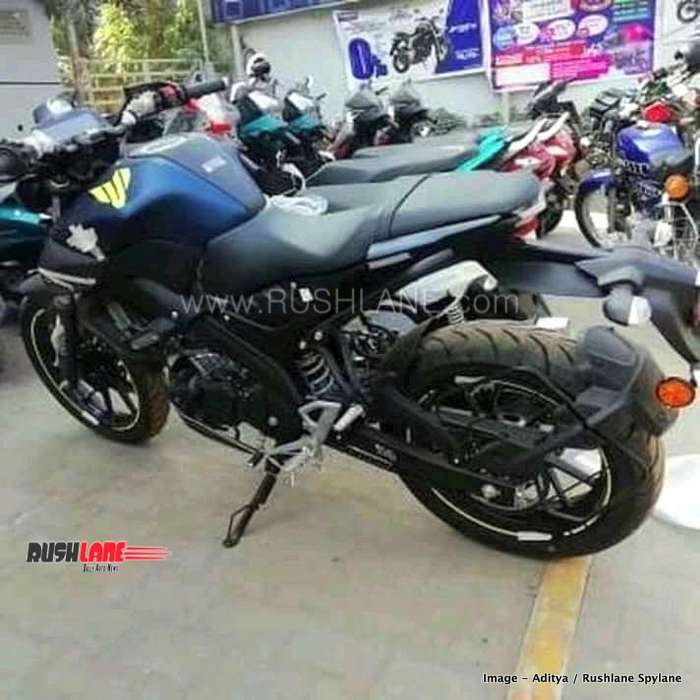 2019 Yamaha MT15 will be powered by a 155cc, single cylinder engine offering 19.3 PS power and 15 Nm torque. This is the same engine that also powers the R15 V3. Acceleration on the MT 15 is slated to be better than that offered on the R15 V3 due to a lower kerb weight.

Braking will be via 282mm disc in the front and 220 mm disc at the rear. Though Yamaha R15 V3 receives dual channel ABS, it is not yet clear as to whether the MT15 will receive single channel or dual channel ABS. However, in the intention to retain costs at affordable levels, it could be the single channel ABS which could be offered with the MT15. Yamaha MT15 is expected in a price range of Rs.1.15-1.20 lakhs. It will compete with the KTM 125 Duke, Pulsar NS 200.