Ahead of that, Qute BS6 CNG variant has been spied on road tests near Pune. As may be recalled, Bajaj Qute was showcased for the first time in 2015. It was launched in India in 2019, even though exports had begun several years earlier.

As is evident from the spy shots, there are no major changes on the outside. Images are credit to automotive enthusiast Adish. Qute BS6 CNG continues to have large headlamps, prominent front and rear bumper, 12-inch tyres, large windscreen, and trendy tail lights. Interiors are also expected to be largely the same as earlier. Qute is designed for comfort, so interiors have a minimalistic look and feel.

In its BS4 format, Bajaj Qute is powered by a 216.6 cc, single cylinder, liquid cooled, twin-spark ignition engine. The CNG variant churns out 10.9 hp of max power and 16.1 Nm of max torque. In petrol format, the engine makes 13 hp / 18.9 Nm. Engine is mated to a constant mesh manual gearbox with five forward and one reverse gear. For safety reasons, Qute’s top speed has been limited to 70 kmph. This is expected to be the same in BS6 variants. 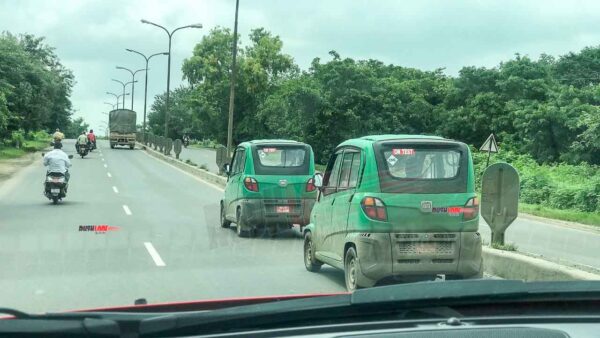 One of Qute’s primary USPs is that it is a highly fuel-efficient four wheeler. Qute is approved for both commercial and private use, so a significant number of people can benefit by saving on fuel costs. As compared to the most popular small car, Bajaj Qute CNG is 65% more fuel efficient. As per Bajaj’s testing norms, Qute CNG has a mileage of 43 km/kg. The petrol variant also delivers an impressive mileage of 35 km/l.

Another benefit is that Qute is very affordable to maintain. The cost of maintenance is comparable to that of a standard three wheeler. The engine and other parts have a simple design, which reduces repair and maintenance costs. Furthermore, Qute is a ‘Made in India’ product, so it’s easy to source replacement parts. 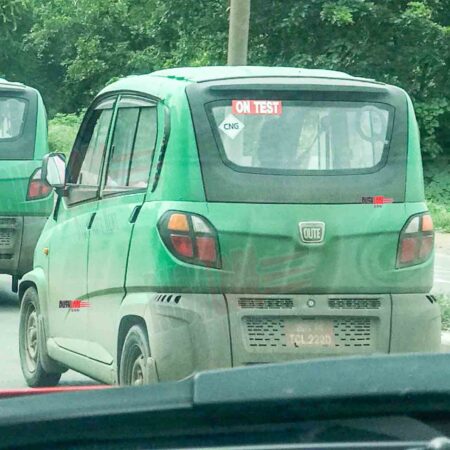 Qute can comfortably seat four people and has storage space of 20 kg inside front bonnet. An additional 40 kg can be added on the roof when the vehicle is equipped with roof rails with carrier. Rear seats can also be folded for additional storage.

As of now, Qute has emerged as a popular choice in Turkey. Bajaj has plans to launch Qute in several other global markets as well. In international markets, Qute is being used as school transport vehicle, passenger carrier and tourist vehicle.

Bajaj Qute BS6 variants are expected to be priced close to the existing BS4 variants. While the petrol unit retails at Rs 2.48 lakh, the factory-fitted CNG variant comes in at Rs 2.78 lakh.