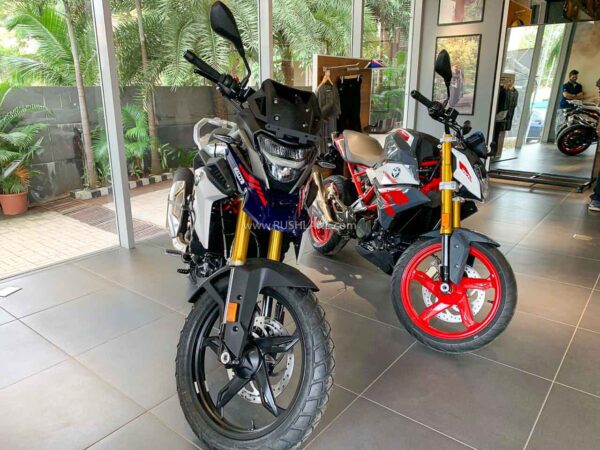 Updated G310 GS complies with BS6 norms as well as Euro 5 emission standards. In the Indian market, we have the updated BS6 version of the G310 R naked streetfighter. While 310 GS will take on rivals such as KTM Adventure 390 and Royal Enfield Himalayan, the 310 R will go up against KTM 390 Duke. Below is the official TVC video.

New G310 GS and G310 R are better looking than their predecessors and pack in a range of additional features. Among the key updates is an all-LED setup, comprising full-LED headlight, LED flashing turn indicators and LED DRL. The motorcycles also utilize a multi-colour concept, which has been a signature feature of BMW GS family. The MotoGP inspired colour theme comprises various colours such as metallic titanium grey, polar white, red and Kyanit blue metallic.

A number of features have been borrowed from large BMW R 1250 GS models, for example, the aggressive front fascia, signature windscreen, and a short tail. In terms of functionality, new G310 GS has been equipped with adjustable clutch level and handbrake lever. There are four adjustment levels, which can be customized as per the hand size of the user. 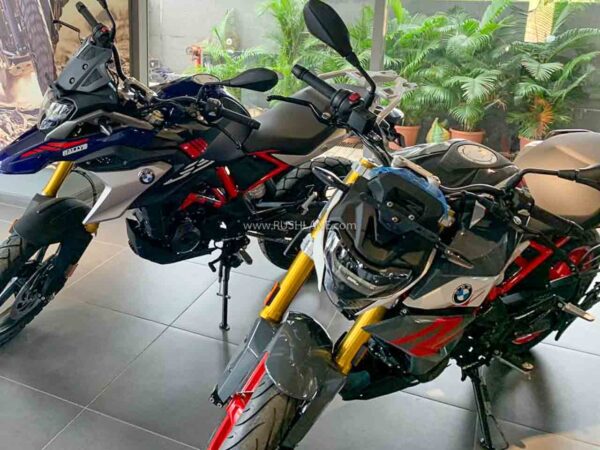 The 313 cc liquid cooled, single cylinder engine has been retained, but it now complies with updated emission norms. The engine is capable of generating 34 hp of max power at 9500 rpm and 28 Nm of max torque at 7500 rpm. Transmission is a 6-speed gearbox. Top speed is rated at 143 kmph. Accelerating from 0 to 100 kmph takes 7.17 seconds.

Even though the engine is the same as earlier, it has been equipped with new features such as electronic throttle grip. This will improve throttle response and avoid engine stall at low speeds. Another addition is the self-boosting anti-hopping clutch, which improves safety and rider comfort during fast deceleration.

As may be recalled, these entry-level motorcycles were launched to make the BMW brand name accessible to a wider audience. These have also effectively fulfilled the wish list of many auto enthusiasts with limited budgets, who had wanted to experience track-focused machines. With prices now cheaper than BS4 versions, BMW can expect to see a considerable bump in sales of these two motorcycles.