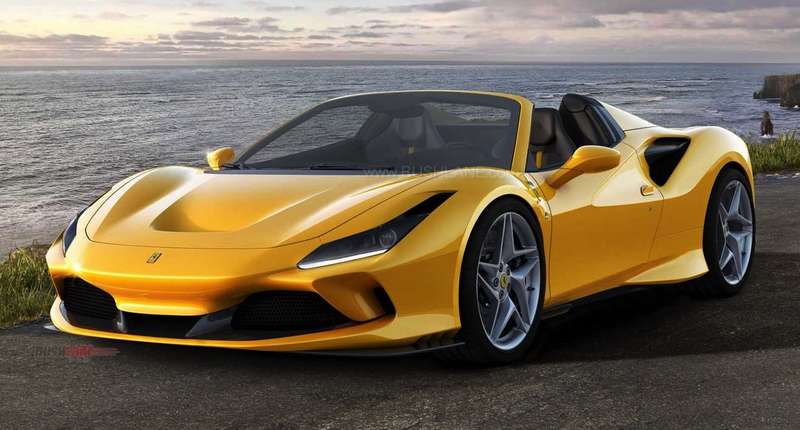 Ferrari has unveiled the new F8 Spider, a drop top sports car that is designed on the same lines as the F8 Tributo Berlinetta. It is essentially a replacement of the 488 Spider; which now comes in with several feature updates and a mid rear mounted V8 engine. It gets a retractable hard top which takes 14 seconds to open or close which can be achieved even when the car is travelling at 45 kmph.

This reduction in weight of rotating and non static masses such as titanium con rods, crankshaft and flywheel allows the engine speed to increase rapidly. The exhaust layout is also modified while the exhaust line gets a new Gasoline Particulate Filter as per new homologation norms. 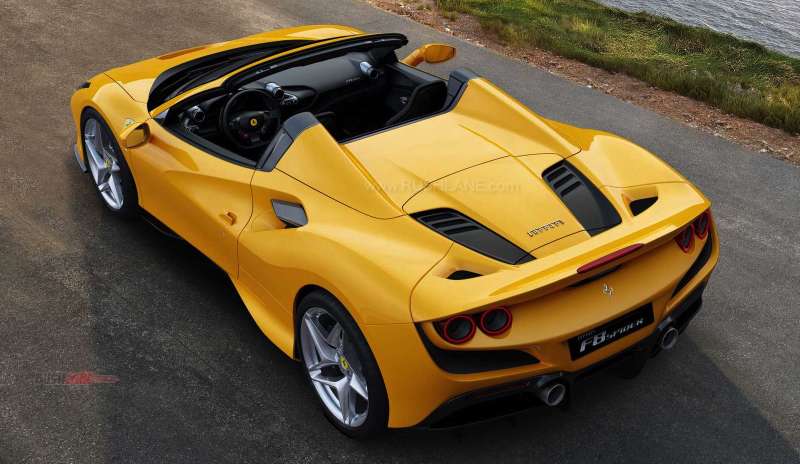 This torque figure is 10 Nm higher than that offered on the 488 Spider at lower engine speeds. Its top speed is also a notable improvement over the 488 Spider which had a top speed of 325 kmph.

2020 Ferrari F8 Spider gets the latest in Ferrari technology which includes electronic limited slip differential, side slip control allowing for controlled drifting, Ferrari Dynamic Enhancer system to adjust brake pressure as per individual calipers and also to optimize traction into and out of corners. It also gets better aerodynamics with a new 6.1 version of Side Slip Angle Control system.

The 2020 Ferrari F8 Spider which will compete with the McLaren 720S Spider will see a price higher than that of the coupe’s $274,280 base price. The new F8 Spider also gets the company’s 7 year maintenance program which covers all regular maintenance items for the first 7 years.