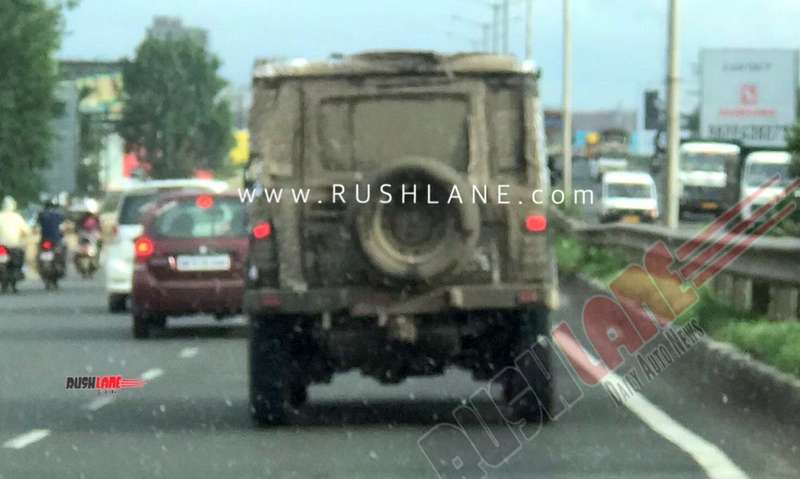 The Force Gurkha which has a sizable fan following within the off-roading community has been soldiering on with the same basic hardware setup for years. There have been regular updates but nothing major has changed until it received a safety update very recently to comply with the new regulations.

With the crash test norm kicking in from October 2019, the Gurkha is in for a comprehensive overhaul. Work on the next generation Gurkha is already underway and it is expected to enter production towards the end of 2019. Here are the first spy shots of the new gen 2020 Force Gurkha SUV on test, clicked by automotive enthusiast Adish Jogatar.

The new model will receive a stronger body shell which will clear the crash tests while the ladder frame chassis is expected to continue without major changes since it was revised only recently (received a new multi-link rear suspension).

Force Motors is likely to use this opportunity to bestow the bare-bones off-roader with creature comforts in a bid to attract wider audience base. New Force Gurkha will be powered by a BS-VI ready version of the 2.2-liter diesel engine which is borrowed from Mercedes-Benz. The oil burner is good for 140 hp.

The fully loaded version of the Gurkha will be equipped with 4×4 system with low transfer case and several other hardware that makes life easier off the beaten path. The next generation Gurkha is likely to give the existing entry level 2.5-liter 85 hp diesel engine a miss (this engine however is expected to get a BS-VI version so that it can continue powering the Trax range).

As far as the styling is concerned, the new Gurkha is expected to retain its Mercedes G-Wagen inspired boxy shape although bumpers, headlamps and grille may see some minor revision. Accessories like snorkel, roof-mounted luggage carrier, headlamp guards, etc, not only improve the functionality but also makes the Gurkha look better. Ditching the current model’s utilitarian interior for plusher appointments would go a long way in widening the SUV’s appeal.

The new Force Gurkha is expected to be unveiled at the Auto Expo 2020. The off-roader will lock horns with the Mahindra Thar which is also getting ready to progress to next generation.