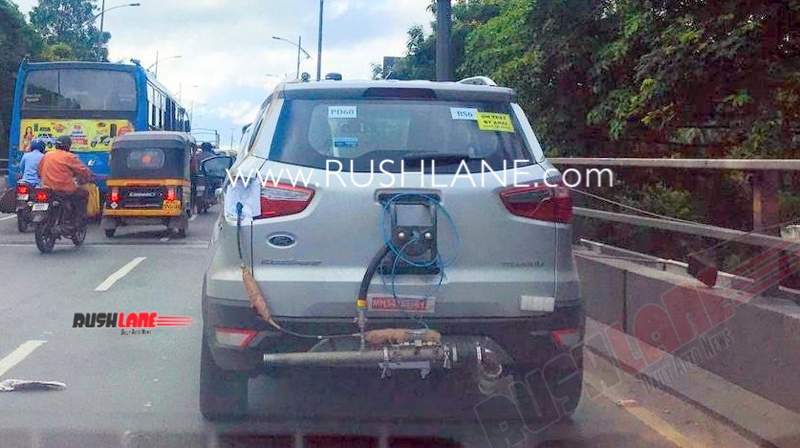 Ahead of the 1st April 2020 deadline, Ford will make their entire range of cars BS6 compliant. Automotive enthusiast Aneesh recently spotted a EcoSport test mule in Pune. The car had emission testing equipment attached. It clearly mentioned ‘On test by ARAI’ and that it was a ‘BS6’ test mule.

Ford will upgrade the 1.5 liter Dragon Series petrol and 1.5 liter diesel engines to comply with the new BS VI emission norms but will not upgrade the 1.0 liter EcoBoost engine as it would involve high upgrade costs while sales numbers are relatively low. Hence this engine could be discontinued.

Ford EcoSport BS VI will compete with the Hyundai Venue, XUV300, Nexon, EcoSport and Vitara Brezza, all of which are in the sub 4 meter SUV segment. Considering Venue, XUV300 are new rivals, a feature update on the EcoSport also cannot be ruled out. Tata is also going to upgrade the Nexon by Auto Expo 2020. 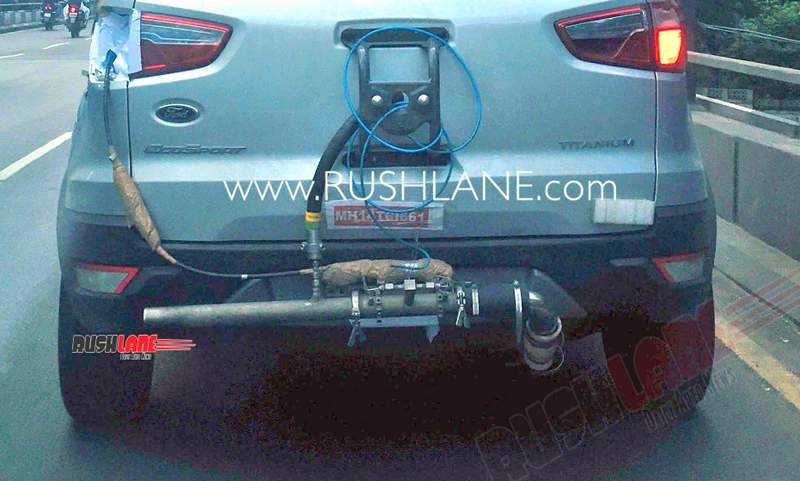 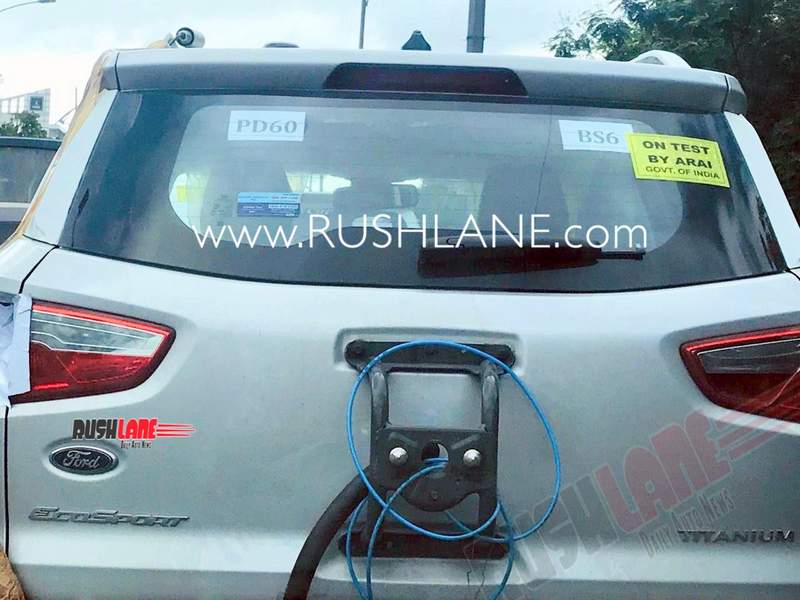 It will be the former two engines which will be upgraded to comply with BS VI standards. The 1.0 liter, 3 cylinder EcoBoost turbo petrol engine, which offers 123 bhp power at 6,000 rpm and 170 Nm torque at 1,500-4,500 rpm could be replaced by a 1.2 liter turbo petrol engine which also powers Mahindra XUV300 in a collaboration which these two automakers entered into in 2017.

Ford and Mahindra are reportedly going to announce the formation of the new JV. Under this new JV, Ford will shut down all independent operations in India, as they will handover control to Mahindra. In the new JV, Mahindra will own 51% stake while Ford will own 49% stake. This is being done because Ford has failed to make a mark in India, in spite of being here for about 20 years and investing about $2 billion.

In a bid to boost sales and to clear out piling stocks, the company is also offering the current EcoSport with discounts and benefits upto Rs.40,000 through the month of September 2019. This includes a Rs.30,000 cash discount, Rs.5,000 woman’s special discount and Rs.5,000 corporate discount.