Hero Xtreme 160R aka Urban Race will hit the market in March 2020. Once launched, it will be the quickest motorcycle in its class.

Hero MotoCorp has unveiled the all-new Xtreme 160R sports commuter motorcycle in the country with the tagline, ‘Urban Race’. Based on the Xtreme 1.R Concept that was showcased at the 2019 EICMA Motor Show, the motorcycle comes as a replacement to the Hero Xtreme Sports, that was discontinued last year on account of poor sales. However, the Hero Xtreme 160R could make a strong statement by being one of the best-looking as well as the quickest motorcycles in its segment.

The 2020 Hero Xtreme 160R comes equipped with 37mm Showa forks and a monoshock at the rear. The 17-inch 5-spoke wheels are shod with 110mm and 130mm tyres at the front and rear, respectively. The motorcycle has a kerb weight of 138.5kg; making it one of the lightest motorcycles in the 160cc sports commuter category (by a small margin). 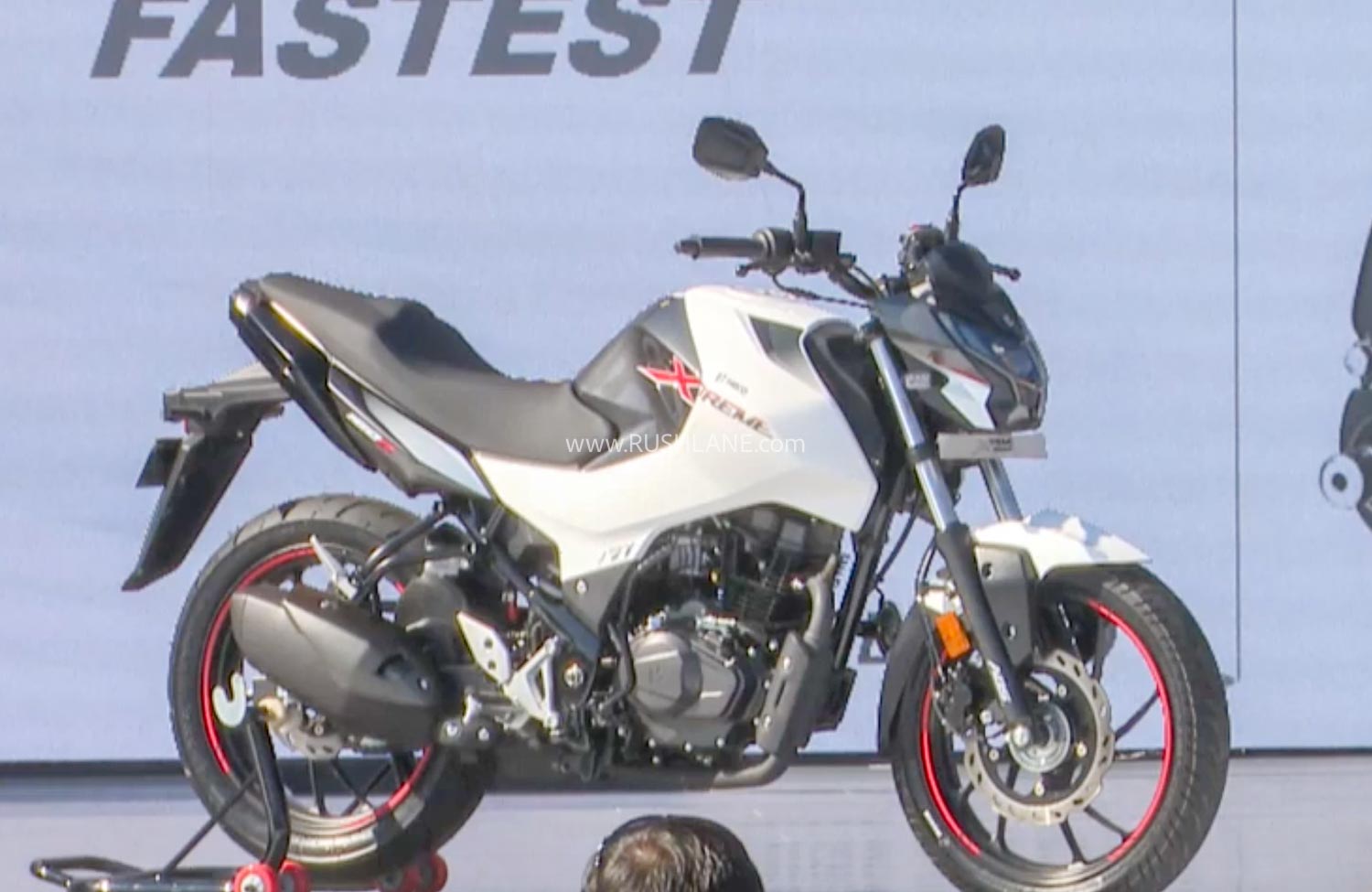 The Xtreme 160R gets a full-LED headlamp to go with the latest trend alongside a fully-digital instrument cluster. The display model came with petal disc brakes at the front and rear, but gets a single-channel ABS unit. The seating profile, even though a single-seat, looks sporty with the high-set pillion hump. In its showcase format, the motorcycle rests tall from the ground with the paddock stand. The final market-ready model could have a lower rear suspension setting as standard.

Powering the Hero Xtreme 160R is a BS6-compliant 160cc air-cooled single-cylinder engine that makes 15bhp and 14Nm of torque while mated to a 5-speed transmission. Put together, the sports commuter can do hit 60km/h from a standstill in a commendable 4.7 seconds. This essentially makes it the quickest motorcycle in the 160cc category which is dominated by the likes of the TVS Apache RTR 160 4V and Bajaj Pulsar NS 160.

As you may know, the Indian automotive industry is busy updating products to the latest BS6 emission norms. Usually, in the case of low-capacity vehicles such as two-wheelers and three-wheelers, the process of updating to higher emission norms come at the cost of slightly reduced output.

This is a direct effect of the extensive re-engineering required to the fuelling and exhaust systems to cut down the by-products of combustion. In this regard, the Hero Xtreme 160R does not make a major compromise and produces similar (but marginally lesser) output figures compared to its competitors from TVS and Bajaj. Furthermore, the Xtreme 160R is still the quickest in its class.