The high-performance, fully faired quarter-litre bike was launched last year and it is on sale in many international markets including Japan and Indonesia. In its 2020 avatar, the bike gets a new colour option and some mechanical upgrades.

Updated Honda CBR250RR borrows some of its styling from its bigger siblings, the CBR650R and CBR1000RR. There’s a new colour option – Grand Prix Red with Pearl Glare White. This variant comes with gold-plated rims and forks, which create an exciting contrast with the red and white colour scheme. 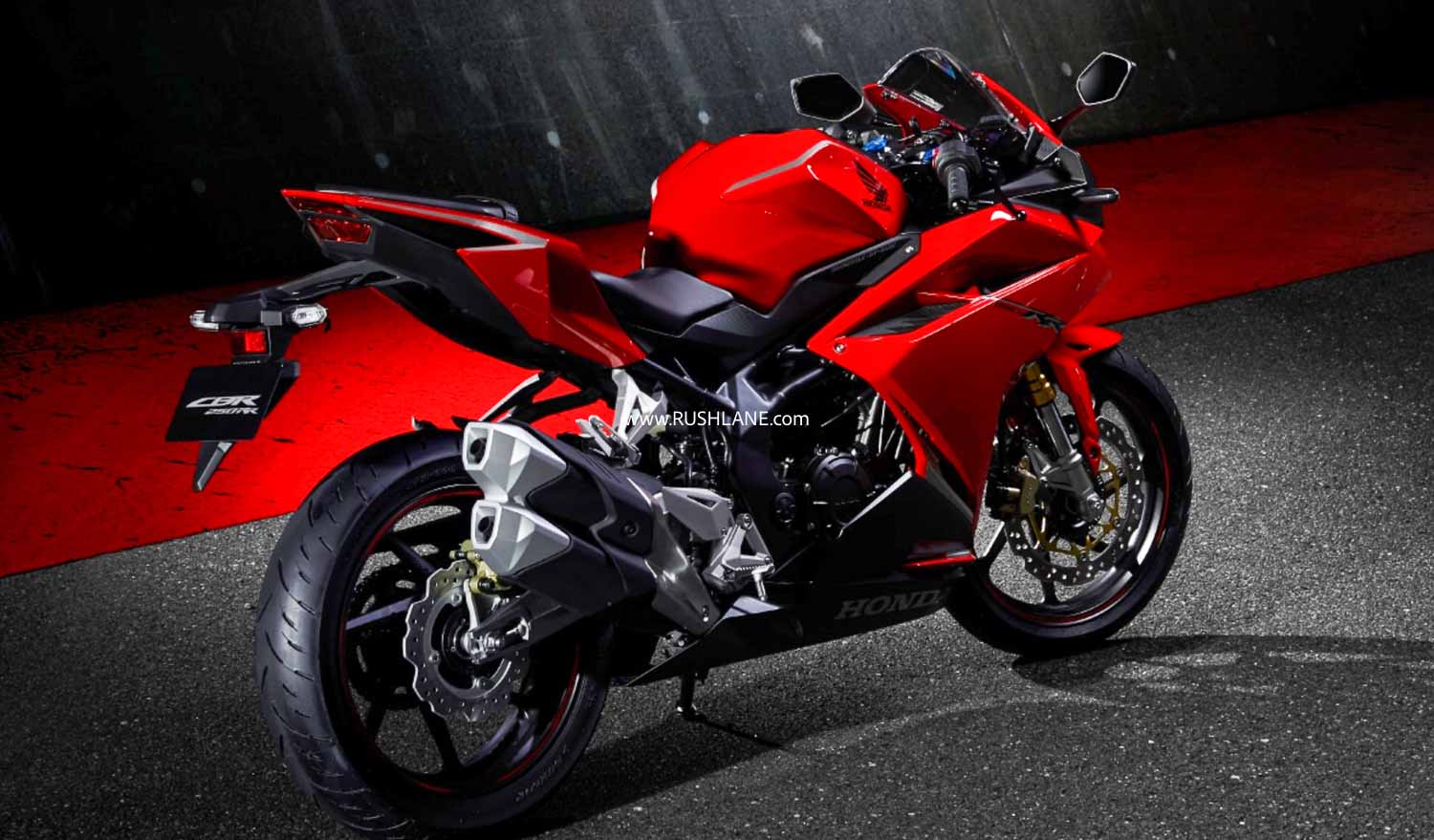 Apart from these, there aren’t any major cosmetic changes in the updated bike. It continues with its aggressive profile, as accentuated by dual LED headlamp, LED position lights, sculpted side cowl, sleek side panels, low-set handlebars, and muscular fuel tank.

2020 Honda CBR250RR was scheduled to be unveiled at Osaka Motorcycle show and Tokyo Motorcycle Show, but these have been cancelled due to coronavirus. Subsequently, Honda decided to unveil 2020 CBR250RR at Honda Virtual Motorcycle Show. Along with CBR250RR, other Honda bikes such as CT125 Hunter Cub and CBR1000RR-R Fireblade will also be unveiled at the virtual event.

Features that have been continued from the earlier model include fully-digital instrument cluster, double-barrel exhaust and petal disc brakes. Updated CBR250RR is powered by a new 250cc twin-cylinder, liquid cooled engine that generates max power of 41 ps. This is around three units more than the earlier model. Torque output is also expected to go up, even though exact numbers have not been revealed yet. For records, torque produced by earlier model was 23.3 Nm at 11,000 rpm. Engine is mated to a 6-speed transmission.

Coming to mechanicals, one key upgrade is the addition of slipper clutch. This was not available in the earlier variant. However, based on customer feedback, Honda has introduced the slipper clutch as a standard feature in new CBR250RR. Honda will continue to offer bi-directional quickshifter system as an option. CBR250RR is already equipped with ride-by-wire throttle system. Users will be able to choose from three riding modes of Comfort, Sport, and Sport+.

New CBR250RR will sport a price tag of 847,000 yen, which is around Rs 5.78 lakh. It will rival the likes of Kawasaki Ninja ZX-25R. In the Indian market, Honda sells CBR250R, which will be discontinued after BS6 emission norms come into effect from March 31. CBR250RR is unlikely to be launched in India, owing to its high pricing. In case it is launched in India, CBR250RR will emerge a formidable competitor to the likes of Kawasaki Ninja 400.