Honda Car India aims to launch its 2020MY Honda City in July 2020. The Japanese automaker had to delay its introduction due to the ongoing COVID-19 crisis which hit India towards the end of March 2020. At the moment, it is one of the most awaited cars in the Indian market.

In its latest fifth-generation avatar (seventh in global markets), the Honda City showcases substantial improvements in terms of styling, equipment and safety. The sedan sits on a different platform and made its international debut in Thailand last year. Honda Car India calls it the ‘Ambitious Sedan’ and primarily targets it at the new 2020MY Hyundai Verna. Bookings are open as well. Here’s everything you need to know about the all-new Honda City! 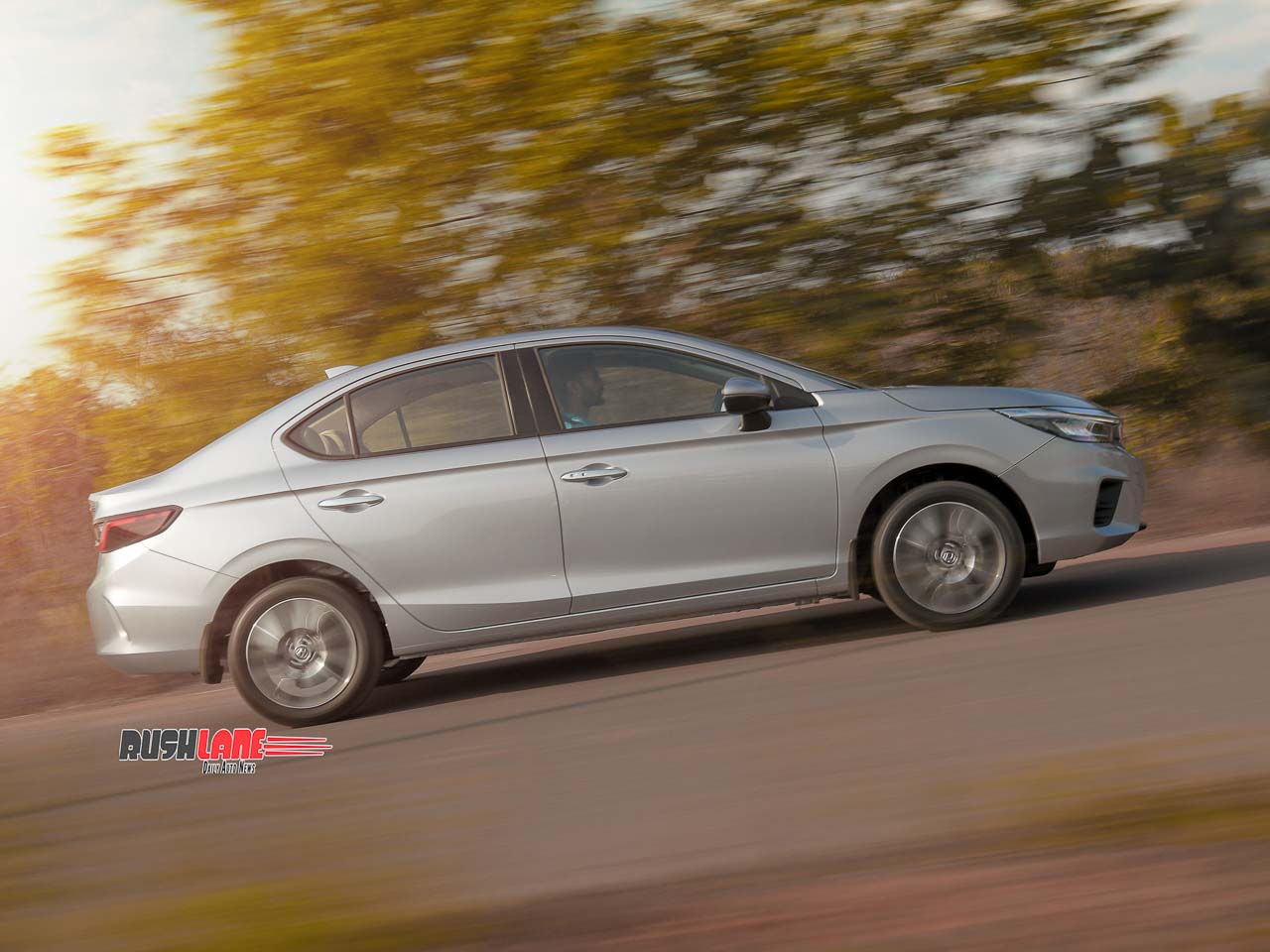 Honda Car India calls the beige/black interiors ‘Ambitious Beauty’. The dashboard employs a ‘real-stitch soft pad’ and ‘woody garnish’ alongside the leather-wrapped steering wheel and gear lever. Seats are finished in leatherette. The company claims that it has applied the ‘So-kai (invigorating) cockpit’ concept, based on ‘Man Maximum Machine Minimum’ philosophy. The result is enhanced visibility and minimal blind spots. 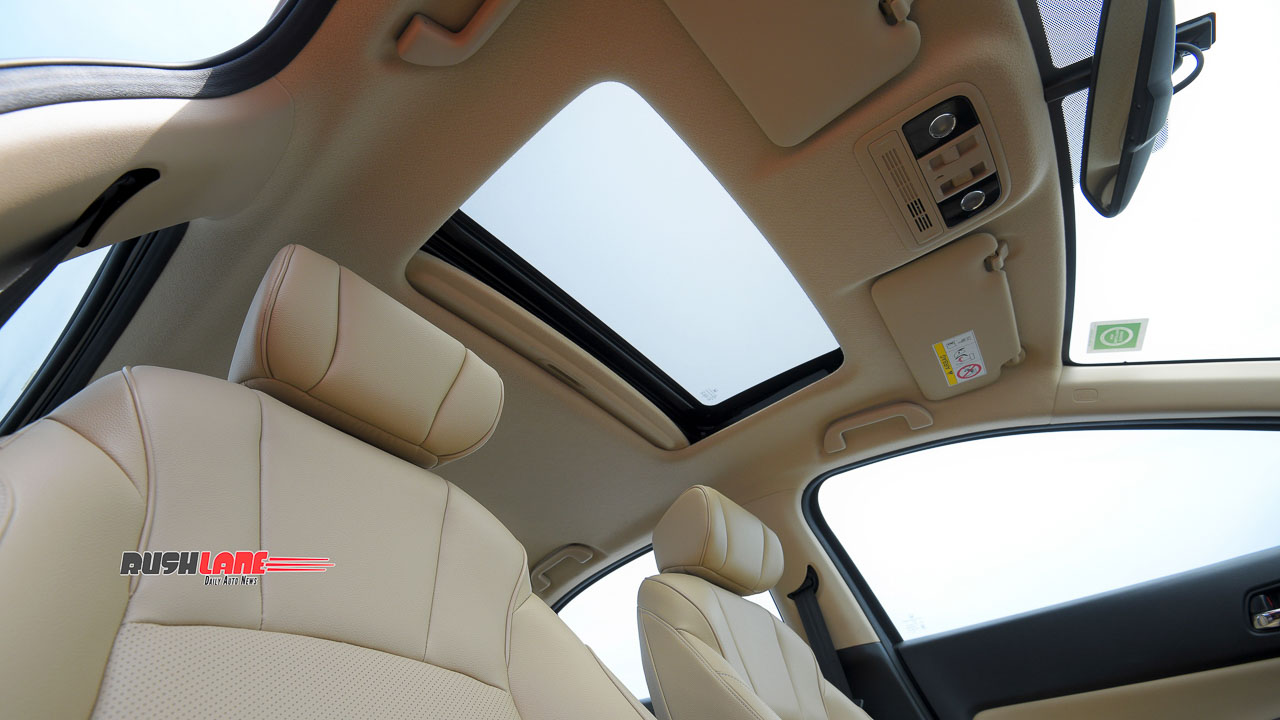 The new-gen Honda City is the longest and widest choice in its class. Overall dimensions (LxWxH) stand at 4549x1748x1489mm while the wheelbase is set at 2600mm. It has also got the best boot capacity among the lot, at 506 litres.

Indian buyers, in general, prioritise features over most other aspects. In this regard, the new Honda City does not disappoint and offers a lot on the inside. The list includes an 8.0-inch touchscreen (supporting Android Auto, Apple CarPlay and Weblink), 7.0-inch MID in the instrument console; sunroof, rear sunshade, ambient illumination, advanced ‘smart key’ (with remote engine-start, walkaway auto-lock, power window + sunroof operation; and more), Honda Connect with Telematics Control Unit (TCU), etc. 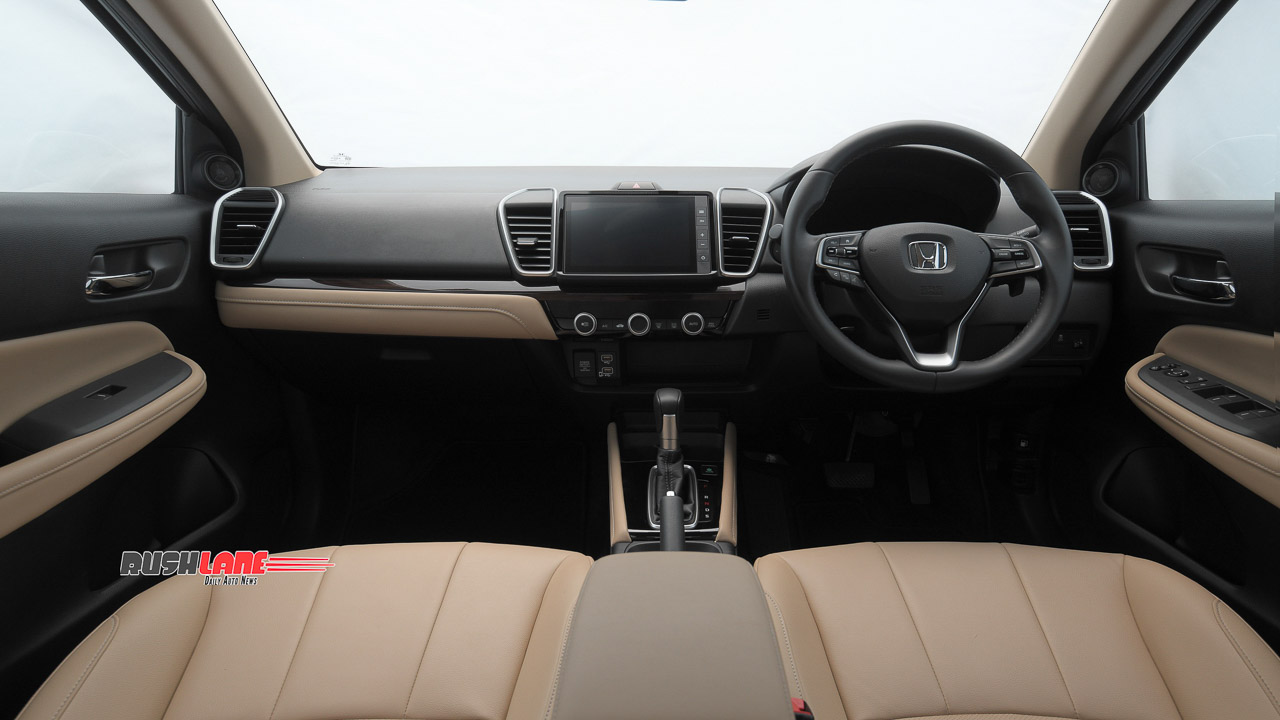 Honda Connect suite itself has over 32 functionalities such as stolen vehicle alert, automatic crash notification (+ emergency assistance) and geo-fencing. The new Honda City is the first car in India to feature Alexa remote capability.

Compared to its predecessor, the 2020MY Honda City is based on an all-new platform. The Ultra High Tensile steel architecture is significantly lighter and more rigid. Notable contributions extend to lower NVH levels, higher front torsional rigidity and enhanced suspension setup. High safety ratings are also a welcome result.

It was initially told that the new Honda City BS6 would debut only in a petrol format. However, Honda Car India has confirmed that the sedan would be offered with a diesel engine too, right from the start. Besides becoming compliant to BS6 emission norms, the familiar 1.5-litre i-DTEC four-cylinder diesel motor does not pack any major revisions. It churns out roughly the same 99bhp @ 3,600rpm and 200Nm @ 1,750rpm while mated to a 6-speed manual transmission. Mileage claimed is 24.1 kmpl. 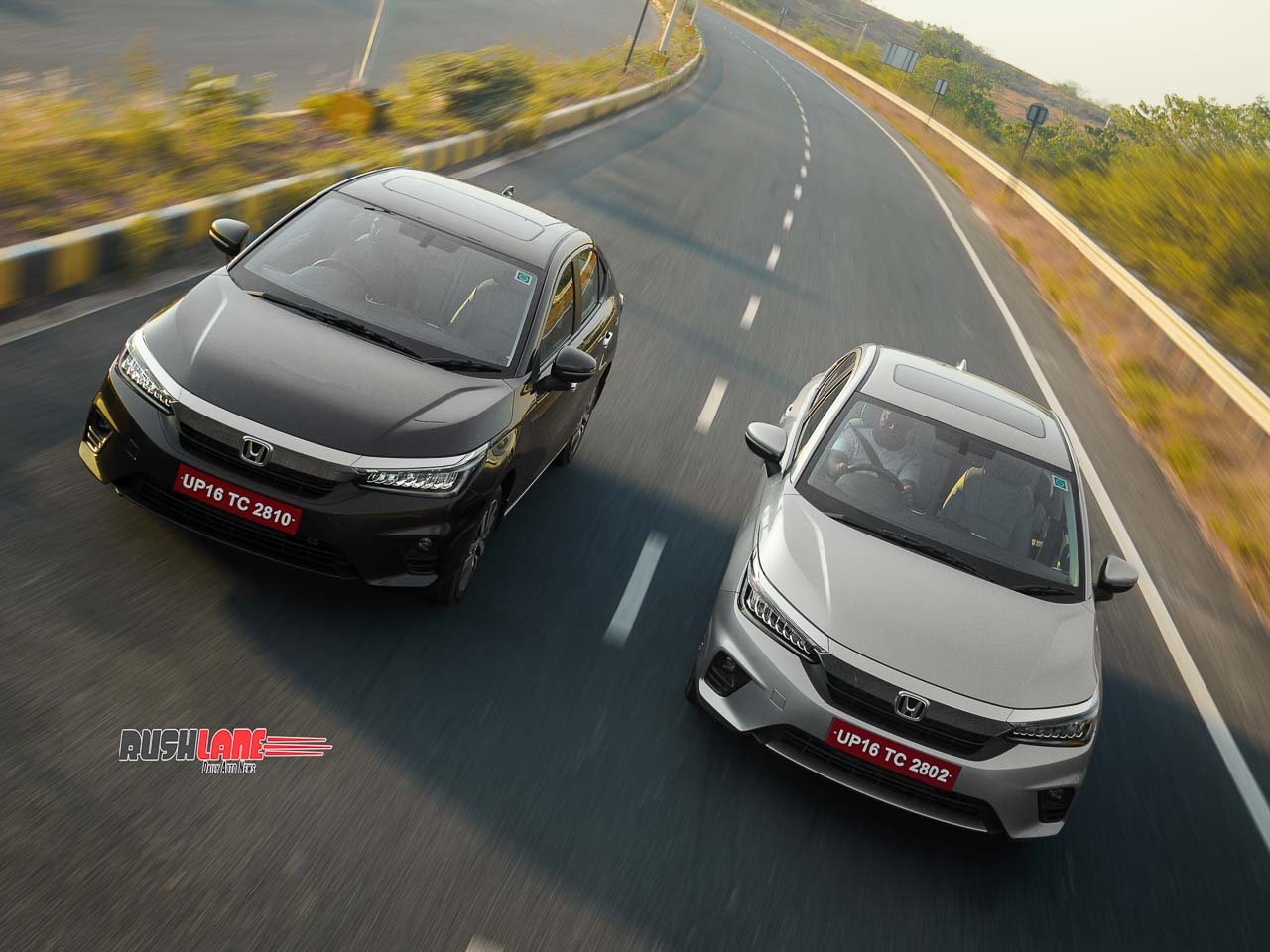 On the other hand, its petrol engine is an all-new unit despite being the same size. The 1.5-litre i-VTEC four-cylinder NA petrol motor generates 119bhp @ 6,600rpm (2bhp more; should be noticeable as the car is lighter) and 145Nm @ 4,300rpm. This is available with either a 6-speed manual transmission (BS4 model had a 5-speed unit) or 7-step CVT automatic (also new; with reduced ‘rubber band’ effect). MT mileage is 17.8 kmpl and 18.4 kmpl for CVT.