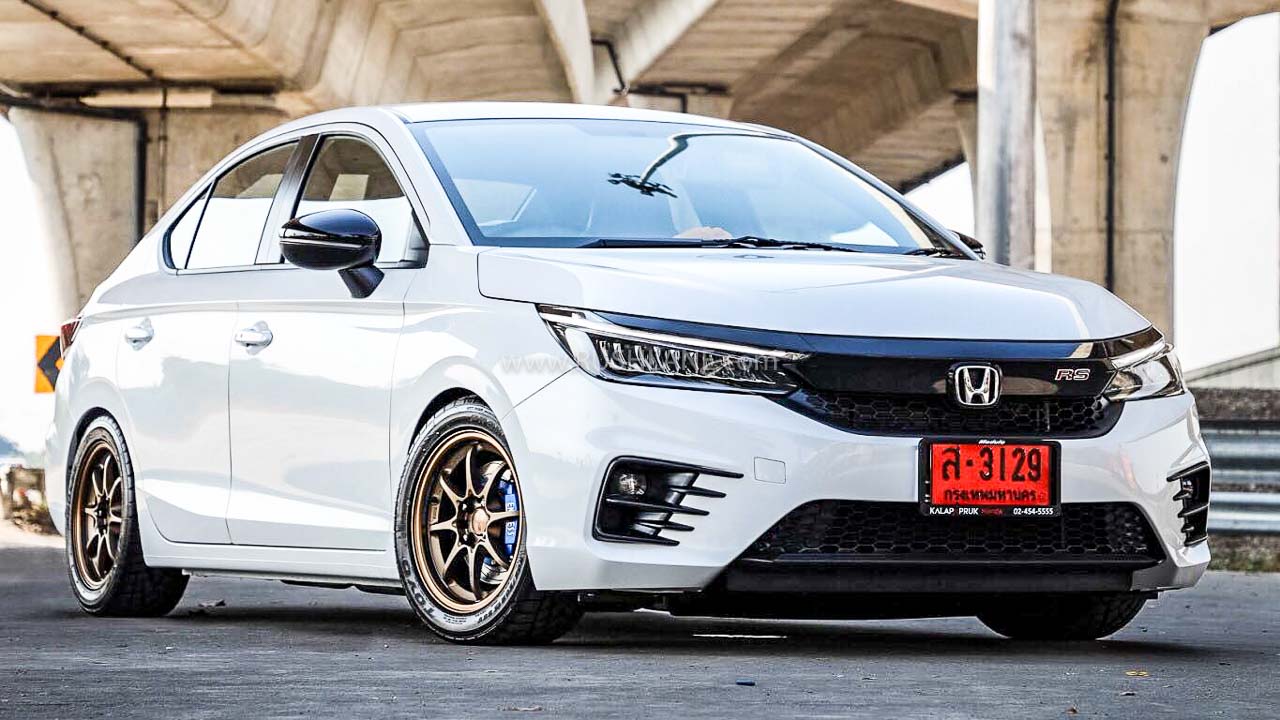 The fifth generation of the iconic Honda sedan for the upper-middle-class — a stereotype which stayed strong for many years, but is slowly dying down — made its debut in Thailand with a complete overhaul to the exteriors and interiors.

Alongside the regular fifth-generation City, Honda also unveiled the sportier City RS Turbo. To accentuate its sporty character, the Honda City RS Turbo gets interiors treated with red accents and exteriors devoid of any chrome treatment.

Now, Thailand-based J.S.Racing Wheels (not to be confused with J’S Racing which you may know from your fellow hardcore JDM fans or more conveniently, from Need For Speed) has bumped up the sportiness of the City RS Turbo even further. 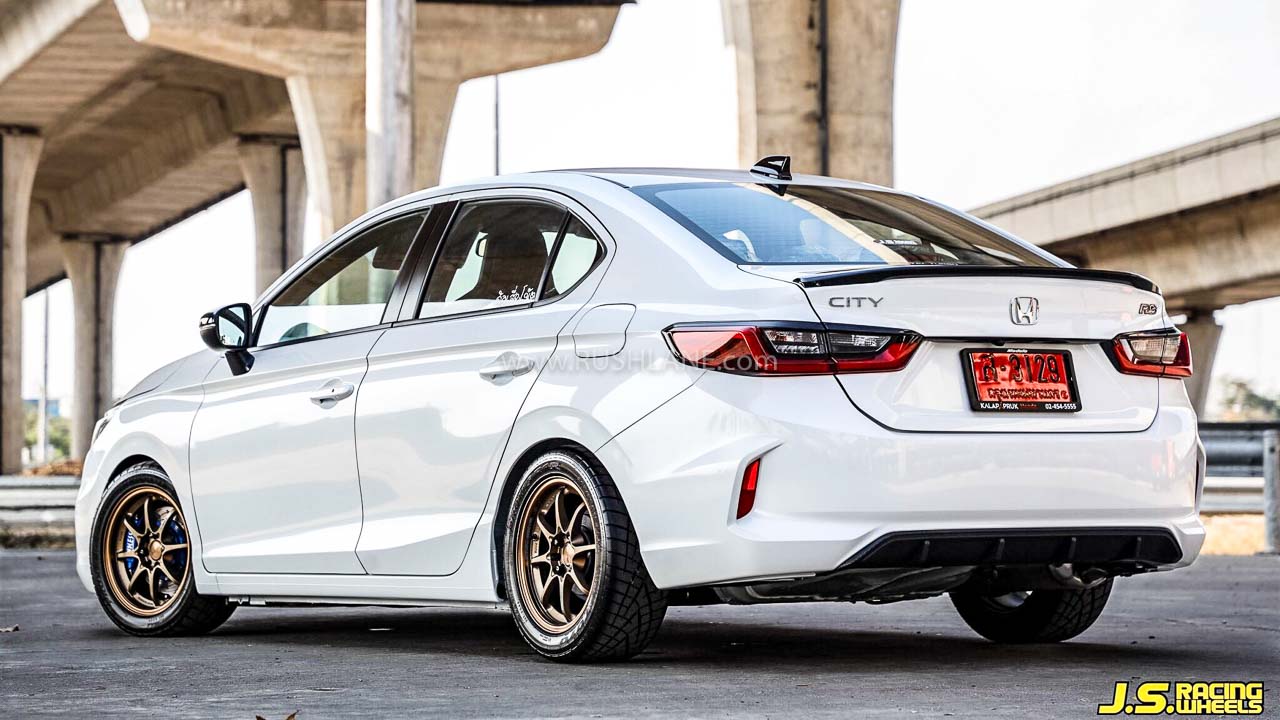 Upon first glance, the J.S.Racing Wheels City RS Turbo feels like a lowered car with aftermarket wheels; just like a classic example of the widespread form-over-function trend of car modification. However, a closer observation by those who know a bit about performance upgrades will notice the Endless calliper-rotor assembly hiding behind the Volk Racing CE28 15×7 +35 wheels.

The wheels are shod with Toyo R1R 205/50 R15 rubber while the lowered and stiffer ride is provided by H Drive S spec 32-stage adjustable dampers. Inside, the J.S.Racing Wheels City RS Turbo gets Recaro CS seats. Increased performance and dynamics are sure bets. The engine may have undergone some tuning and minor upgrades as well to complement all these mods. 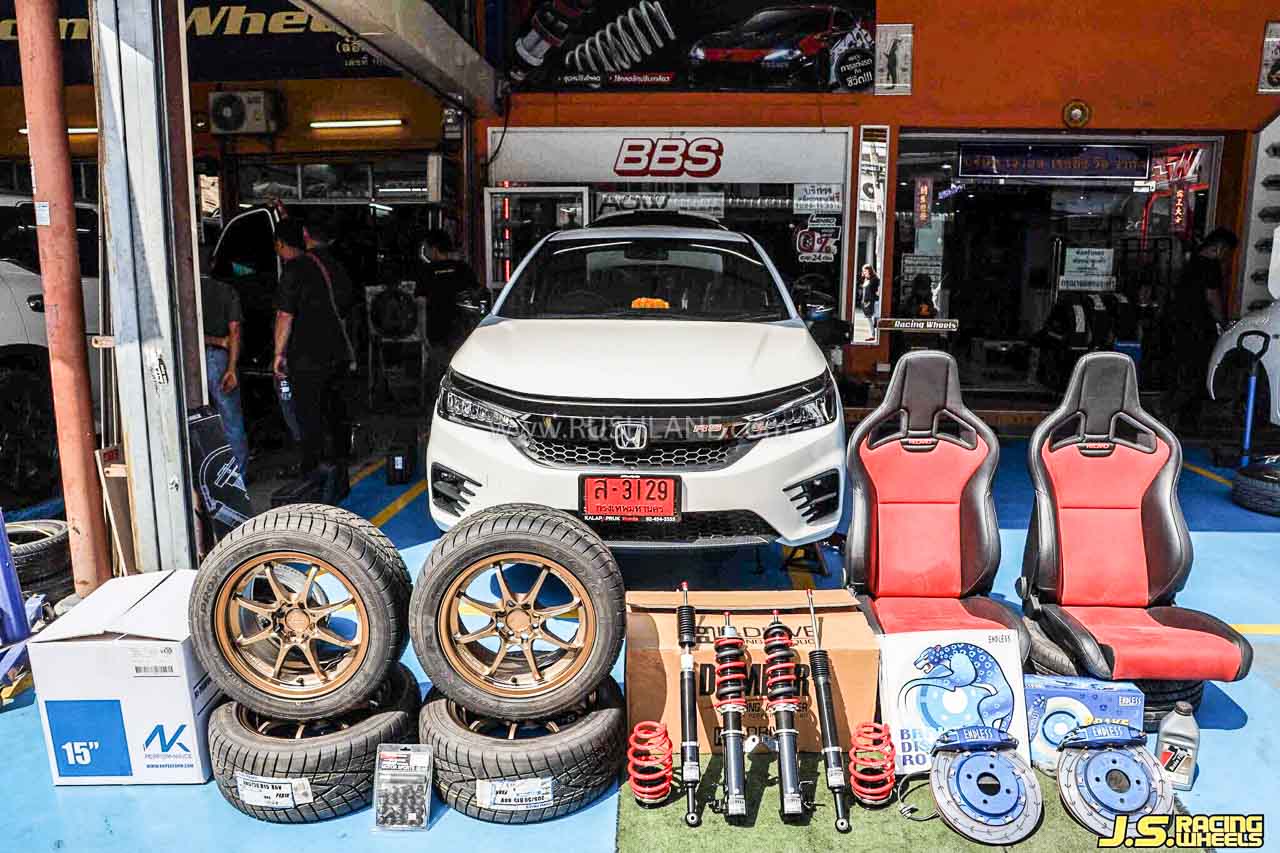 In stock format, the Honda City RS Turbo is powered by a 1.0-litre three-cylinder turbo petrol engine that makes 122bhp and 173Nm of torque. The engine comes mated only to a CVT unit. In the case of the J.S.Racing Wheels City RS Turbo, output figures might have touched almost 150bhp and 200Nm (at least ideally to justify all the additional fitment).

The Honda City RS Turbo might never visit Indian shores simply because the average Indian buyer is not a driving enthusiast. Still, Honda fans in the country sustain their hopes of Honda Car India bringing home exclusive products such as the Civic Type-R someday, at least in limited numbers. Even though the company’s focus is quite different from that, keep in mind that Honda Car India had once considered introducing the second-generation NC1 Honda NSX in our market.