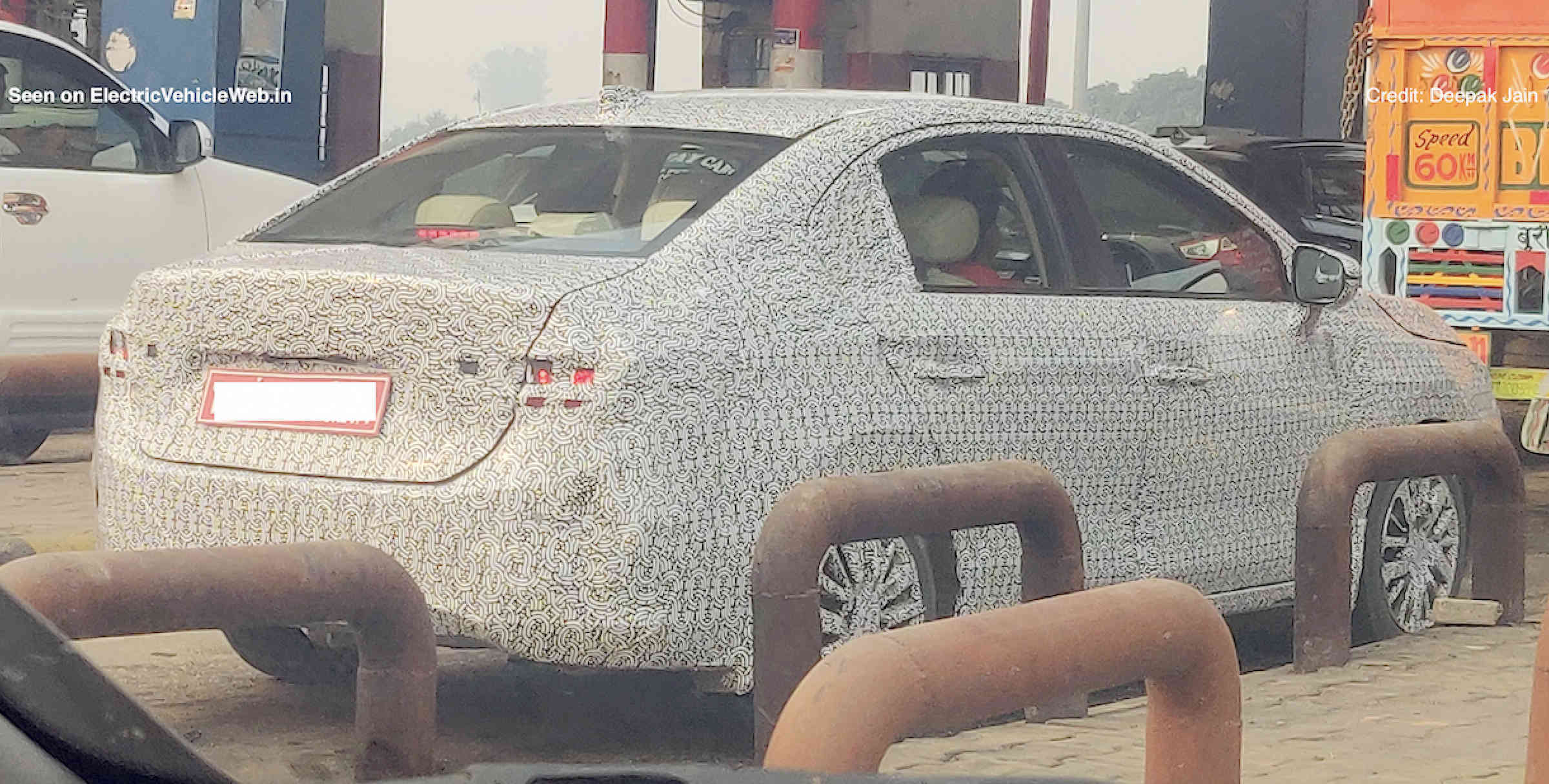 The fifth iteration of the popular Honda City C segment sedan has been spotted testing in India once again. India has always been the most important market for the Asia-specific sedan which has been managing to clock reasonably consistent monthly sales despite immense pressure from new crossovers. So, the latest iteration is well worth the effort from the company’s point of view, and we expect significant improvement.

The test mule is fully camouflaged but we can make out that the exterior styling is evolutionary. The basic shape has been retained but tauter surfaces and more accentuated lines could be seen. The front fascia is expected to undergo significant changes in line with the brand’s latest identity. If the previous four iterations are anything to go by, the 2020 Honda City would be marginally bigger than its predecessor and that means more interior space.

The interior of the new Honda City is expected to undergo noticeable changes, especially when it comes to dashboard materials and color themes. One can expect an upgraded infotainment system with latest connectivity features, an improved instrument console and additional creature comforts.

As far as powertrain lineup is concerned, the new Honda City is expected to retain its existing 1.5-liter petrol and diesel engines albeit in BS-VI avatars. There are also talks about Honda offering mild-hybrid technology to take advantage of the government’s FAME-II scheme.

In their current states of tune, the petrol and diesel motors dish out 119 hp and 100 hp respectively. Both engines come paired with a 6-speed manual transmission. The petrol variant can also be opted with a 6-speed stepped CVT.

The 2020 Honda City will continue to fight it out with the likes of Maruti Ciaz and Hyundai Verna. The battle between this trio has been intense with the pecking order shuffling every month. With the new gen, Honda is expected to establish a marked leadership in the segment at least for the first few months.

Global debut of new gen 2020 Honda City is scheduled for 25th November in Bangkok. We expect the 2020 Honda City to make its India debut at the Auto Expo in February before going on sale in the country by March 2020.