Ahead of its launch later this month, all-new Honda City has started reaching specific dealerships

Some of these have ‘All-New City” decals on the sides, which indicate that they are likely to be test drive units. New-gen City was showcased in Bangkok last year in November. India-spec 2020 City will borrow much of its exterior design and styling from the Thai-spec model.

New City takes design inspiration from premium Honda cars such as Civic and Accord. Some of the key enhancements include full-LED headlamps, sportier styling, prominent radiator grille, sculpted bumpers and flatter roof. 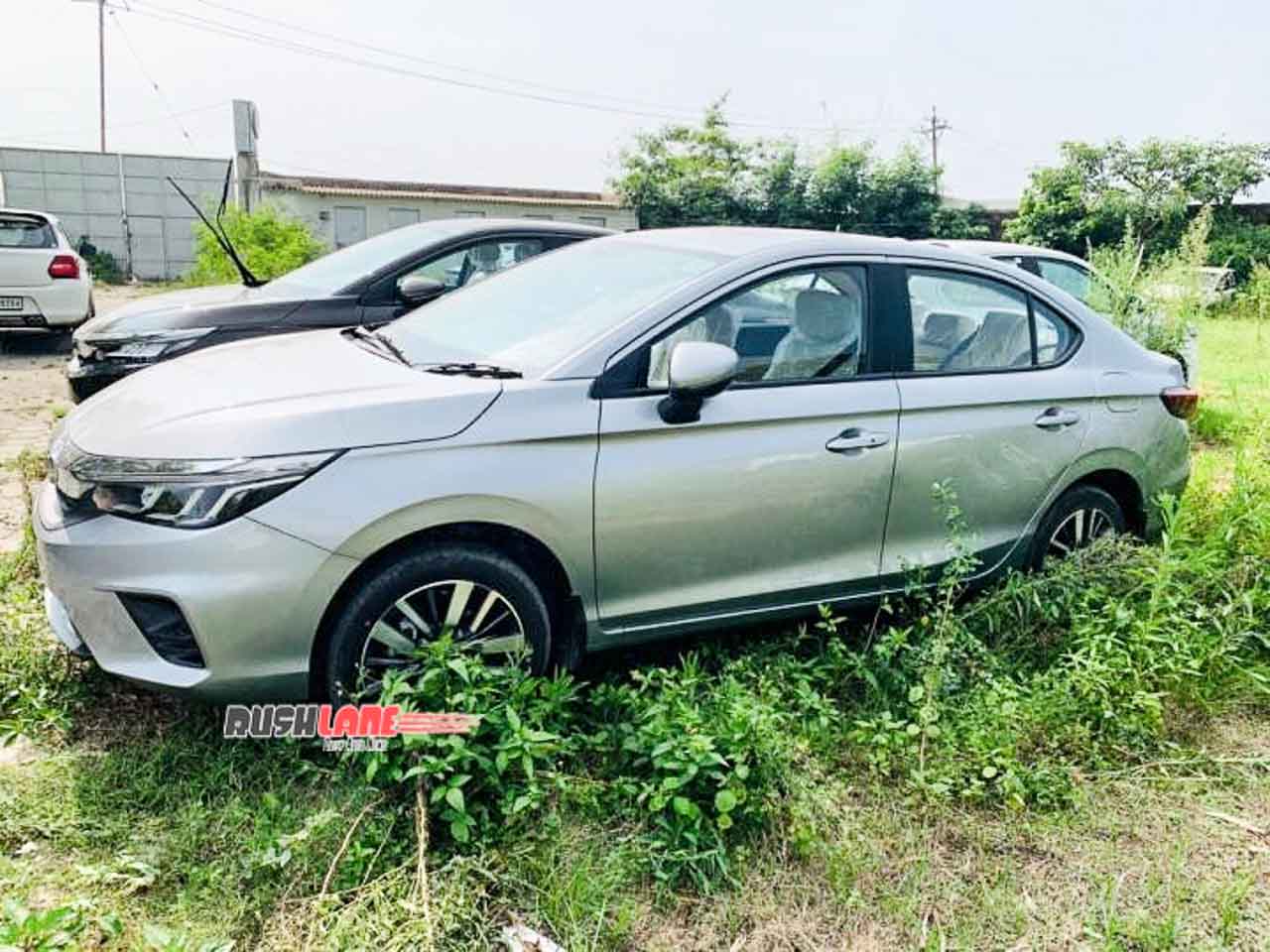 Next-gen City will have both petrol and diesel engine options. The 1.5 litre BS6 compliant i-VTEC four-cylinder petrol unit generates 119 bhp of max power at 6,600 rpm. This is about 2 bhp more in comparison to the older City engine. Increase in performance will be even more as new City is lighter than its predecessor. Torque output stands at 145Nm at 4,300 rpm. Transmission options include a 6-speed manual and 7-step CVT automatic that comes with ‘rubber band’ effect. Fuel efficiency of MT and CVT variants is 17.8 kmpl and 18.4 kmpl, respectively.

The 1.5 litre BS6 i-DTEC four-cylinder unit churns out 99 bhp at 3,600 rpm and 200 Nm at 1,750 rpm. This is roughly the same as earlier. Engine is mated to a 6-speed manual transmission. Automatic option will not be available at the time of launch. New City diesel variant can run 24.1 km on a litre of fuel.

All-new Honda City is expected to retail at a starting price of around Rs 10-11 lakh, ex-sh. It will go up against rivals such as Hyundai Verna, Maruti Suzuki Ciaz, Volkswagen Vento and Skoda Rapid. Customers can book their new City at dealerships for Rs 21,000. Booking works out a lot cheaper at just Rs 5,000 when done via Honda’s online sales platform ‘Honda From Home’.