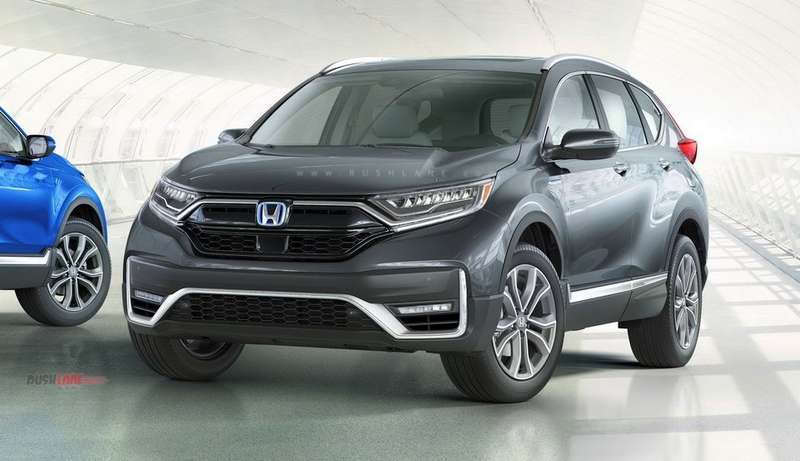 Honda has revealed the new 2020 CR-V Facelift in the US ahead of launch this December. This is the first facelift of the current generation CRV SUV. It is seen with extensive exterior updates but little or no changes in its interiors. The 2020 Honda CR-V is expected to arrive in India late next year.

Where its exterior makeover is concerned, the 2020 Honda HR-V facelift gets a new front bumper, large grille with honeycomb mesh as against horizontal bars as seen on its current counterpart.

It will also receive large LED fog lamps, chrome accents on its airdam and fog lamp housing and while the side profile remains unchanged, designs to the rear include a new rear bumper and dark tinted tail lamps. It also gets a new set of 19” alloy wheels which will make their way onto the top end variants. 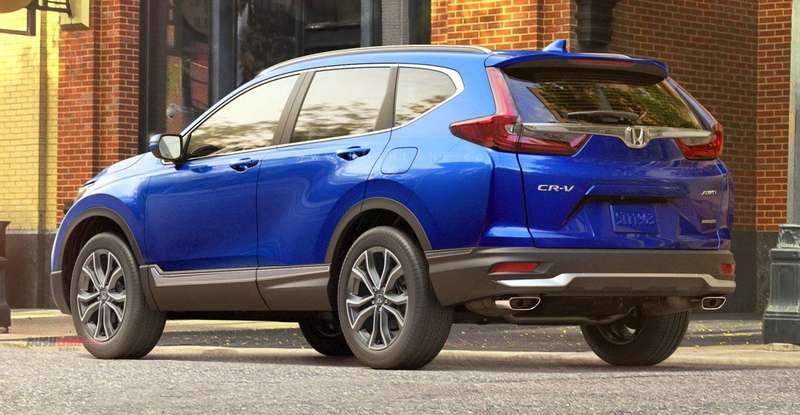 Interiors which follow the same design elements as seen on its current generation model will sport a 7” touchscreen with Apple CarPlay and Android Auto. It also gets a digital instrument console and dual zone air conditioning. The system is powered by Honda Sense suite which deliver info.

Safety features will continue to include the standard set of Airbags, ABS, EBD. In addition to this it also gets automated emergency braking, lane departure warning, adaptive cruise control, blind spot monitoring and lane keeping assist.

Powertrain options will include a hybrid motor for the first time. The 2.0 liter, 4 cylinder petrol engine and two electric motors will offer combined output of 212 PS. This hybrid set up will also ensure significant reduction in fuel consumption while it will be paired with an AWD system sending power to the rear wheels.

Honda CR-V will also be powered by a 1.5 liter turbocharged, 4 cylinder engine offering 190 PS power and 242 Nm torque. The hybrid powertrain is built in US. It remains to be seen if the same will be making its way to the India spec model.

Set to come to India by the end of 2020, the new Honda CR-V could be priced at a premium over current prices that range between Rs.28.27-32.77 lakhs. It will also continue its competition with the Ford Endeavour, Toyota Fortuner, Volkswagen Tiguan and the upcoming SantaFe in India. The current Honda CRV is being sold at a discount of up to Rs 4.15 lakhs in India. Below are photos of facelifted Honda CRV.