The 3rd gen Honda Jazz has started to age, not just in India but even abroad. While international markets had received a proper facelift in 2018, the Indian market didn’t, majorly due to the sub-4 metre tax clause in the country.

Meanwhile, Honda has readied up the next-gen Jazz and it is scheduled to make its debut at the 2019 Tokyo Motor Show on 23rd Nov’19. However, before the official unveil, latest spyshots now showcase the uncamouflaged front-end of the hot-hatch. Images are credit to Creative Trend.

What is evidently visible is that Honda designers have tried to mellow down the aggressiveness in the front, which had become very vocal in the third-gen model, thanks to the sharper lines in design. In fact, it seems as if Honda has tried to bring back the cuteness factor in the next-gen Jazz, something which was very prominent in the second-gen model. 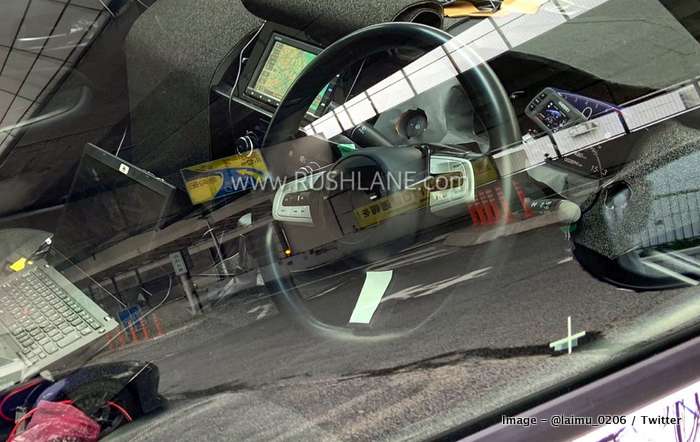 The grille in the upcoming Jazz looks small while headlamps seem to have gone back to a curvaceous profile, with the difference being that they now house LED projector units. The next-gen Honda Jazz will be sharing its underpinnings with the next-generation Honda City. Even in the past, the two models have shared quite a lot, from powertrain to interior components.

As far as technical details are concerned, the next-gen Honda Jazz should measure 3,990mm in length, helping it to avail tax benefits in India. Width of the car is expected to increase, helping Honda to provide more space for the occupants.

Engine line-up will mostly comprise of a 1 litre turbo petrol and a 1.5 litre naturally aspirated motor. Reports also suggest that Honda will be introducing its twin-motor hybrid system on the Jazz, however the choice of engine for the same hasn’t been confirmed.

There is no clarity upon the diesel engine option however if Honda does introduce the BS6 iDTEC motor on the next-gen City, it shouldn’t be much of a task for the Japanese manufacturer to offer the same option to Jazz customers as well. With the fourth-gen update, Honda is also expected to bring back the all-electric version of the Jazz (was earlier available on the second-gen model).

Talking about the Jazz, it is one of Honda’s most widely sold cars. It is sold with two nameplates, ‘Jazz’ and ‘Fit’. In India, Honda had to discontinue selling the second-gen Jazz due to poor volumes, which can be attributed to the steep price which the Jazz commanded.

Relatively, the third-gen Jazz has been more successful in India. However, numbers haven’t been very strong, especially when compared with segment leaders like Maruti Suzuki Baleno and Hyundai i20. Reports suggest that India will get the next-gen Jazz somewhere in 2020. Once launched, it will compete with the current segment leaders, Toyota Glanza and the upcoming Tata Altroz.