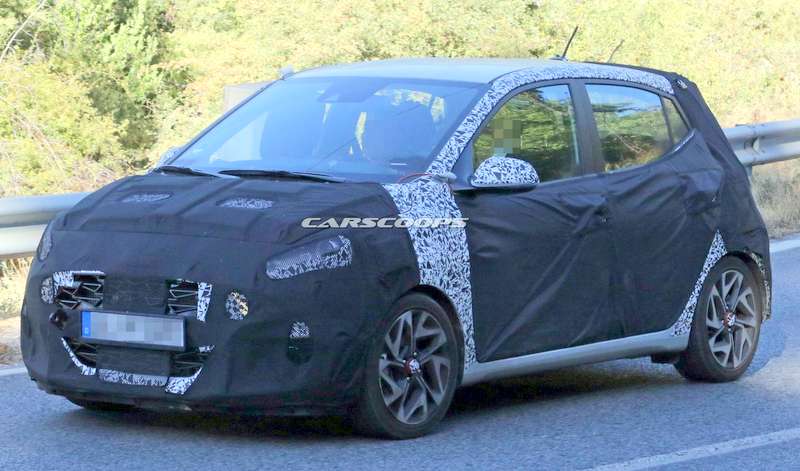 The Hyundai Grand i10 Nios which made its sales debut in India today will also have Europe as its primary market. Just like the old gen model, the new car might sport some Europe-specific styling changes. A fully disguised prototype of the next gen Hyundai i10 spotted in Europe indicates that the South Korean automaker could be working on an N performance variant.

While the basic shape is similar to the new Grand i10 Nios, the prototype spotted in Europe was equipped with dual exhaust tips, indicating that a more powerful variant is in the offing. International media suspects that this is Hyundai i10 N test mule.

Apart from the sporty-looking exhaust tips, this particular prototype is also equipped with large dual-tone alloy wheels (seems to be resembling the Hyundai ‘H’ logo), an interesting grille detailing (different from the checked unit found on India-spec model) and circular DRLs. The design elements are consistent with the teaser sketch that was released in Europe a few days ago. 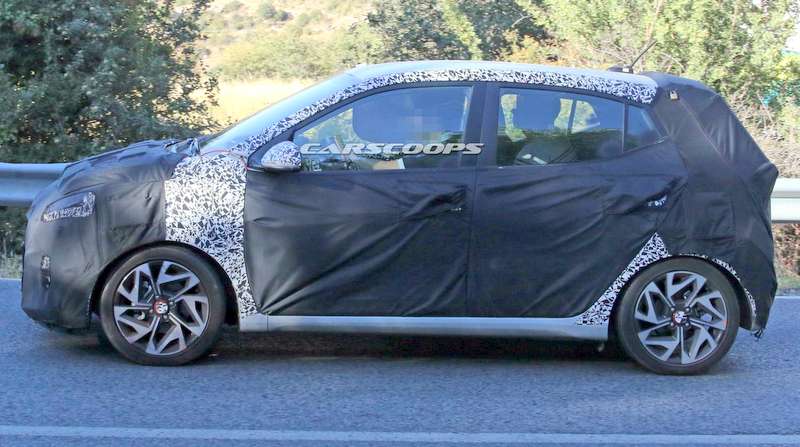 Nothing much else could be deduced from these set of spy pictures but we suspect the hatchback to be equipped with a powerful engine. Going by the potential rivals such as VW Up! GTi, the Hyundai i10 N is estimated to have a power output of around 150 hp. The 1.4-liter GDI turbocharged petrol engine that is found in the Hyundai Venue seems to be a viable candidate.

In addition to a powerful engine, Hyundai’s performance division would equip the hot hatchback with stiffened suspension for sportier handling and upgraded braking system to handle the additional power. Also expect the interior to feature special color theme, branded upholstery, sports bucket seats, and so on.

It is also possible that the N-line for new i10 is primarily a cosmetic exercise. Either way, we would know soon enough. The Hyundai small car is expected to offer both manual and automatic transmissions in Europe. 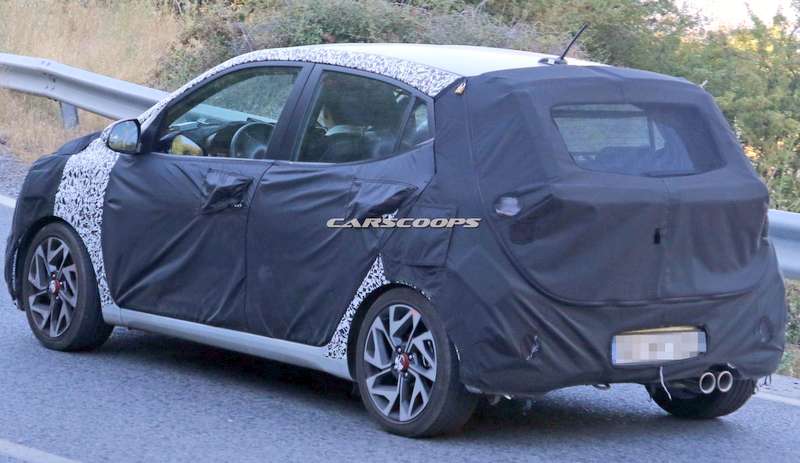 The 2020 Hyundai i10 for Europe will continue to be manufactured at Turkey. The N variant, if launched, would become the most affordable model in Hyundai’s ever-expanding performance lineup. The next gen i20 which is currently under advanced stages of development is also set to receive N performance variant.

We are not sure if a Hyundai Grand i10 Nios N is in the making for India. If it is, then it would lock horns with the Tata Tiago JTP.