2020 Hyundai i20 first official images revealed ahead of launch

To be launched in India by June 2020, the new generation Hyundai i20 has been officially revealed. India is one of the biggest market for the i20.

Ahead of the new gen i20 premium hatchback’s global debut in a few days time, at the 2020 Geneva Motor Show, the first official images of the 2020 Hyundai i20 have been released. These new images reveal the exterior design of the hatchback in detail. The i20 now looks a lot sportier and stylish, highlights being the hook shaped LED DRLs in the front and the Z shaped LED DRLs at the rear.

It gets a new honeycomb grille in the front, finished in matte black. For India-spec, it will most likely be replaced by a cascading grille, as seen on the recently unveiled new Creta. Headlights are all LED, new 16” dual tone alloy wheels, sleek ORVMs with integrated turn indicators and a shark fin antenna. 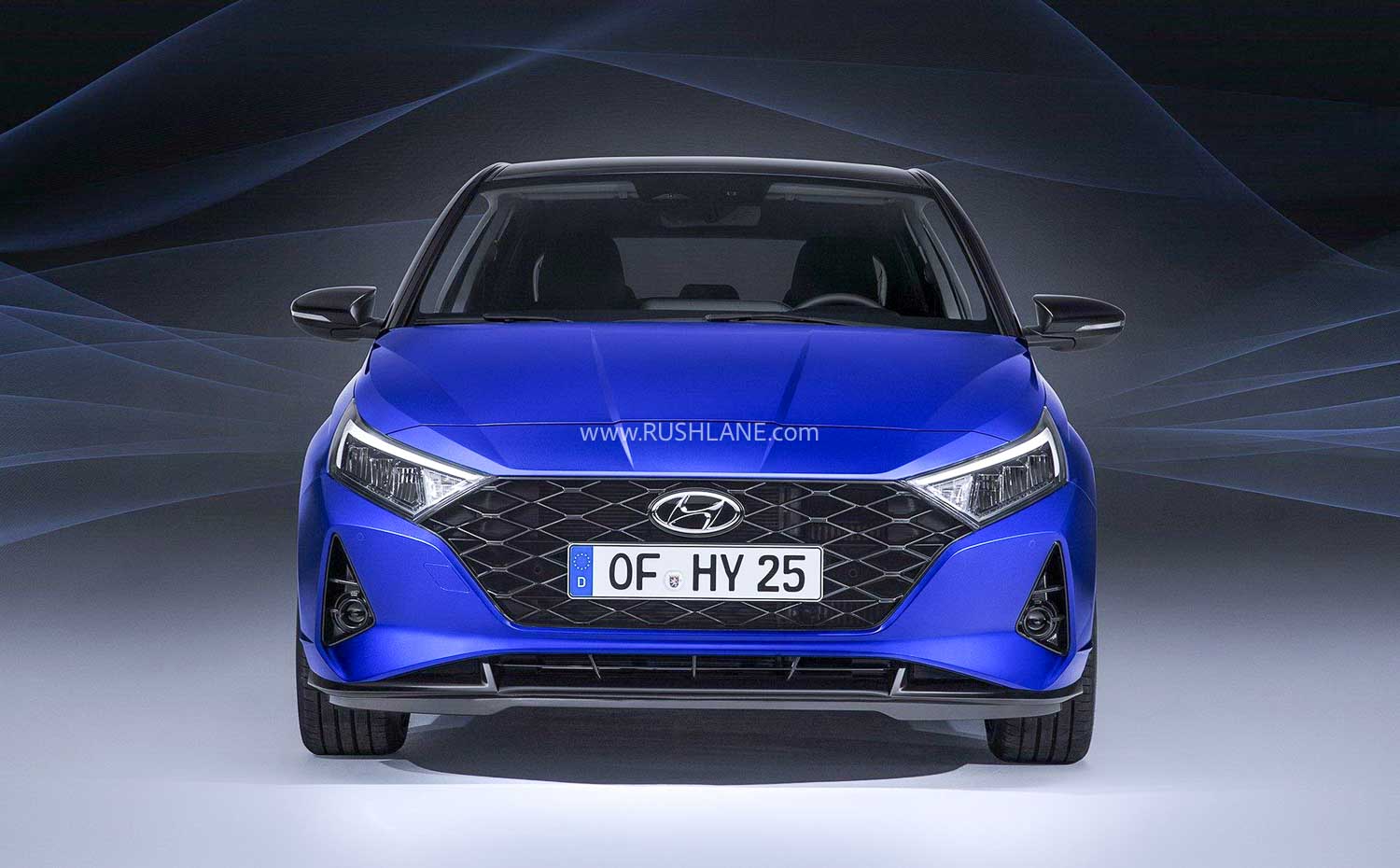 Images show the Hyundai i20 in a dark blue body with metallic black roof. The black treatment is also given to the pillars, and is also extended to the area between the tail lights, which also houses the Hyundai logo. Connecting the two tail lights is a thin strip of LED DRL stop light. This is a new design feature which will be seen in many upcoming cars. VW had shown the Taigun for India with a similar red LED DRL stop light running throughout the rear, in between the tail lights.

Interiors have not been revealed yet. But, based on the spy shots we can confirm that there is a multi function steering wheel, an updated touchscreen infotainment system, digital instrument console, BlueLink internet connected car technology and a host of safety features among which would be cruise control, climate control, steering mounted control, rain sensing wipers and automatic headlamps. 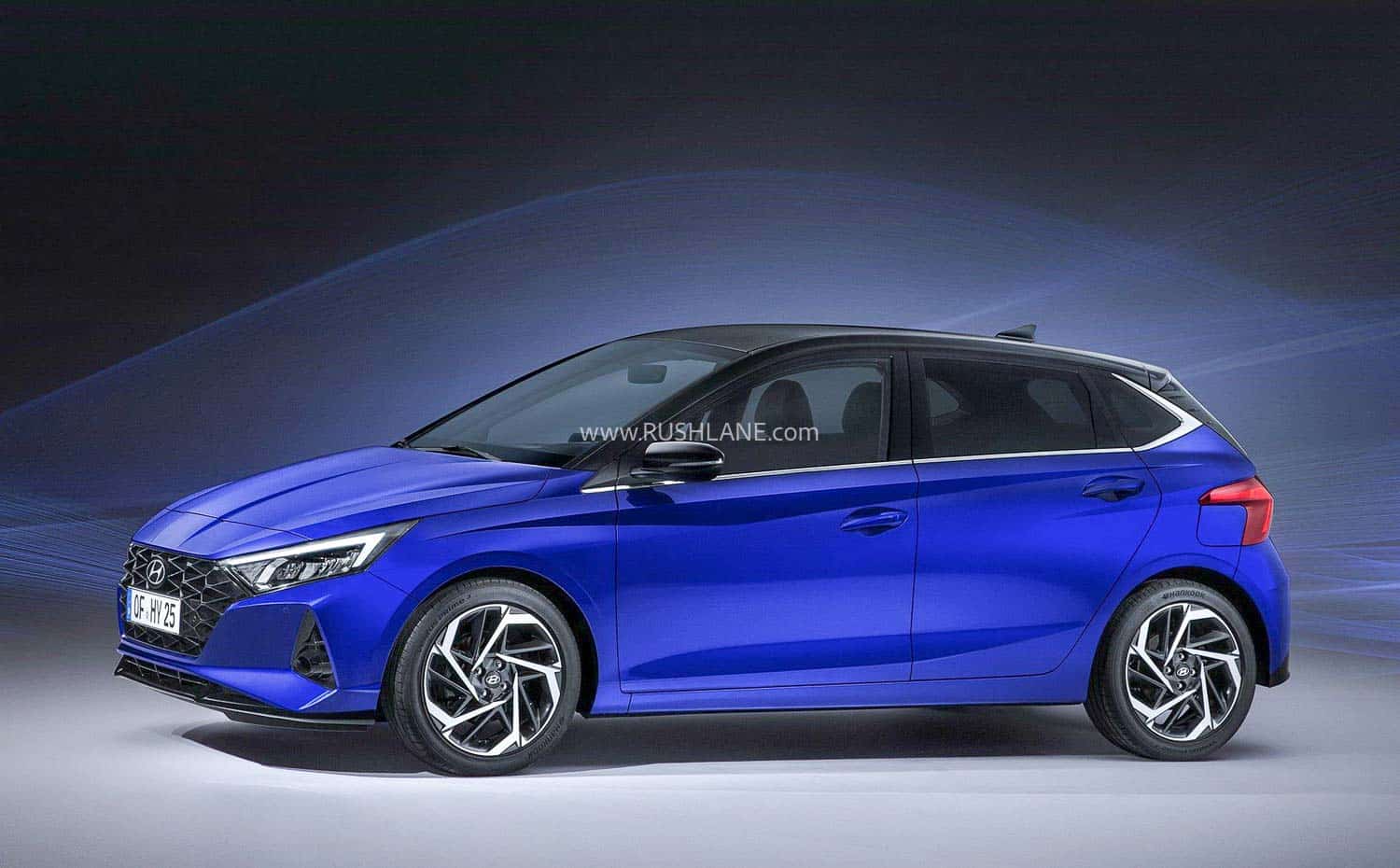 The 2020 Hyundai i20 would be powered by two petrol and one diesel engine option, all of which will be BS6 compliant at the time of launch. The 1.2 liter Kappa petrol engine will make 83PS power and 115 Nm torque while the 1.0 liter turbo petrol engine from Venue. On board the Venue, this engine offers 125 PS power and 172 Nm torque. This same engine has been offered with Grand i10 NIOS and the Aura, in a detuned version of 100 PS.

With Hyundai set to discontinue the 1.4 liter CRDi diesel engine with the adoption of BS6 emission norms, the i20 could get a 1.5 liter CRDi engine that currently powers the Kia Seltos. Expect the diesel engine to deliver about 100 PS and 230 Nm. Transmission option on offer with diesel will only be manual, while with petrol it will get manual as well as automatic.

Expected in company showrooms by mid 2020, the next gen Hyundai i20 will rival the Maruti Baleno, Toyota Glanza, Honda Jazz and Volkswagen Polo along with the upcoming Tata Altroz. Price will be in the Rs 5.5 lakhs to Rs 9.5 lakhs, ex-sh range.