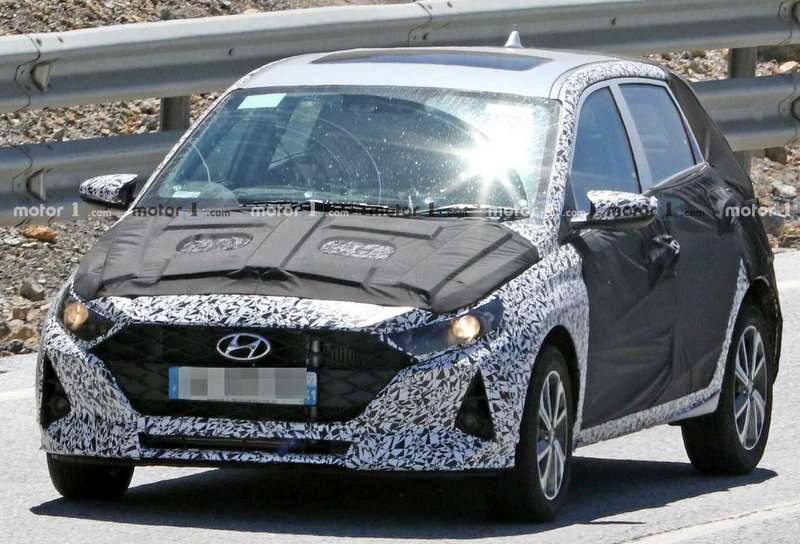 The new Hyundai i20 is taking shape at a brisk pace with world premiere slated towards the end of this year or early next year. The premium hatchback has been an immense success in India since its introduction over a decade ago. With the third generation hatchback, the South Korean automaker would be hoping to upset Maruti Baleno’s reign in our market.

Prototypes of next gen Hyundai i20 are currently undergoing tests in several countries. The latest spyshots of an RHD test mule has been spotted on a public road in Europe, revealing the front fascia. Though the car is covered in camouflage, we can make out the angular elements that constitute the low-slung nose.

The 2020 Hyundai i20 opts for a generously proportioned hexagonal grille with accentuated edges, new peeled back headlamps which merge well with the grille, triangular foglight enclosures and a slit for secondary airdam. The profile doesn’t appear to have changed much and this is not a bad thing at all considering that the current car still has a dynamic stance despite being half-a-decade old. One of the new features which the spy shots have confirmed, is that the 2020 Hyundai i20 sunroof.

Hyundai has taken care to conceal the finer details of the prototype’s rear fascia thus indicating that the changes could be significant. If the newer global Hyundai’s are anything to go by, the automaker will certainly use this opportunity to bestow its popular supermini with modern interiors. We won’t be surprised to see several common bits between the new i20 and Venue.

Equipment list will include multiple airbags, ABS, EBD, ESP, BlueLink infotainment system, and several other goodies. The next generation Hyundai i20 would be betting on its lengthy features list to impress prospective buyers.

Likely to be based on an updated version of the current platform, the third generation i20 would retain its 1.2-liter naturally aspirated petrol and 1.4-liter diesel engines. The Venue’s 1.0-liter GDI turbocharged petrol motor could also join the lineup.

The next gen Hyundai i20 will be rivalling the newly introduced Toyota Glanza, Maruti Baleno, Honda Jazz, VW Polo, and upcoming Tata Altroz in India. Globally, the South Korean hatchback will lock horns with the likes of Renault Clio, Toyota Yaris, VW Polo, Ford Fiesta, and so on.