Details and first ever undisguised photos of the 2020 Hyundai Sonata have leaked online. The car is set to make global debut at the 2019 New York Auto Show, which is scheduled from 19-28 April 2019. New generation Sonata is a premium luxury sedan, which features completely new styling, inspired by Hyundai’s latest global design language.

Setting it apart from earlier counterparts, the new Hyundai Sonata will be offered in a four door coupe format as against its earlier traditional boxy sedan style. Once launched, it will take on the likes of Honda Accord, Toyota Camry, etc. 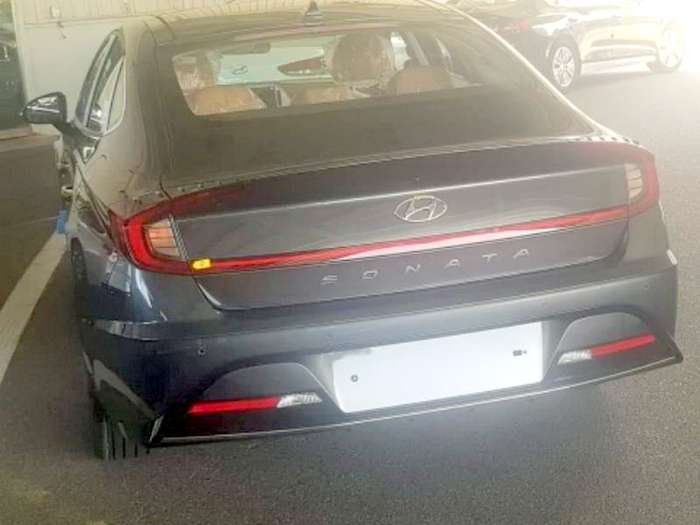 Speaking about the exteriors, 2020 Hyundai Sonata will sport a progressive design and a low roof profile instantly recognizable as a Hyundai. It gets a cascading grille, composite lens headlamp with LED DRLs in the front. The car design seems to be inspired from Le Fil Rouge concept, which was showcased at the 2018 Geneva Motor Show. On the side, the car features a sleek design, with sharp shoulder crease and stylish new alloys finished in dual tone.

At the rear, it features a C shaped boomerang LED tail lamps, which are connected with each other via a LED DRL, that also acts as a stop light. The tail light C section, does remind of the new Honda Civic. Also noticeable at the rear are Hyundai logo and the Sonata badge. Interior updates on the new Hyundai Sonata will also see some changes over the outgoing model in the form of a more premium instrument console and better quality materials. It could also receive ‘shift by wire’ controls that made their debut on the Palisade SUV. Touchscreen infotainment system is new, and larger than before. 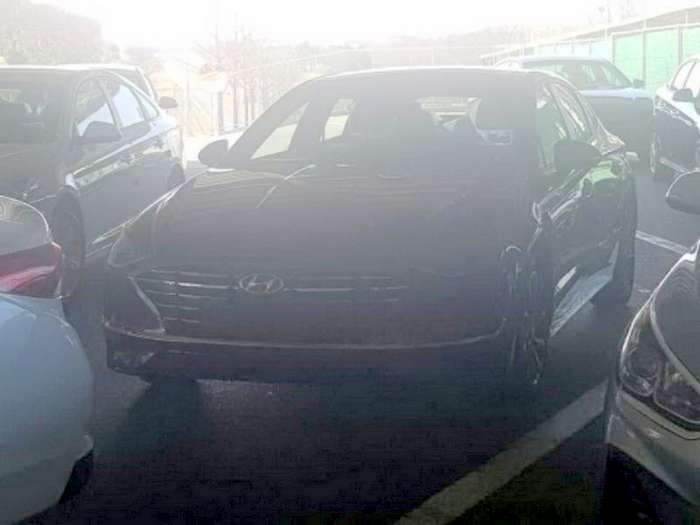 Speaking about engine options, 2020 Hyundai Sonata executive sedan could be powered by the same engine options, which powers the current Sonata. These are 2.0 liter turbocharged petrol and 1.6 liter diesel engine options. It could also be seen with a 2.0 liter petrol electric hybrid option. Launch in India is not on the cards as its earlier counterpart had to be discontinued in India.

2020 Hyundai Sonata will be among 13 new models planned by the three South Korean company, under the umbrella of its three brands – Hyundai, Kia and Genesis. All these new cars will be launched over the next 10-12 months. However, the new Sonata is among the most significant of these launches with production set to begin soon.