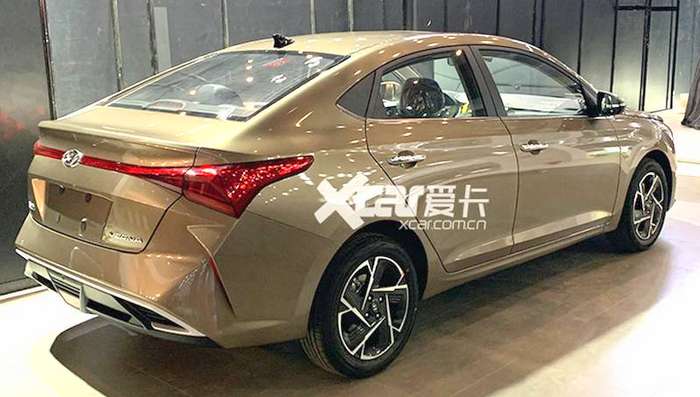 The new generation Hyundai Verna sedan was launched in India back in 2017. Still a rather new car, Hyundai is all ready to unveil the facelifted Verna, at the Chengdu Motor Show. Ahead of the official debut, first images of the undisguised 2020 Hyundai Verna have now leaked online.

The new Hyundai Verna facelift sports a complete change in design – both where its exterior makeup and interior design elements are concerned as compared to its current counterpart.

Exterior updates on the new Hyundai Verna include a large trapezoidal grille in the front, swept back triple pod headlamps, a revised front bumper with silver inserts and new tail lamp cluster which is now connected via a thin LED strip running across the width of the sedan. 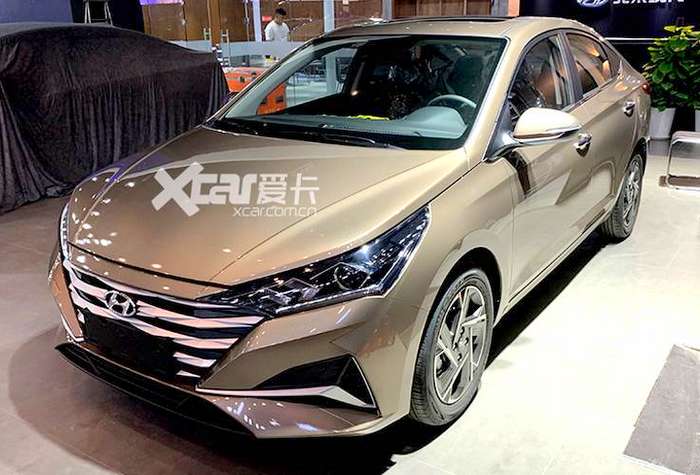 It has also been spied with a sunroof, shark fin antenna and new wheels sporting a monotone colour scheme on the lower variants and dual tones on the top end variants. It was only the exterior of the Hyundai Verna facelift that has been spied in the photos, and hence no details of its interior updates are available as on date. However, considering such radical exterior changes, interiors could also get kitted to sport the latest in comforts and infotainment.

It will receive an updated 8” touchscreen infotainment system as is also seen on the Elantra facelift and Hyundai BlueLink feature as seen on the new Venue, ventilated front seats, wireless charging and an electric sun roof. It will also see updates where safety features are concerned with ABS, EBD and 6 airbags along with cruise control, etc.

The engines get mated to 6 speed manual transmissions as standard and the diesel engine also gets 6 speed torque converter AT and the petrol gets a CVT option. The current lineup of engines seen on the present Hyundai Verna are being done away with in view of new BS VI emission norms coming into effect from 1st April 2020.

Hyundai Verna facelift is likely to be unveiled in India at the 2020 Auto Expo, while launch will take place later next year. It will be priced at a premium over its current counterpart which is sold in a price range from Rs.8.09-14.05 lakhs. Once launched in India, the Verna will continue its rivalry against the Maruti Ciaz, Honda City, Toyota Yaris, Skoda Rapid and the Volkswagen Vento