The new 2020MY Kawasaki Vulcan S BS6 is costlier by Rs 30,000 and comes in a new colour (Metallic Flat Raw Greystone)

India Kawasaki Motors has launched the BS6-compliant 2020MY (2021MY internationally) Vulcan S middleweight cruiser, at a starting price of Rs 5.79 lakh ex-showroom. Compared to its phased-out BS4 counterpart, the new Kawasaki Vulcan S does not sport any major mechanical or cosmetic enhancement. However, it is now offered only in a new colour called Metallic Flat Raw Graystone.

The previous 2019MY version, which came in either Black or Pearl Lava Orange shade, was available from Rs 5.49 lakh or Rs 30,000 less. Pearl Lava Orange was added at a later stage and hence, one can expect the Japanese two-wheeler manufacturer to widen the palette to more options in the near future.

Kawasaki claims that the Vulcan S, with its ERGO-FIT option (meant to make the motorcycle more accessible to riders under 5’8” inches), is a “fun-to-ride cruiser that stands apart” from the usuals. Across the globe, it rivals the Harley-Davidson Street 750. 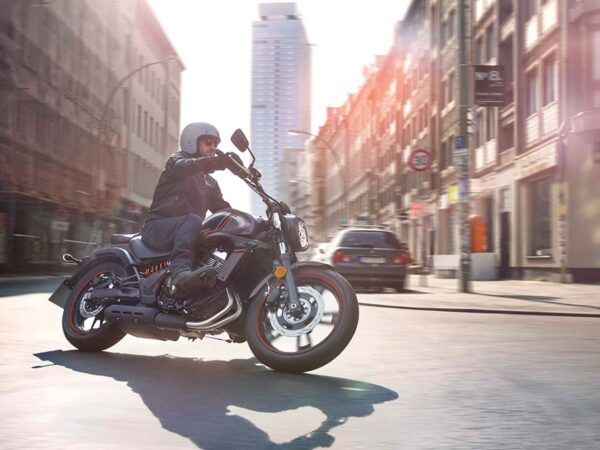 The American motorcycle maker plans to wind up local production in India to concentrate more on key markets such as North America. At the moment, the BS6 2020MY Street 750 carries a starting price tag of Rs 4.67 lakh ex-showroom thanks to a major discount. To an extent, Triumph Motorcycles India’s Bonneville Street Twin (now in BS6 format) and Royal Enfield 650 Twins can also be considered as alternatives to Kawasaki’s latest BS6 middleweight. 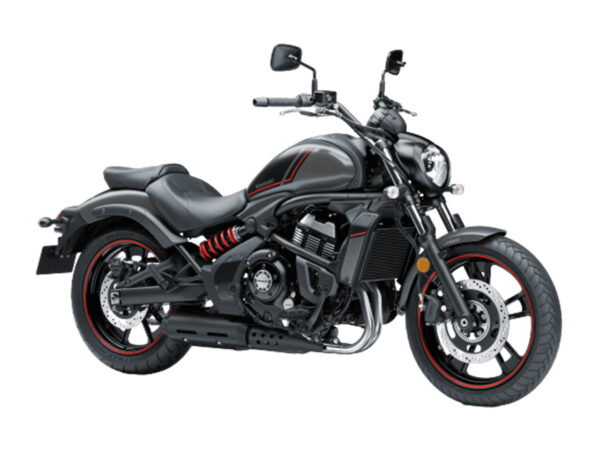 The motorcycle rides on 120/70R18 (F) and 160/60R17 (R) tyres. Braking duties are carried out by 300mm dual-piston and 250mm single-piston disc brakes at the front and rear, respectively. In standard format, the rider sits 705mm up from the ground. Unladen, ground clearance stands at 705mm while wet weight hits 235kg.

As mentioned before, the cruiser shares its power plant with a few other models within the brand. The 2020MY Kawasaki Vulcan S is powered by a BS6-compliant 649cc liquid-cooled DOHC parallel-twin engine making 59.94bhp @ 7,500rpm and 62.4Nm @ 6,600rpm. This is mated to a 6-speed transmission.