Kawasaki India has plans to update their entire line-up to meet the BS6 norms ahead of deadline, which is set to for 31st March 2020.

Kawasaki India has launched the BS6 version of its popular Z900 middle-weight naked sports motorcycle, at an ex-showroom price between Rs 8.50 – 9.00 lakh, depending on the dealership location. The outgoing BS4 version came at an ex-showroom price of Rs 7.69 lakh. Even though price hikes are expected with BS6-updation due to the amount of re-engineering required to the existing power plant, the 2020 Kawasaki Z900 comes with significant improvements in terms of features and styling to justify the bump.

Starting from the equipment side, the new Kawasaki Z900 finally gets riding modes (Sport, Road, Rain and Manual), alongside three-level TCS (Traction Control System) and two additional power modes. Compared to the outgoing model, the design has been updated to the latest Kawasaki theme; especially with the LED headlamp. The motorcycle comes with a 4.3-inch TFT instrument console that integrates a host of functionalities including smartphone connectivity via the Kawasaki Rideology app. 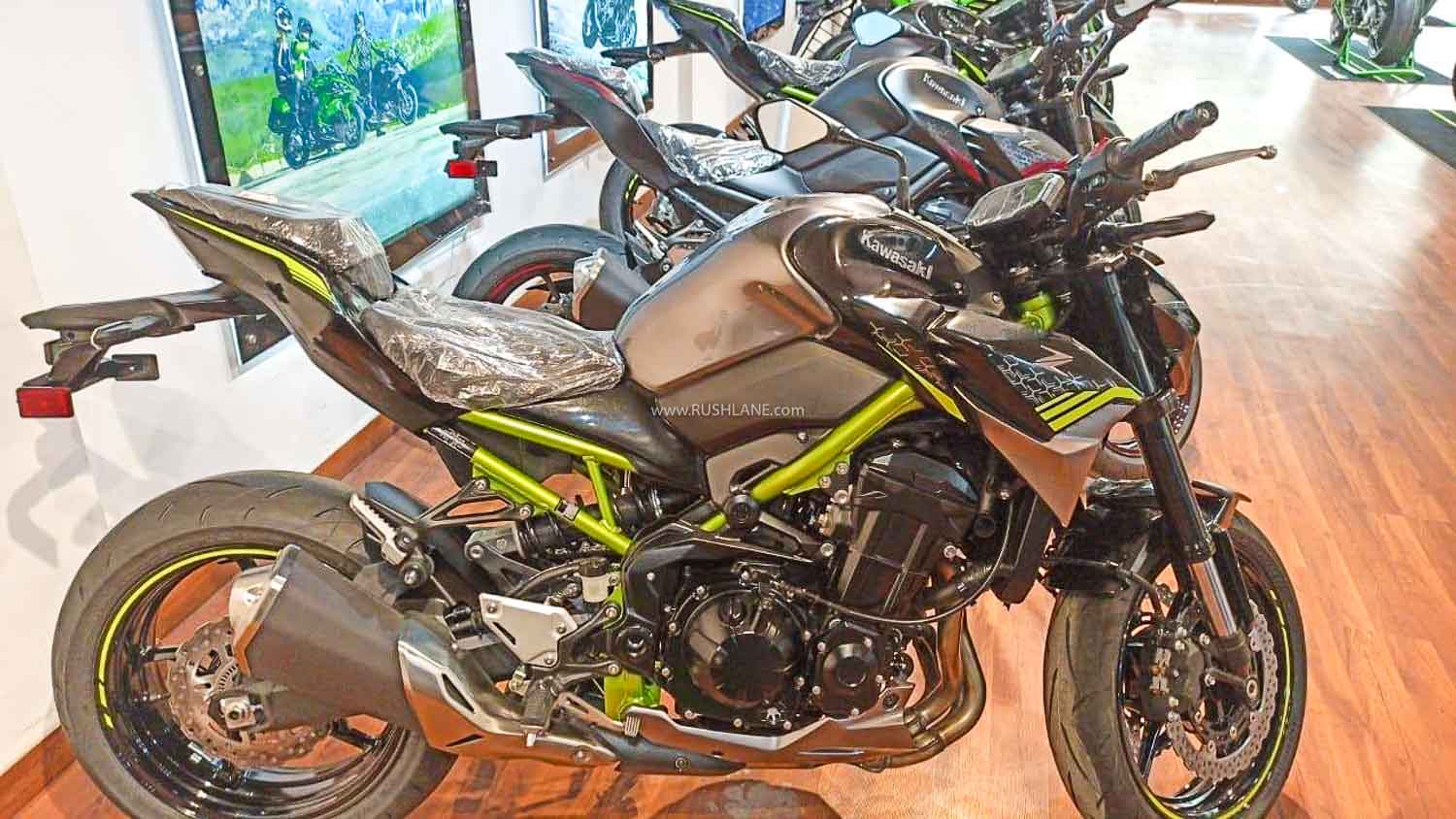 The 2020 Kawasaki Z900 also rides on a new set of Dunlop Sportmax Roadsport 2 tyres that promise better performance on wet roads. Almost all the other components such as the frame, suspension and the braking system remain unchanged. In most instances, updating to stringent emission norms often come at the price of reduced engine performance since making a power plant cleaner is, in a way, similar to ‘choking’ it. This is particularly evident in low-capacity engines such as the affordable motorcycles currently available on the Indian market.

However, Kawasaki India has impressed its fans by bringing no drop to the Z900’s output despite undergoing effective measures to cut down emissions. The 948cc inline-four engine makes around 123bhp at 9500rpm and 98.6Nm of torque at 7700rpm. A 6-speed gearbox does the shifts via a slip-and-assist clutch.

Kawasaki motorcycles have always offered superior value for money on the premium side of the two-wheeler market even though there are cheaper and arguably better offerings to their entry-level products such as the Ninja 300, Ninja 400 and Versys X-300. However, the Kawasaki Z900 (and its predecessor, Z800) has always managed to strike the right balance by being a compelling choice rather than an outright performer for its displacement and number of cylinders.