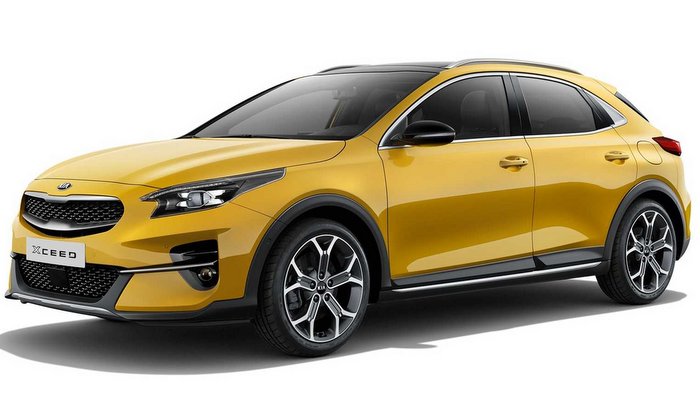 Kia Motors has revealed the new 2020 Xceed which has been created exclusively for Europe. 2020 Kia XCeed will be positioned on the same platform and wheelbase from the Ceed hatchback and Proceed wagon. It boasts of new styling and larger dimensions as compared to the Ceed hatchback.

Kia Xceed is seen here in a distinctive exterior colour scheme of ‘Quantum Yellow’. The compact crossover is 26mm wider at 1,826mm and taller at 1,490mm than the Ceed. It is also 85mm longer at 4,395mm and ride height has been increased by 42mm to 174mm. It gets 16/18″ alloy wheels, and distinctive body cladding. Xceed features include sleek headlamps on either sides of its tiger nose grille.

Fog lamp extensions are seen on its bumpers. Xceed features faux skid plate, raked tail gate with sculpted bumpers, and well designed tail lamps. Increased dimensions as compared to its hatchback counterpart Ceed, results in added interior space, and a 426 litre boot space. This can be expanded to 1,378 litres by folding the rear seats in a 40:20:40 format. Other interior designs stay the same as that seen on the Ceed hatchback. 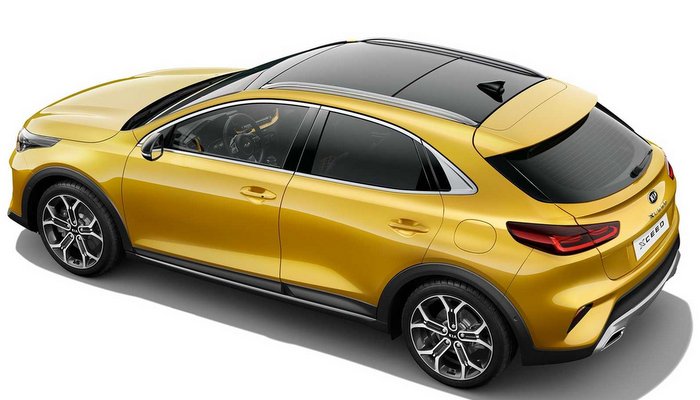 Kia has also confirmed that engineers have reworked the spring rates. Thereby, softening them by 7 percent in the front, and 4 percent at the rear, for better comfort. A new dynamic damper system allows for lower road noise and vibrations. Kia also claims that the XCeed will be highly advanced in terms of technology and safety.

Engine specifications are the same as those seen on the Ceed. This includes 1.0 litre, and 1.4 litre units. The larger 1.6 litre petrol engines from Ceed and Proceed GT will be mated to 6 speed manual or DCT. It will also include hybrid and mild hybrid powertrain options.

No pricing detailed has been revealed as on date. But one could expect a price range from £19,000 for the base variant to about £25,000 for the top sped GT models. 2020 Kia XCeed will rival Ford Focus Active and Volkswagen Golf Alltrack, along with similarly sized compact crossovers such as the Toyota C-HR, Honda HR-V and Mazda CX-3.